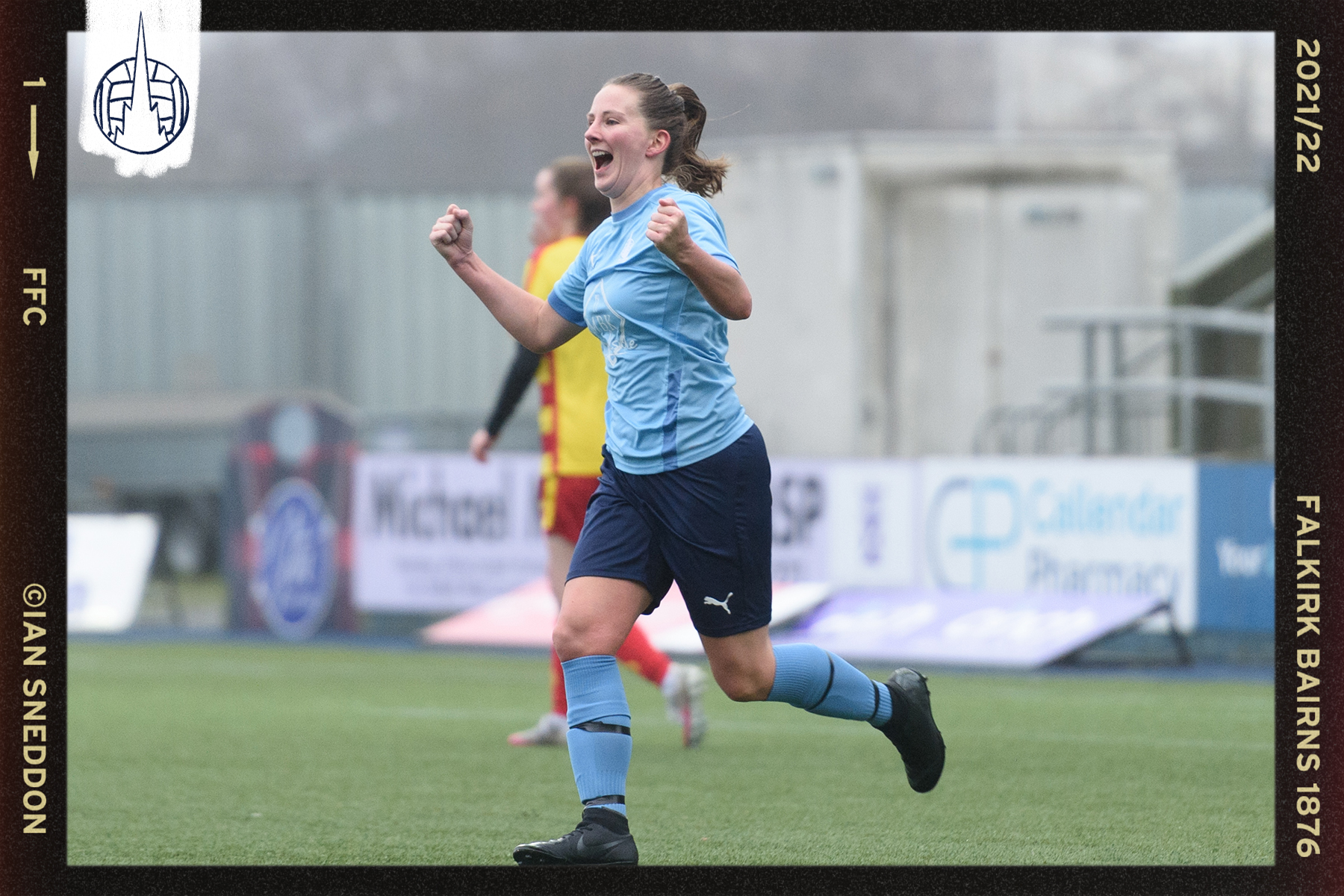 When the draw for the Scottish Cup was made it’s safe to assume nobody at Falkirk wanted to face Rossvale, as the league leaders currently sit ten places above us and have been in impressive form this season. Despite this, the women completed an unbelievable comeback in extra time to advance to the next round.

Rossvale started extremely well, pinning Falkirk back right from the start. In the opening 16 minutes Falkirk goalkeeper Rachel Docherty made several good saves and the home club survived a strong penalty claim when captain Chelsea Raymond appeared to handle a shot in the box. A goal felt inevitable and it duly arrived in the 17th minute when no less than four Rossvale players were left unmarked at the back post and their number 18 headed home. It should have been two in the 23rd minute when Rossvale’s most dangerous player ran clear of the defence, evaded a challenge from Docherty and then shot wide with the empty net at her mercy. It was only delaying the inevitable though as the second goal arrived on 28 minutes. A poor defensive clearance went straight to the Rossvale number 24 and she volleyed it into the net.

With almost half an hour gone the game looked over, However, two minutes later Falkirk were awarded a free-kick within range of the Rossvale box. Deadball specialist Lauren Simmons stepped up and added to her direct free-kick goal tally.

Whatever manager Craig Muir said in his team talk at half-time seemed to make a difference as Falkirk came out looking like a completely different team. They chased, harried, closed down and managed to keep the ball up the other end of the park for long spells to give their defence some respite. Rossvale were still very dangerous going forward but for every question they asked, keeper Docherty had an answer. She made several saves which later led to the Rossvale staff giving her man of the match as she kept the Glasgow side at bay. Midfielder Claire Taylor couldn’t have been far behind as she tackled everything that moved while the movement of striker Eva Rule caused problems any time she went near the Rossvale defence.

Rule would be involved in the decisive moment of the game. With three minutes to go, she latched onto a through ball and shot home to level the tie and ensure that it went to extra time.

Our girls suddenly had a spring in their step while Rossvale looked leggy. As extra time began we were winning most of the 50/50s and Rossvale chances were nowhere near as frequent as they had been previously. Just over halfway through the first half, the ball was threaded through to Ellie Murray. Despite playing two levels above where she usually does, the Falkirk High School pupil turned inside her marker, drove into the box and got her shot away a second before she was clattered to the ground by a heavy challenge. Her shot beat the keeper despite the challenge and put Falkirk ahead for the first time in the game.

It was Falkirk who had the best chances following the goal. Rule attempted an audacious lob from well outside the box which beat the keeper only to be thwarted by a defensive header on the back post. Then, with four minutes to go, Falkirk were awarded a penalty when a shot cannoned off a Rossvale hand. Unfortunately midfielder Rhianne Ferguson put it wide. Coming on as a second half substitute, Ferguson assisted two goals playing a pivotal role in a victory which few expected before kickoff. A battling performance against the league leaders sees the women into the next round of the Scottish Cup.