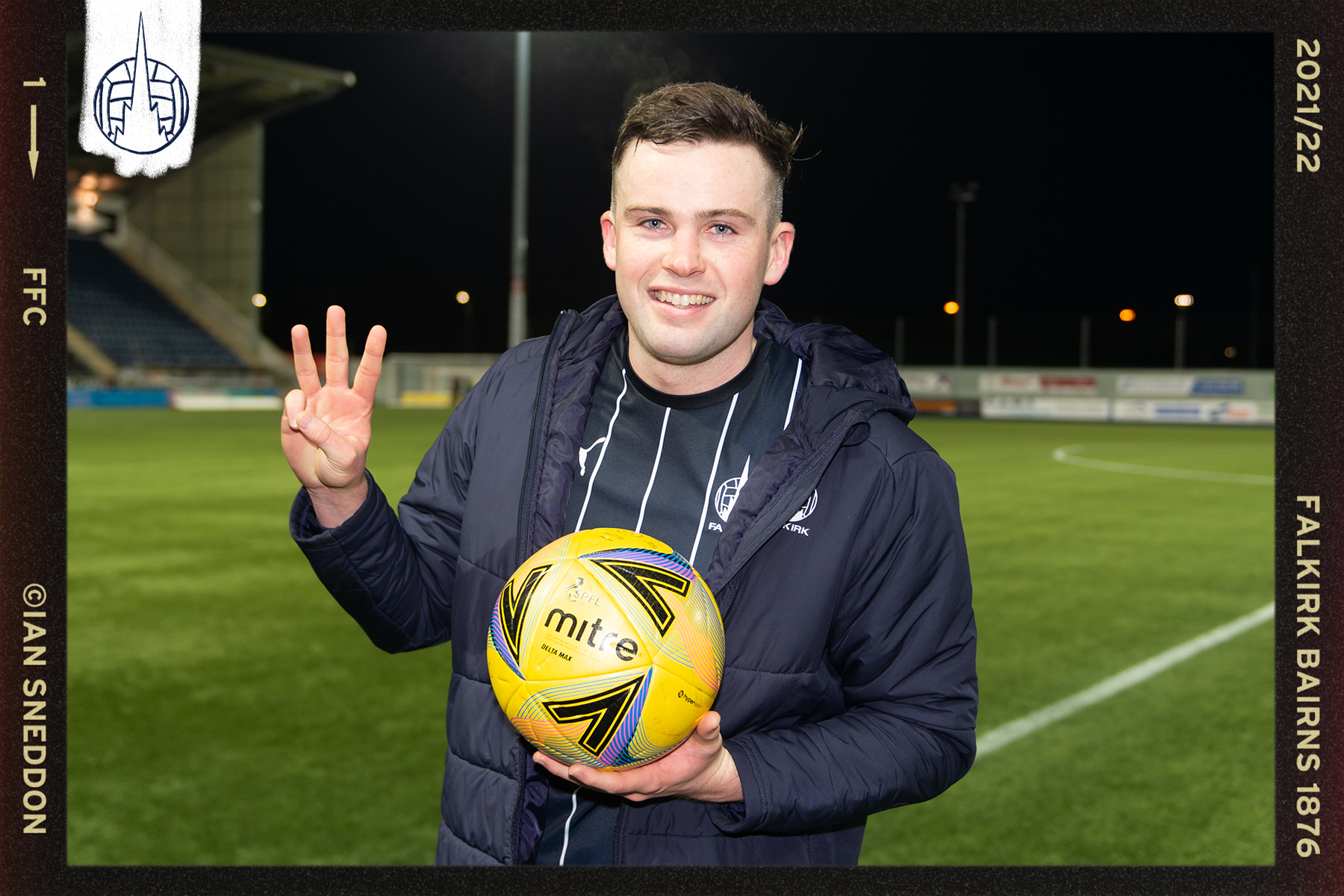 Martin Rennie gained his first win as Falkirk manager in emphatic style, with a 6-2 victory over Dumbarton.

Goals came in the form of a hattrick for the returning Anton Dowds and a debut goal for Aaron Taylor-Sinclair, with Calumn Morrison and Aidan Kenna also grabbing a goal each.

Falkirk started the match with intent, opening the scoring in the early stages of the first half. A wonderful period of play resulted in Ryan Williamson receiving the ball on the right-hand side of the opposition box, and the on-rushing Anton Dowds was able to meet the resulting cross with an easy finish past the Dumbarton keeper.

The Bairns didn’t look content with just the one goal advantage, and minutes later found themselves two goals to the good. Dowds pounced on a slack pass from a Dumbarton player and found Calumn Morrison with a through ball in plenty of space in front of the opposition goal. The Falkirk number seven showed great composure to round Sam Ramsbottom in the Dumbarton goal, before dispatching an easy finish into the back of the net.

Another great period of play almost seen the Bairns go three goals up. Morrison again found himself on the right-hand side of the opposition box and demonstrated great skill to work himself into a good position, his effort however was blocked by Ramsbottom. The deflection was met by Craig McGuffie but again the keeper was there to save.

Dumbarton caused a momentary cause for concern with a Stuart Carswell strike from distance going just wide of the top right-hand corner.

The Bairns then fashioned another opening with Morrison again finding himself one-on-one with the keeper. Morrison’s effort, however, was met by the outrushing Ramsbottom who did enough to block the effort.

Dumbarton still remained a threat, however, as an early cross from a Dumbarton player found the head on Connor Duthie, with the opposition player only able to head his effort into the side netting

It would then be three goals in the first half. Dowds did well to latch onto a slack pass from a Dumbarton defender, the Bairns midfielder then glided by two opposition players before nestling his shot into the net for Falkirk’s third of the afternoon.

Falkirk started the second half where they left off, placing the visiting side under severe pressure, with a Dowds’s pass splitting the Dumbarton defence open and finding Morrison in the process. The Bairns number seven looked all but certain to score another, but the post came to the visitor’s rescue on this occasion.

Nevertheless, it wasn’t long until Falkirk grabbed their fourth of the afternoon. An inviting corner was flicked into the path of Aaron Taylor-Sinclair who forced the ball home for a goal on his debut. The defender looked to have put the game beyond all doubt.

Yet, Dumbarton had other ideas and looked to mount a comeback. First, a strike from Paul Paton, took a heavy deflection leaving Patrick Martin helpless in the Falkirk goal, then Dumbarton were awarded a penalty which Stuart Carswell was able to convert from the spot to make it 4-2.

However, Falkirk quickly quashed any threat of a comeback with another goal, substitute Aidan Kenna hitting home following a whipped cross from Charlie Telfer.

The visitors again tried to hit back, but Patrick Martin produced a spectacular save from a headed effort by Conner Duthie, getting down well to palm the ball away from danger.

Anton Dowds then rounded off Falkirk’s impressive home display with another goal. The striker capitalised on a defensive mishap from Dumbarton, taking the ball from the opposition keeper and passing it into an empty net for a hattrick on his return to first team action.

This result sees Falkirk climb the table into fifth position.