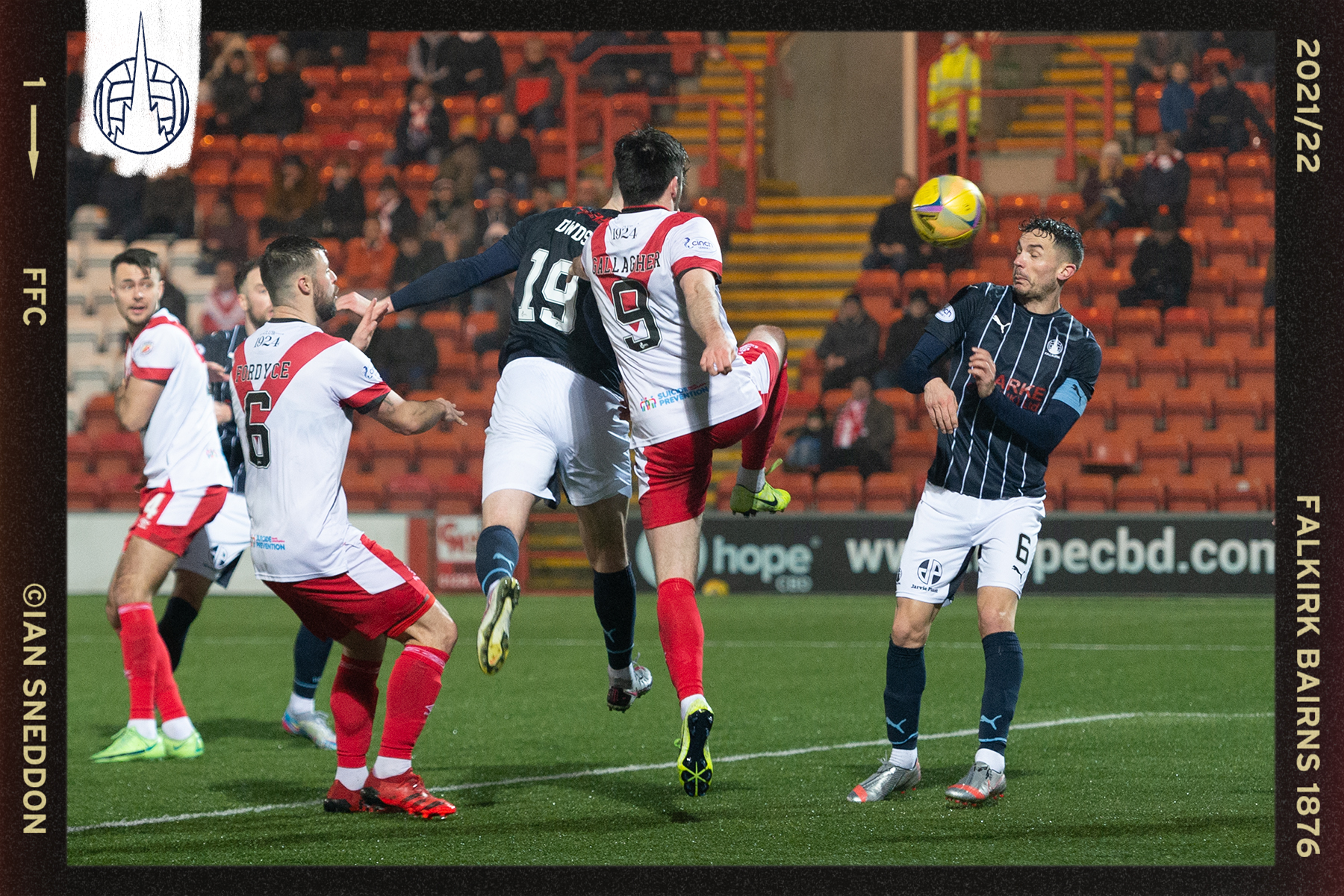 It was a game full of goals and controversy as The Bairns lost to Airdrieonians by three goals to two.

The game started end to end, with both sides looking dangerous on the counter without creating clear cut chances. The hosts began to control the game after the opening spell and the first real opportunity came as Dylan Easton drove forward before playing in Adam Frizzell, who’s shot was well saved by Paddy Martin. The Bairns goalkeeper then went down with no player nearby after 20 minutes but was able to carry on following extensive treatment on what appeared to be an ankle injury. Shortly after the resumption of play Falkirk had the best chance of the game so far against the run of play. Anton Dowds played Charlie Telfer down the left flank as The Bairns countered at speed. The midfielder’s cross was inch perfect and found Callumn Morrison in the centre, but the Falkirk number seven headed over unchallenged from six yards out.

Less than ten minutes later Falkirk found themselves down in the match. The Bairns defence struggled to clear a set piece, and Callum Fordyce was able to capitalise on the confusion as the ball came to him inside the box and he finished past Paddy Martin. As the game approached half time Falkirk searched for an equaliser and should’ve had it with seven minutes left in the opening period. A set piece from deep caused concern for the Diamonds’ back line, with Ben Hall looking to be hauled down in the box before the ball fell to Callumn Morrison just outside the six-yard-box. His shot was a poor one that was easily kept out by the goalkeeper, and soon Airdrieonians doubled their lead. A team goal cut through the Falkirk defence, with Scott McGill making no mistake after being played clean through a few minutes before the break.

Falkirk came out for the second half with their heads up and almost immediately managed to get back into the game. A corner found Brad McKay whose well placed header bounced off the crossbar on its way to reduce the deficit to one. This began a second period that saw The Bairns dominate as much as they had struggled in the first half. This domination resulted in few clear-cut chances, but they had a golden opportunity to equalise in the 77th minute as Aaron Taylor-Sinclair headed  a set piece wide from only three yards out. This miss would prove costly, as the home side went on to take advantage of a series of defensive mishaps to score through Adam Frizzell with three minutes to go.

Despite the hammer blow of conceding again so late on The Bairns reacted well, driving the hosts back and winning several set pieces in the closing stages, one of which resulted in Falkirk pulling it back to one for a second time. Aaron Taylor-Sinclair’s header goalward was nodded in by Anton Dowds for the striker’s fourth goal in two games since returning to the club at the start of the new year.

Despite keeping it close with a couple of desperate late attacks, The Bairns couldn’t salvage anything from the match and Airdrieonians took all three points.