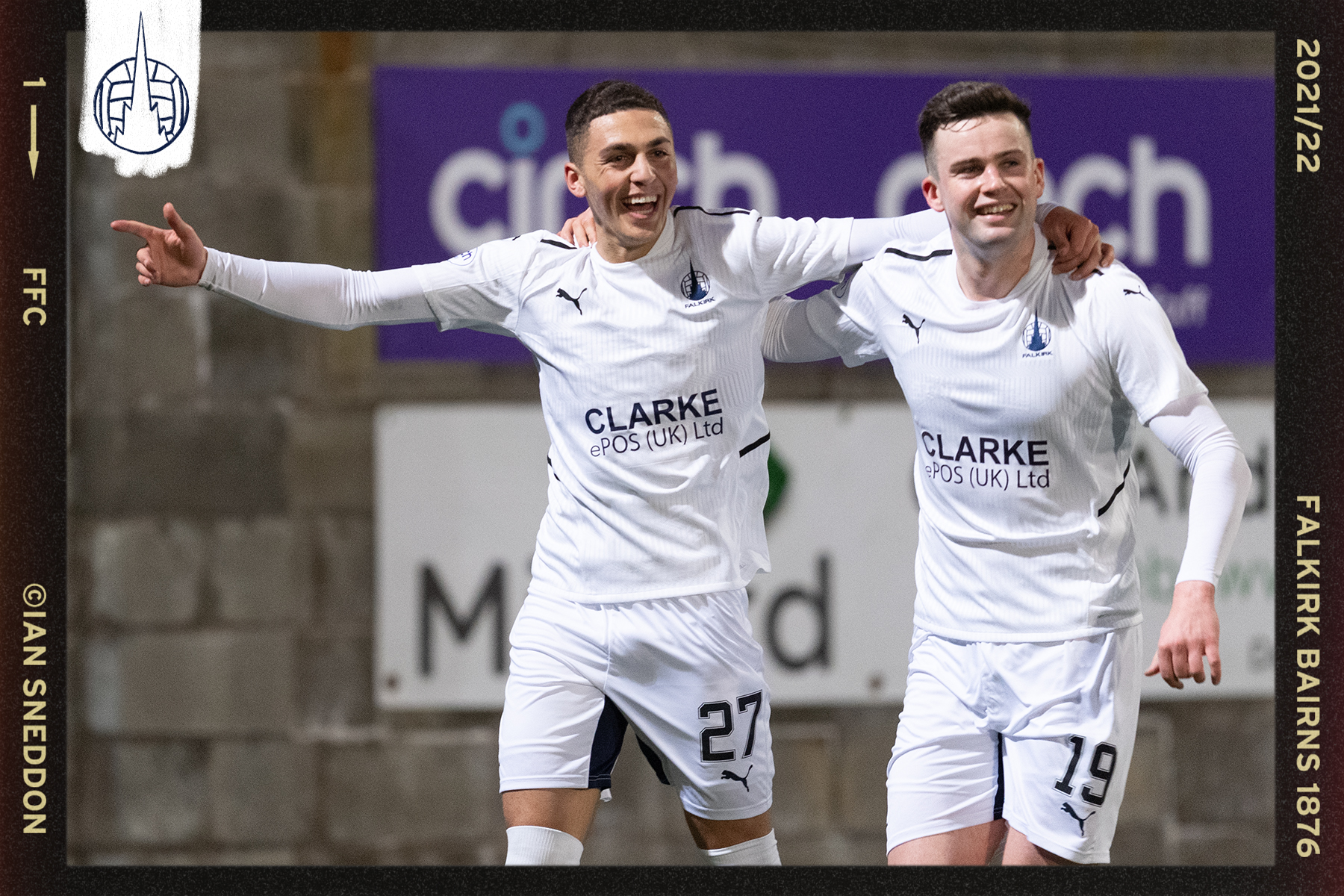 A Jaze Kabia debut double was enough to take all three points this afternoon in Methil.

The game got off to a slow start with both teams struggling to settle into any kind of rhythm.

It took until the 17th minute before a dash of excitement was added to the match when Danny Denholm latched onto a forward pass and looked to be heading one-on-one with Paddy Martin before Ryan Williamson intervened with a timely challenge to clear the danger.

Two minutes later Williamson found himself charging up the right wing with the ball before playing a low cross into the box but nobody could meet it and the change was gone.

The fast pace continued as the home side attacked a couple of minutes later, forcing Paddy Martin to make a smart save low to his right hand side. The resulting corner kick was a dangerous one but the effort from an East Fife head flew narrowly over the bar.

Just a few minutes later the home side were dealt a game changing blow as goalkeeper Jude Smith saw red from the referee. A slack back pass put Smith under pressure, causing him to lose possession to Anton Dowds. The panicked ‘keeper then smothered the ball outside the box and received his marching orders.

Both teams saw a handful of chances before the the break but nothing clear-cut. Charlie Telfer attempted a couple of shots from outside the box but none of them troubled East Fife’s substitute goalkeeper. The best chance of the half fell to the home side after a long range shot was drilled at Martin’s goal. The shot was blocked in the box and bounced around dangerously but fortunately no player in yellow could capitalise.

The Bairns emerged for the second half with a new face on the pitch as new loan signing Jaze Kabia replaced Aidan Keena who had taken a knock in the first half.

It didn’t take long for the young Irishman to get off the mark as he met a pinpoint Craig McGuffie cross to nod home the opener just 6 minutes after the restart.

The next 20 minutes saw a couple of good chances for both teams as some good play down the left saw McGuffie pick out Dowds in the middle of the box but he couldn’t get a shot away. East Fife then replied with an effort of their own after winning a free kick 20 yards from goal. Paddy Martin was again forced to make a terrific save to preserve Falkirk’s lead.

East Fife began to commit more players forward as the clock ticked towards the 90 minute mark. It was in the 90th minute that they came agonisingly close to an equaliser following another save from Martin. The resulting corner saw the home team get an effort on an open Falkirk goal but Leon McCann was there to save the day, heading the ball clear off the line.

Just a minute later the game was put beyond doubt. A long searching ball from deep found Jaze Kabia who took the ball down on his chest and fired past the goalkeeper to seal three points for The Bairns on his debut.