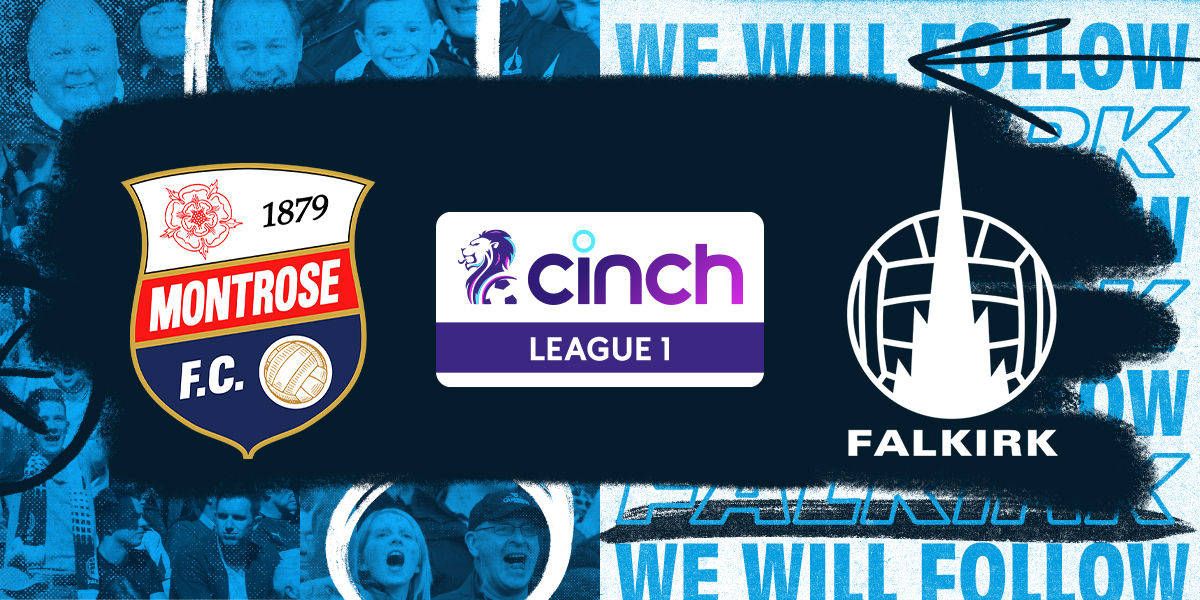 Next up for the Bairns is another away match as we travel to Links Park to take on Montrose.

Kick off is at 3pm, Saturday 29th January, Links Park.

The last meeting between the two ended in defeat for The Bairns as Montrose picked up their second win over Falkirk since 2019.

A Cammy Ballantyne goal towards the end of the first half was enough to seal all three points for the visitors in what was a frustrating game. The Bairns had a chance to rescue a point with seven minutes left on the clock after being awarded a penalty kick but Callumn Morrison couldn’t convert it.

Montrose went through a shaky run of form earlier in the season but ave since picked up more wins to see them climb the league table. The Gable Endies have won four of their last seven league games but are currently without in win in two, suffering a defeat at the hands of league leaders Cove Rangers last weekend and coming from behind to earn a point against Alloa the week before.

The Bairns have managed to pick up a couple of wins over the last few weeks, one being a 6-2 demolishing of Dumbarton and the latest being a 2-0 win away to East Fife which saw new loan signing Jaze Kabia come on at half time and score a brace to seal the win.

Martin Rennie’s men sit fifth in the table on 28 points, just one point behind Queen’s Park in fourth.

Tickets are now on sale via Montrose FC and can be purchased HERE.

Ticket prices are as follows:

There will be no cash gate for away fans. Tickets must be purchased in advance.

Please note that Covid Passport / Lateral Flow checks may be in place for this fixture.

PPV will be available to purchase over the coming days and can be bought HERE.

Falkirk TV will be streaming the game live for overseas Subscribers.