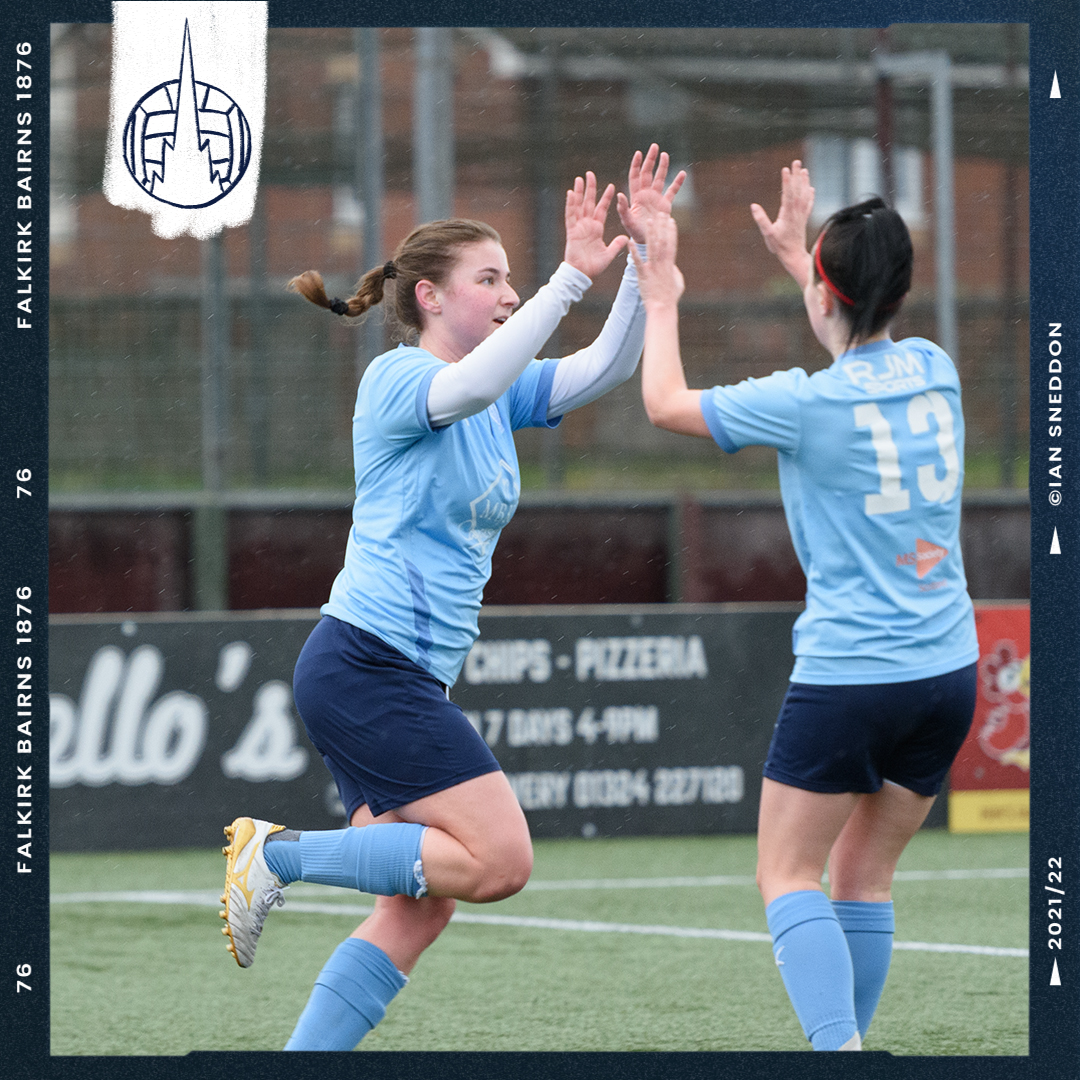 Falkirk made the short trip to Ochilview on Sunday to play a game which opponents Stenhousemuir were evidently looking forward to, at least judging by their social media beforehand. A pre-match comment from their head coach to “get the game killed in the first half” was probably pinned up in the Falkirk dressing room.

Stenny had an early chance with a header in the box, but their striker put it over. The same player then had a chance from a defensive mix up but with goalkeeper Sarah-Louise Waugh out of position team captain Laura Dickson did brilliantly to block the shot into what would have been an empty net. The hosts were having marginally having more of the ball but had a scare when Falkirk winger Zoe Taylor had a shot from the edge of the box. That one didn’t trouble the keeper too much, but the next one did.

As mentioned in last week’s report, Simon Stainrod scored direct from a corner kick against Lindsay Hamilton of St Johnstone. Midfielder Anna Goorevich emulated that in the cup tie against Golspie, before doing it again on Sunday! The Stenny keeper was completely unchallenged but still couldn’t stop the in-swinging corner landing in the back of the net on 26 minutes. Stainrod was called God by the Falkirk fans, but even he couldn’t score direct from a corner in two consecutive weekends. Goorevich just did.

Between Goorevich, last week’s MOTM Sophie Rupp and former captain Chelsea Raymond, the Bairns are benefitting from having several US players in their team. USA are of course the highest ranked women’s national team in the world.

Just to prove the earlier goal wasn’t a fluke, Goorevich produced another cracker on 41 minutes.  From the edge of the box, she curled a freekick over the wall and placed it perfectly between the keepers despairing hand and the underside of the crossbar. Falkirk had their second of the match. This only made it 2-1 however, as Stenny had pulled a goal back in the 28th minute.

The halftime score should probably have been 3-1 to Falkirk as Emma Meaney had been put clean through for a one-on-one with the keeper, but she’d sadly placed her shot wide.

The third goal wasn’t long in coming though. Taylor happily accepted the ball following a defensive error, going past the keeper and rolling it into it into the empty net on 56 mins. 3-1 Falkirk.

That cunning plan of killing the game seemed to be going somewhat awry for Stenny.

The weather had deteriorated with heavy rain & wind, and this made the remaining 30 minutes a bit of a slog. Stenny pulled a goal back again with a header from a corner on 60 mins, but chances were otherwise at a premium. Goalkeeper Waugh did well to beat down a shot from distance which would have given the Stenny number 20 her hattrick. At the other end Lauren Simmons hit a wicked freekick which the Warriors goalkeeper could initially only parry, though the ball fell kindly into her arms before the Falkirk strikers could put in a challenge.