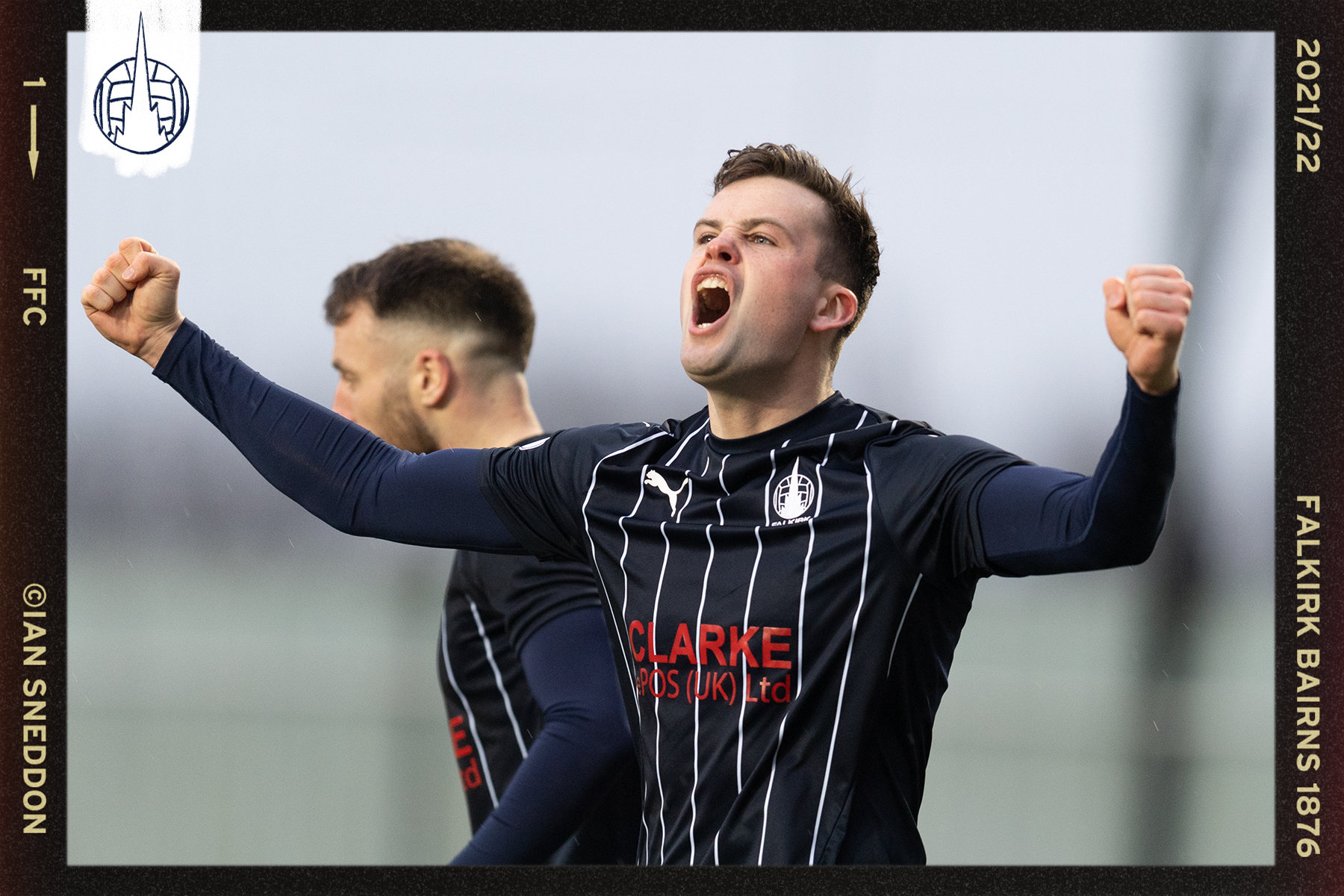 The two teams shared the spoils as Falkirk and Queens Park played out a one all draw at The Falkirk Stadium.

The visitors started the match the stronger of the two sides, controlling much of the opening period. The first chance of the game fell after eight minutes when Grant Gillespie played the ball wide to Luis Longstaff. The Queens Park man did well as he cut inside but his effort was wide of the target. The Bairns looked dangerous on the break and Anton Dowds was played in over the top five minutes later by Charlie Telfer. The striker’s ball across was cleared by Tommy Robson behind his own goal, keeping it away from Jaze Kabia who was ready to tap home at the back post. The first goal came after 15 minutes, and it was a well-deserved opener for Queens Park. A defensive mix-up led to Luis Longstaff winning the ball in the middle of the park before driving forward and playing it to Connor Smith, who cut inside and blasted a terrific finish past Robbie Mutch.

Queens Park continued to control the game after scoring, coming close to a second through a deflected Louis Longridge effort after 23 minutes, but Falkirk began to grow into the game shortly after and began to control the play in search of an equaliser. A corner for The Bairns deflected just past Callum Ferrie’s back post in the first big chance for Martin Rennie’s side, but it wasn’t to be the last in the final stages of the first half. Ryan Williamson drove down the right and played a cross over that was headed skywards by a Queens Park defender. The dropping ball was cleared, but only as far as Craig McGuffie who fired well over from the edge of the box, despite a lack of opposition pressure. Anton Dowds was played in on goal after doing extremely well to shrug off his man, but his audacious lob over the goalkeeper was wide of the target. Falkirk had been doing well through set pieces and came agonisingly close to levelling the score on the 40-minute mark. Brad McKay stopped low to meet the set piece, but his dipping header ended up just over the bar. An injury to Luca Connell just before the break took the sting out of The Bairns attack and the Celtic loanee was replaced as his side went into half time a goal up.

Going into the second period The Bairns continued their pressure on the Queens Park goal and were rewarded only four minutes after the restart. A great cross from Charlie Telfer found Paul Dixon unmarked at the far post as Falkirk countered. The defender’s miss-hit effort fell to Anton Dowds, and the striker made no mistake as he scored his fifth goal in five games since returning to the club in January. Falkirk continued to probe for a winner and came close again as Jaze Kabia did brilliantly to win the ball back deep in the opposition half. The ball ended up with Ryan Williamson and the full back’s cross was cut out with a last-ditch block. The resulting corner found Anton Dowds, but his header was held by Calum Ferrie. The Queens Park goalkeeper was called into action again on 75 minutes as Falkirk looked certain to have scored. Aidan Nesbitt got the ball in the opposition box through some good interplay before chipping a ball to the back post that required a brilliant save from the backpedalling Ferrie to keep out.

As the game entered its closing stages the visitors had a great chance against the run of play. Substitute Bob McHugh did well to hold up a ball into the box before turning and firing a shot that forced a good save from Robbie Mutch before The Bairns managed to clear. Ryan Williamson drove most of the way up the pitch and fired a left footed shot just over the bar from outside the box in the next Falkirk chance, before Mutch was again forced to pull off a fantastic save after the ball found its way to goal scorer Connor Smith eight yards out. The Bairns had a series of corners towards the end of the game, and it was clear to see the home crowd willing the ball into the net in the closing stages. A frustrated Aidan Nesbitt was red carded for an off the ball incident seconds before the end of the game as an excellent game finished with a point apiece.