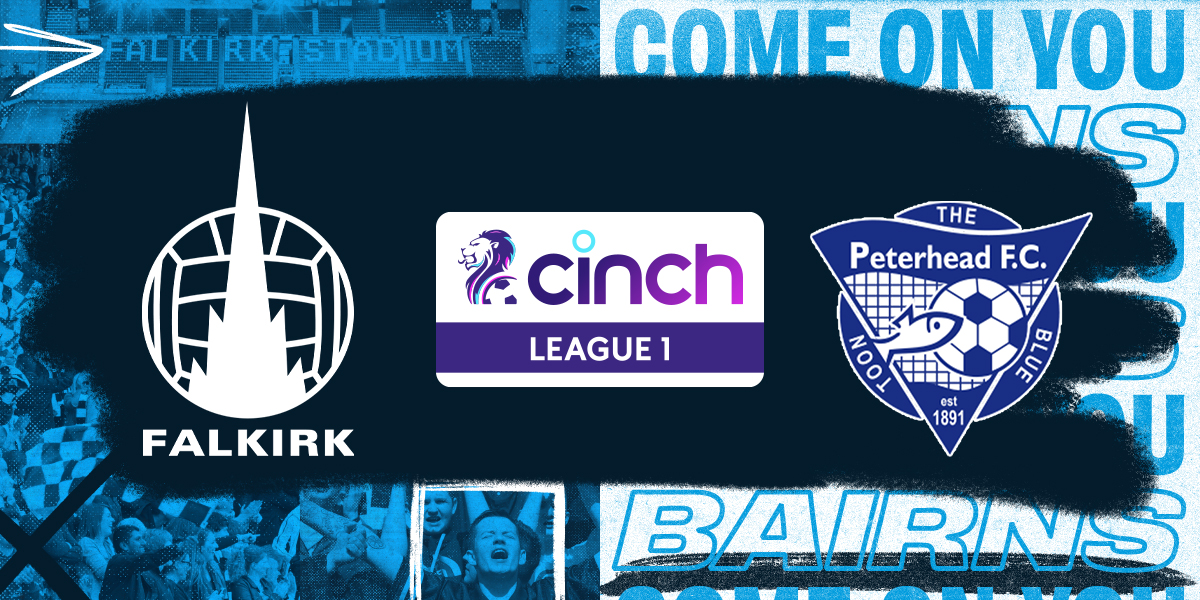 Next up for The Bairns is a Tuesday night trip to the Indodrill as we take on Alloa Athletic in a rescheduled cinch League One fixture.
Kick off is at 7:45pm, Tuesday 8th February.
HEAD TO HEAD
Alloa and Falkirk have battled it out twice this season in the league. Alloa took all three points the last time we visited the Indodrill Stadium and the last meeting between the two sides ended all square following a hectic final two minutes that saw Callumn Morrison score a penalty in 88 minutes before Euan Henderson scored almost immediately after to rescue a point.
FORM GUIDE
Prior to last Saturday’s one-nil win in Peterhead, Alloa had not won in the league since beating Airdrieonians back in October. The wasps have slipped to seventh in the league as a result of their poor form and sit four points behind Falkirk.
Falkirk remain sixth following a draw with Queen’s Park on Saturday that denied them the chance to leapfrog their opponents into a play-off spot. The Bairns went a goal down in the first half but managed to grab an equaliser through Anton Dowds and earn a point.
The Bairns have 29 points, just two behind fourth placed Queen’s Park.
HOW TO WATCH
Tickets are available to purchase and are priced as follows:
E-tickets can be purchased online HERE.
The game will also be available on PPV via Wasp TV. PPV is priced at £18 and can be purchased HERE.
Falkirk TV will also be streaming the match live for Overseas Subscribers.
Go to Top