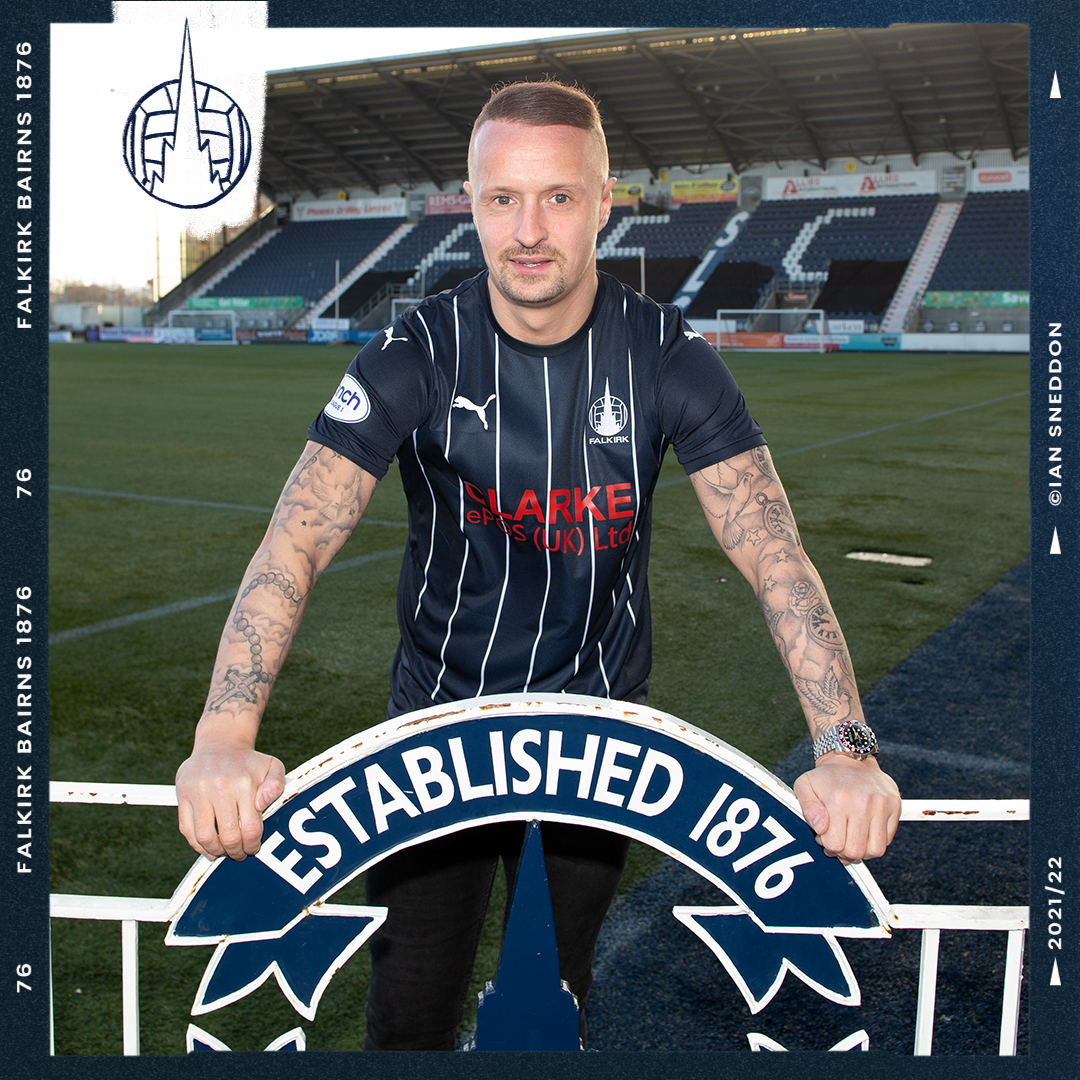 Falkirk Football Club is delighted to announce the signing of Leigh Griffiths.

The 31-year-old joins The Bairns on a deal until the end of the season.

Leigh is one of the most prolific goal scorers in SPFL history, with the former Livingston, Dundee, Wolves, Hibs and Celtic player having scored nearly 250 club goals in over 500 appearances.

The experienced striker has also won 22 Scotland international caps, scoring a further 4 goals including two iconic free kicks against England in 2017. This will be Leigh’s second spell at Falkirk, having spent time in the Falkirk Academy in season 2002-03, and we’re sure all Falkirk fans will join us in warmly welcoming Leigh back to the Bairns.

Leigh is available for selection ahead of this evening’s cinch League One match against Alloa Athletic, subject to SFA approval.

“I’m delighted that we’ve been able to bring Leigh to the club. He’s a very talented player who has scored goals throughout his career, and I think the timing has worked out really well for both the club and the player to come in and get playing games, and I’m sure scoring goals.”

“I’m really happy to be here. Martin and Kenny made it clear that they thought I could help them with the club’s promotion push. For me it’s about getting back enjoying football again and helping the team push up the league.”

Player sponsorship is now available for Leigh. To find out more contact Sharonm@falkirkfc.co.uk