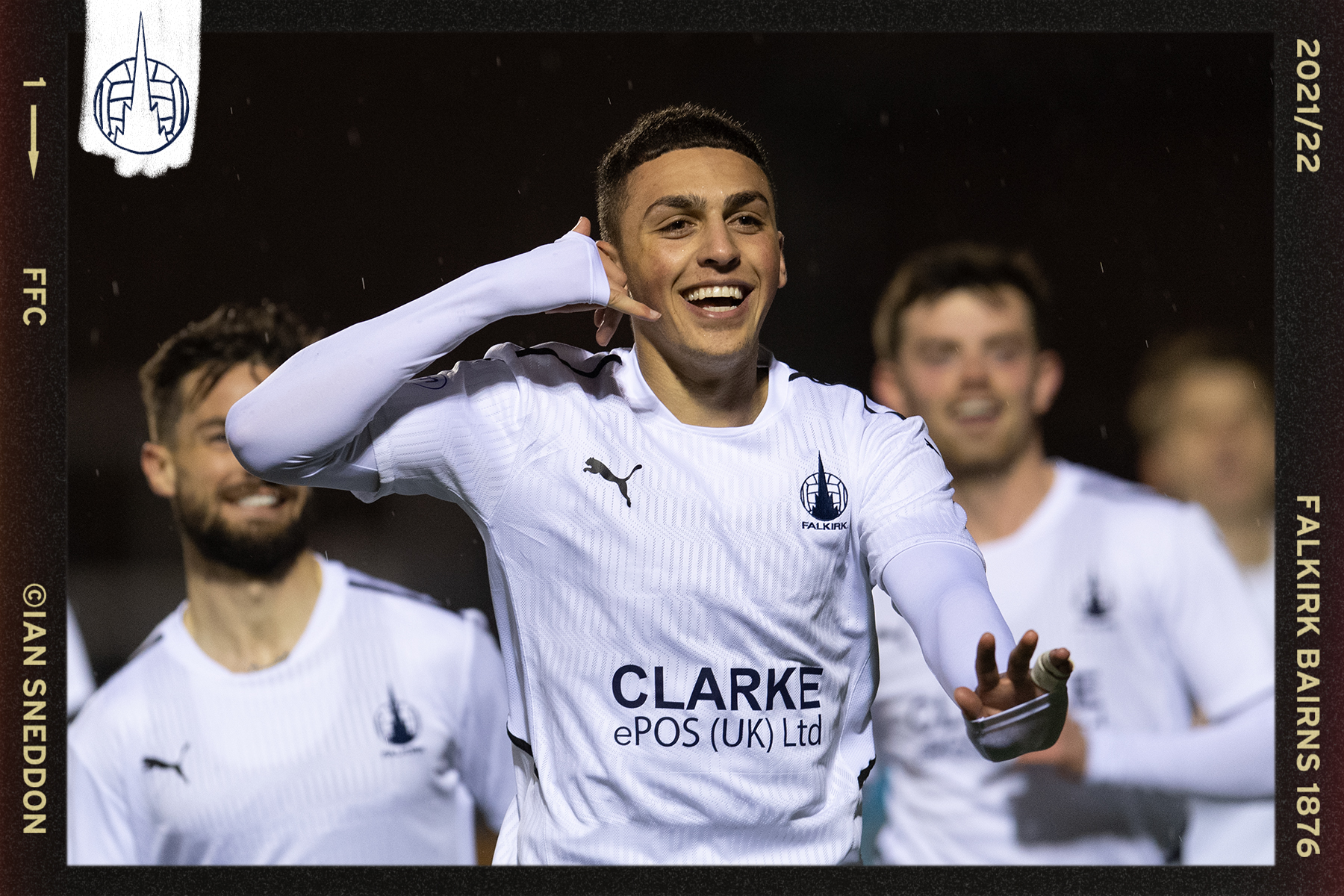 The Bairns faced a trip over the Clackmannanshire Bridge to take on Alloa Athletic in cinch League One this evening, in the rearranged fixture from the second of January.

Falkirk started the better of the two sides and nearly took the lead after only two minutes. Anton Dowds was played through the middle of the park and drove goalward, but his strike was kept out by a brilliant save from David Hutton. After a good opening period from The Bairns the hosts began to take control of the match and had several good chances. Conor Sammon went through on goal after ten minutes, but Robbie Mutch came out quickly to cut out the chance. The former Falkirk striker came close again eight minutes later as he nipped in at the near post to fire one that landed off target. Falkirk managed to grow back into the game in the fifteen minutes before half time and came very close on the half hour mark. Jaze Kabia was played through on goal but fired wide of the target from a tight angle as the half ended goalless.

The Bairns have started well in the second half recently, and tonight was no different. The ball came to Craig McGuffie 25 yards from goal. The midfielder looked set to shoot but faked the Alloa defence and played it across to Jaze Kabia, who cut inside and curled one home from the edge of the box. After getting the breakthrough it took Falkirk only five minutes to get a second. Craig McGuffie stood up to take a free kick just over 20 yards out and bulleted the set piece into the bottom right corner.

After going two up Falkirk were in complete control of the game, keeping the ball well while not creating much in the way of chances. Steven Hetherington came close with a free kick from 35 yards out that dipped just over the bar, and The Bairns added a third shortly after. A Falkirk corner coming across was headed in off the stanchion by Paul Watson, before Anton Dowds made sure. On closer inspection the ball crossed the goal line, so the goal stood as Watson’s.