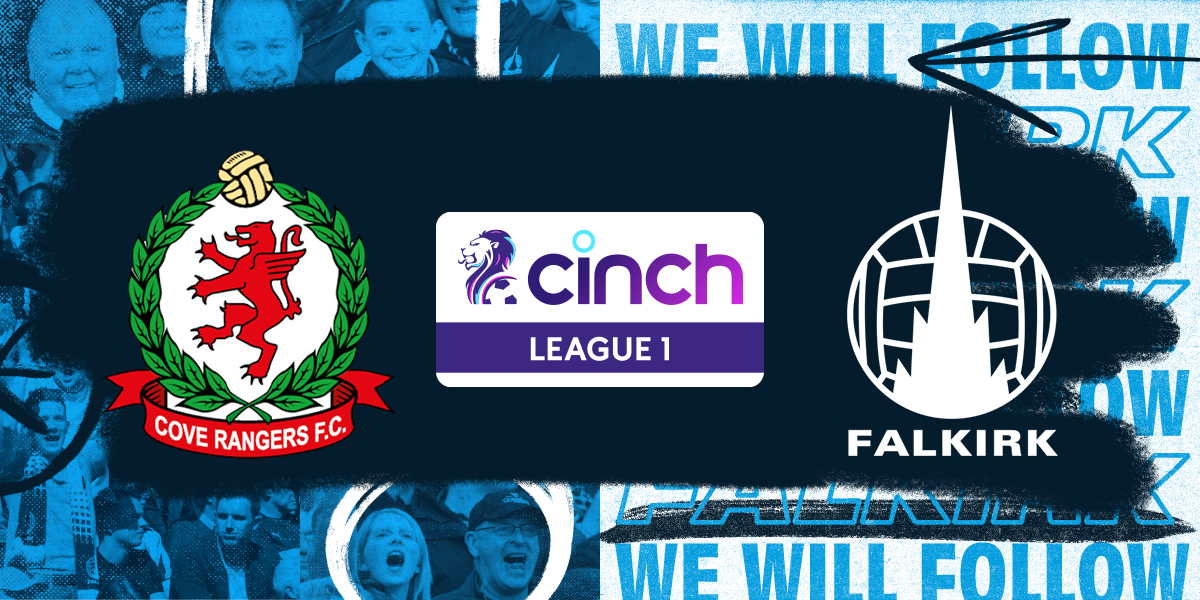 Next up for The Bairns is a trip to Aberdeen as we take on Cove Rangers at Balmoral Stadium this Saturday.
Kick off is at 3:00pm, Saturday 19th February.
HEAD TO HEAD
Our first meeting with Cove Rangers came on the opening weekend as The Bairns travelled to Cove Bay and returned to Falkirk with a point despite the majority of the squad only having come out of isolation the day before.
The last meeting, unfortunately, saw Paul Hartley’s men leave The Falkirk Stadium with all three points following a three-nil win back in December.
FORM GUIDE
League leaders Cove Rangers have been in fine form this season having lost only three games in the league. Prior to Cove’s Scottish Cup defeat to Hibernian in January, the North East side had gone 15 games unbeaten and were on a streak of nine consecutive wins in all competitions. Since losing to Hibs last month, Cove have struggled to pick up a win, being held to a draw in each of their last three cinch League One fixtures.
They currently sit five points clear atop the cinch League One table.
Falkirk have a game in hand as a re-arranged fixture against Peterhead to be played next Tuesday meant The Bairns had a free Saturday last week.
The last time Falkirk played was last Tuesday as Martin Rennie’s men travelled the short distance to Alloa. Second half goals from Jaze Kabia, Craig McGuffie and Paul Watson ensured all three points for The Bairns in a convincing three-nil win.
Falkirk sit fifth in the league standings on 32 points, three points behind a play-off spot.
HOW TO WATCH
Tickets are available to purchase and are priced as follows:
Away tickets can be purchased HERE.
The game will also be available on PPV via CRFC TV. PPV is priced at £12 and can be purchased HERE.
Falkirk TV will also be streaming the match live for Overseas Subscribers.
Go to Top