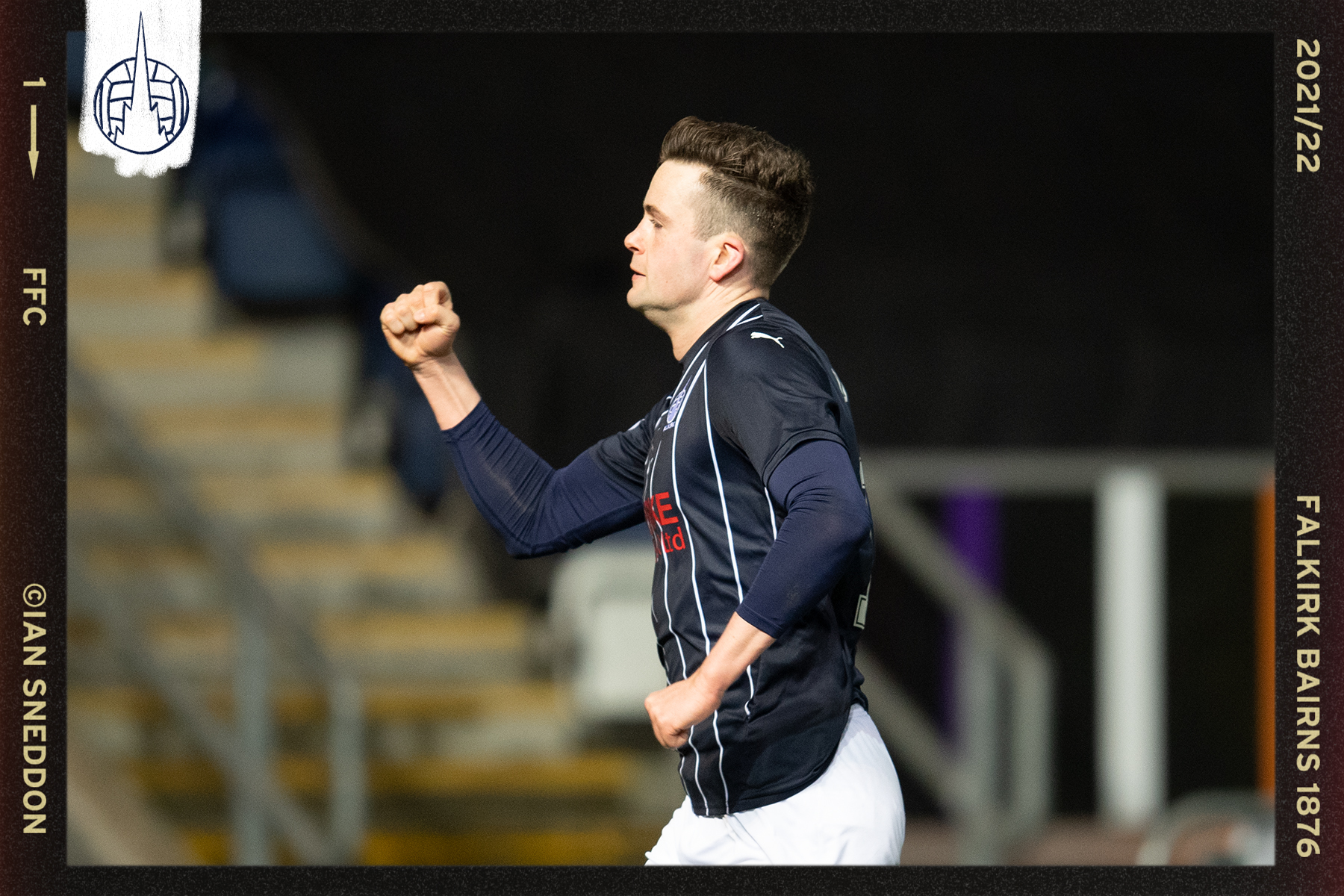 It was a disappointing night for Falkirk, as they were held to a 1-1 draw at home against Peterhead.

Ryan Duncan put the visiting side ahead early in the first half, and while Anton Dowds was able to head Falkirk level, The Bairns were unable to find a winner in a frustrating evening.

The action started quickly with Anton Dowds playing an inviting ball over the top of the Peterhead defence, Jaze Kabia demonstrated a great turn of pace to latch onto the ball and drive into the opposition box. The Falkirk striker then looked to finish with style, but his chipped effort just missed the target.

Moments later, Falkirk had another attempt. A deflected cross was collected by Dowds – who laid the ball to Ryan Williamson, the resulting strike was deflected away from the opposition’s goal.

Despite the positive start from the home-side, it was Peterhead who found themselves in front. A counterattack from the visitors forced Robbie Mutch into making a fine save in the Falkirk goal, however the defence was unable to clear the loose ball and Peter Duncan put his side ahead.

The Barnes looked to respond quickly. A wonderful, looped ball from deep by Craig McGuffie found Dowds on the edge of the Peterhead box, the striker laid the ball back for Charlie Telfer, the low driven effort drifted wide of the target.

The half continued competitively, with Falkirk almost finding a goal from another Dowds effort. From a deflected cross the ball found itself in the path of the onrushing Falkirk striker, the powerful driven effort was well matched by Brett Long in the Peterhead goal.

However, minutes from the end of the first period Falkirk finally levelled the score line. A whipped corner found the head of Dowds who was able to nod the ball past the keeper and into the net for a well-earned goal.

Early into the resume of play, Falkirk were forced into their first change on the match when Kabia found himself on the end of a strong challenge. The striker was replaced by Leigh Griffiths, whose freekick expertise was soon called upon.

Following a strong challenge on Nesbitt deep in the opposition half, the Falkirk number 9 struck a fearsome dead ball effort towards goal, forcing the opposition keeper to react quickly to palm the ball wide.

Moments later, Robbie Mutch was forced into making a fine save when Peterhead’s Robbie McLean almost forced the visitors ahead from close range.

Falkirk responded with an impressive counterattack move which found Griffiths inside the penalty area, a deft touch was able fashion a clear line to goal, but the striker dragged his effort just wide of the right-hand post.

Mutch was again called into action and did well to keep the score level when faced with a one-on-one situation with Grant Savoury. The Falkirk number 1 made himself big, deflecting Savoury’s effort away from danger.

Despite a shaky period, with Peterhead creating a series of chances, Falkirk strived to get the winning goal, but with time fast running it unfortunately wasn’t to be and The Bairns were held to a 1-1 draw.