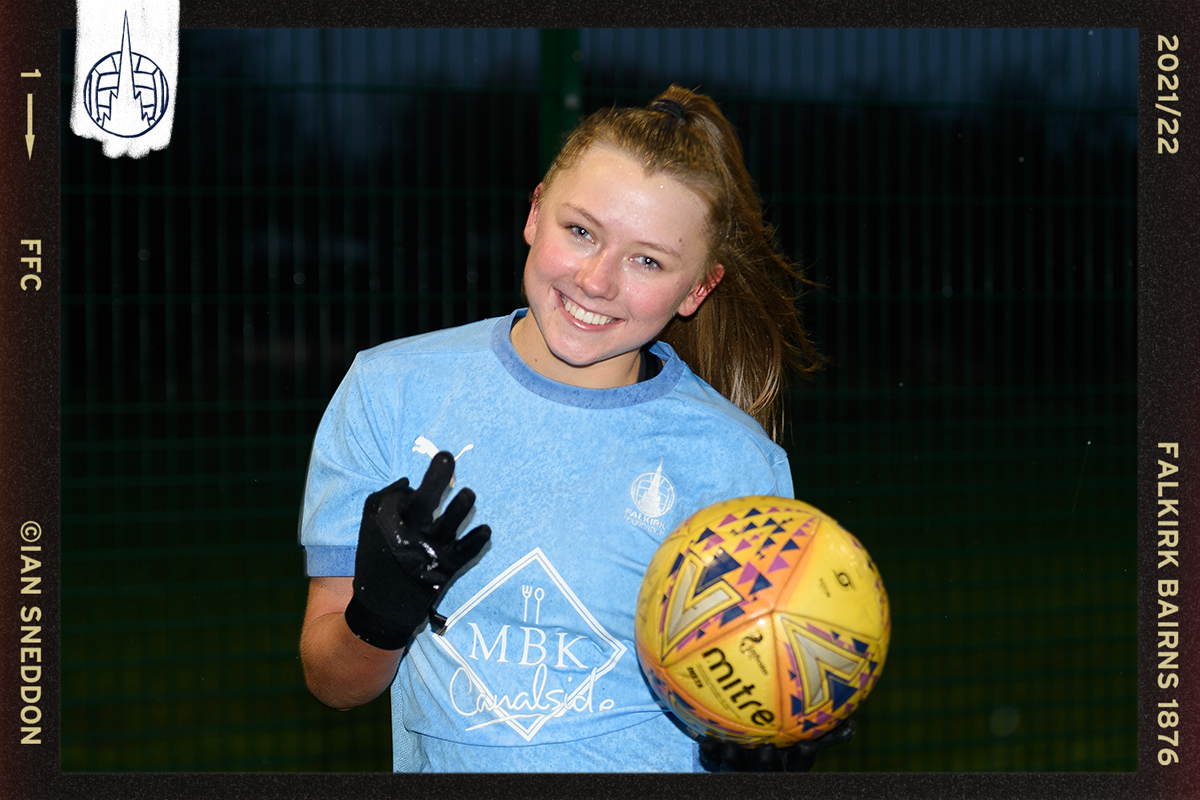 Falkirk travelled to Linwood on Sunday to play St Mirren in their final match before the league split.

The girls got off to the best possible start when striker Fiona Gardner slipped the ball through to winger Ellie Roberts who lashed home from the edge of the box. Four minutes gone and Falkirk were ahead. It looked like we were going to run riot in these early stages as Falkirk had all the play and created, and wasted, three good chances by shooting over on each occasion.

As often happens in football, if you don’t score when on top you get punished. A rash challenge on the edge of the Falkirk box gave St Mirren a freekick within range of goal. Their captain stepped up and hit a shot which deceived goalkeeper Rachel Pirie and gave the Paisley side an equaliser on 19 minutes.

The Buddies elation was short-lived however. Winger Zoe Taylor was having a fine game and put in a cross from the right which found its way to her counterpart on the left, Ellie Roberts. The teenager made no mistake and scored from the edge of the six-yard box to put Falkirk back in front on 22 minutes.

Fee Gardner could have made it three shortly afterward but her shot from inside the box was saved by the keeper. Persistence pays off though and Gardner would get her reward soon enough. On 41 minutes Roberts charged down the left, cut inside and only a last-ditch tackle from a St Mirren defender prevented her getting a shot away. However, the ball broke to Gardner who took it wide of the defender to give herself space and then blasted it past the keeper to put Falkirk two ahead.

St Mirren started the second half well and had Falkirk pinned back in the early stages. Four minutes in and a bodycheck by one of the Falkirk defenders was punished by the referee who gave St Mirren another freekick within range of goal. The number four stepped up again and placed it in the postage stamp. Scoring once with a freekick can be put down to luck but doing it twice requires skill, so respect to the St Mirren captain for her precision.

This encouraged the Paisley side and they pushed strongly in an attempt to get an equaliser. However, Falkirk captain Taylor Johnson was also having a fine game on her return from injury and the fullback marshalled her defence extremely well. So much so that by the end of the match St Mirren would have had only two shots which troubled our keeper – and those came from the freekicks. It was perhaps no surprise either that centre half Aimee Lenathan featured in the female team of the week so well done to her.

At the other end of the park, Falkirk were still pushing for the fourth goal which would have killed the match as a contest. Gardner and Roberts (twice) had shots which either went over or were pushed away by the keeper. The goalie had one particularly good stop from midfielder Ann Taylor which had looked in all the way. Falkirk were not to be denied though. In the final minute of the game, winger Roberts latched onto a through ball and steered it past the keeper for the clincher. The seventeen year old, playing only her second game in navy blue, had her hat-trick.