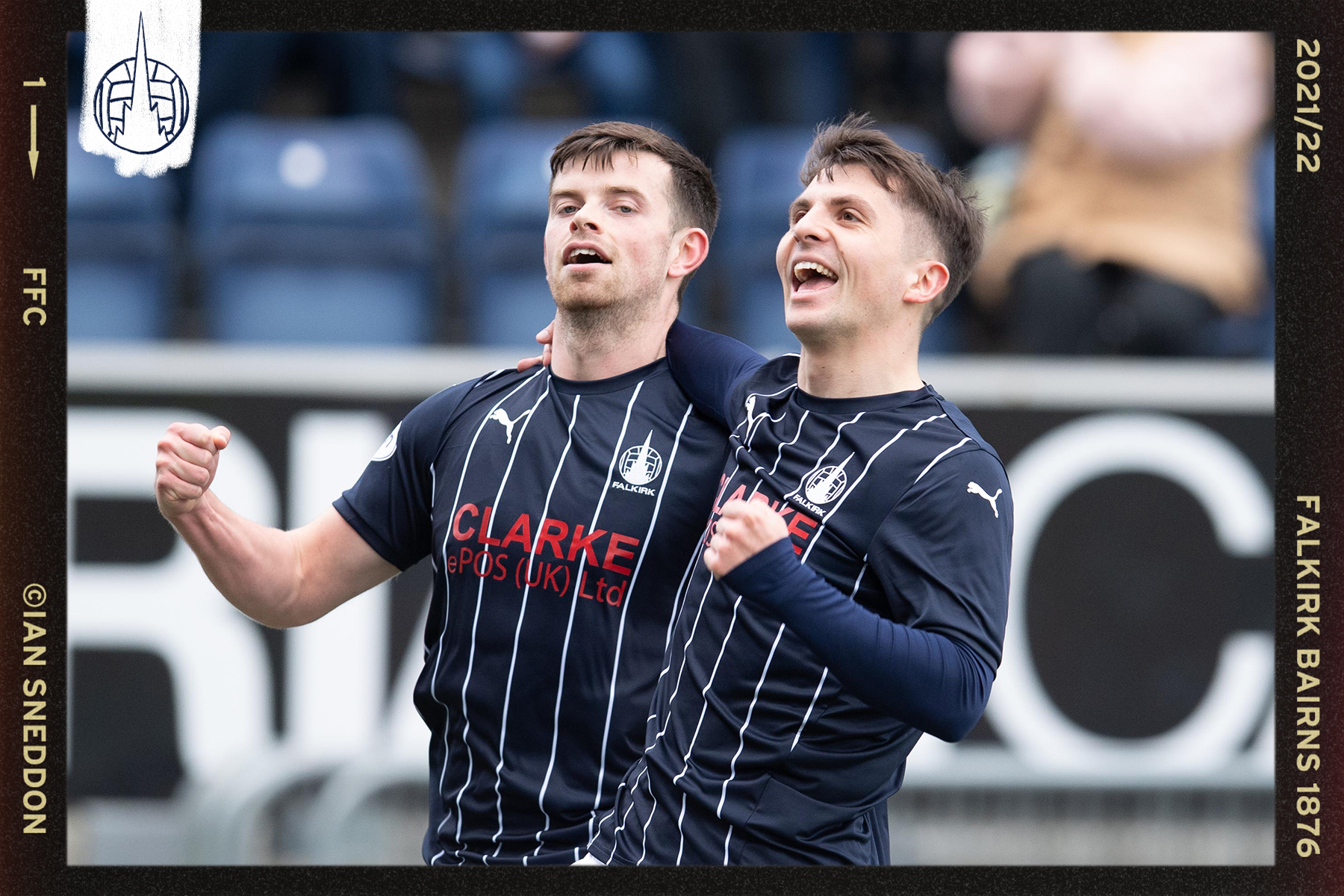 It was late drama at The Falkirk Football Stadium as the Bairns beat East Fife 3-1.

Craig McGuffie fired the home side ahead early before Ryan Wallace equalised for the home side, then minutes from the full-time whistle Paul Watson headed Falkirk ahead before Leigh Griffiths added an injury time third from the penalty spot.

Martin Rennie named three changes to his starting XI following Tuesday’s 1-1 draw against Peterhead, with Keaghan Jacobs and Aaron Taylor Sinclair for coming in for Aidan Nesbitt and Paul Dixon, whilst Leigh Griffiths replaced Jaze Kabia who missed out through injury.

Falkirk’s first real chance of the game came on the 12-minute mark. An in-swinging corner flew over the heads of the players in the opposition box and found its way to Jevon Mills who had his strike blocked, Anton Dowds then latched onto the rebound but was unable to keep his strike down as the ball flew over the crossbar.

Rennie’s men kept on the pressure with Mills having another chance go narrowly over the bar, before a Leigh Griffiths strike from distance had the East Fife keeper struggling to collect.

The home fans wouldn’t have to wait long for the first goal however, as shortly after Falkirk opened the scoring. From 25 yards out Craig McGuffie found himself with the ball, the number 11 showed great composure to beat his man before dispatching a low effort from the edge of the box, the ball deflected off the post before nestling into the back of the net.

Falkirk then looked to press on for another but against the run of play East Fife drew level. A quick counterattack found Ryan Wallace in the Falkirk penalty area who, with the aid of the crossbar, was able to bring his side level.

The Bairns almost found their second of the afternoon when Charlie Telfer demonstrated great skill to cut into the opposition area, his strike however was saved by Smith who could only push it as far as Aaron Taylor Sinclair, however the Falkirk defender was unable to keep his shot on target from an extremely tight angle.

The second period started competitively with both sides creating chances, first East Fife had a headed effort from a corner which was gathered by Robbie Mutch. The Falkirk number 1 then looked to create a counterattacking opportunity firing a long pass up the pitch, McGuffie did well to control the pass and then keep possession but was unable to find the onrushing Telfer who had taken up a dangerous position deep in the opposition half.

East Fife almost took the lead through Danny Denholm, whose long-range effort left Robbie Mutch helpless in the Falkirk goal, however the ball cannoned off the crossbar before going out for a goal kick.

Falkirk responded positively from this minor scare, with Gary Miller finding Griffiths on the edge of the East Fife area. The Falkirk number 9 laid the ball on for Dowds, but the resulting strike could not be directed away from the opposition keeper who was relived to collect the ball.

The Bairns continued to press for the goal which would see them take the lead, coming close again when lobbed ball into the opposition penalty area found substitute Aidan Nesbitt, however powerful driven strike was cleared off the line by an East Fife defender.

Minutes from full time Falkirk finally found the goal to put themselves ahead. A Griffiths corner found the head of Paul Watson who powered the ball past the keeper and into the back of the net.

Looking discontent with just the one goal lead the Bairns continued to press the East Fife backline, with the pressure telling when the referee pointed to the penalty spot following a late challenge by Stewart Murdoch on Griffiths.

In what would effectively be the last kick of the match, Griffiths made no mistake from the penalty spot, calmly slotting the ball into the left-hand side of net whilst sending Jude Smith in the East Fife goal the wrong way.