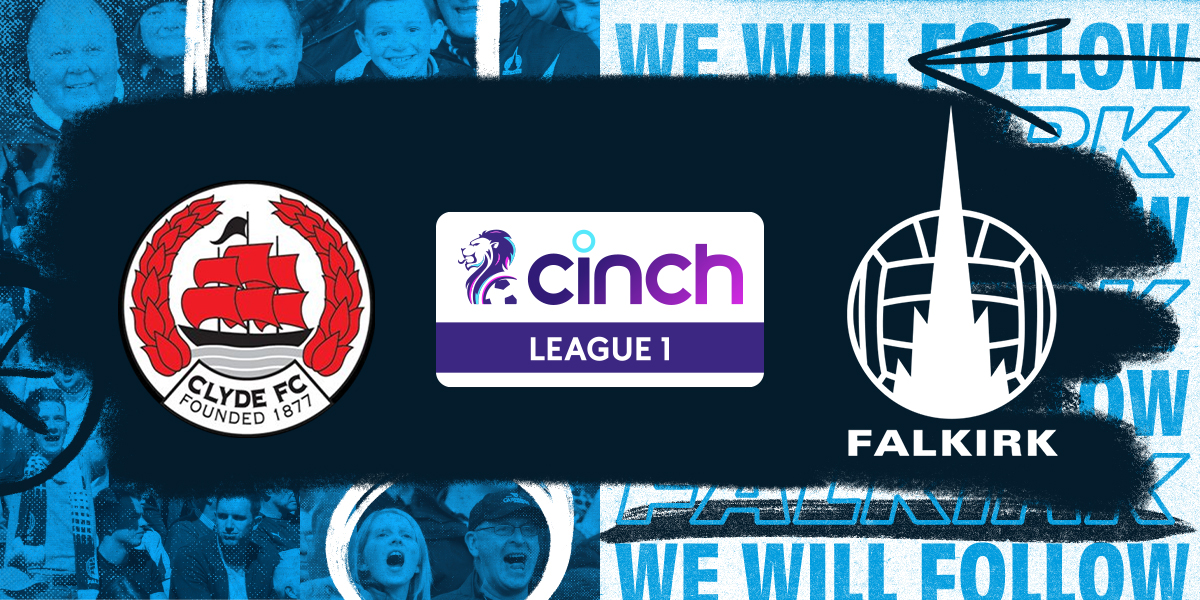 Next up for The Bairns is a trip to Broadwood as we take on Clyde this Saturday.
Kick off is at 3:00pm, Saturday 5th March.
HEAD TO HEAD
Our previous five meetings with Clyde has ended in victory for The Bairns on four occasions. The previous fixture didn’t go so well as Danny Lennon and his men left The Falkirk Stadium with all three points back in December.
Broadwood has been a good place to go for Falkirk in recent times though with The Bairns scoring six goals in two trips to Cumbernauld.
FORM GUIDE
Our hosts on Saturday are without a win in their last four matches and have registered just a single win in their last nine. Their form sees them sixth place in the cinch League One table just four points behind Falkirk on 32.
The Bairns have lost just one match in their last five and go into Saturday’s game on the back of a win last weekend. The much needed win came against East Fife and it didn’t take long for Falkirk to take the lead through a sensational Craig McGuffie goal. Things got a bit nervy when the visitors equalised nine minutes later but a late goal from Paul Watson and a Leigh Griffiths penalty secured the win and three points for Falkirk.
Falkirk currently sit fifth in the standings with 36 points, level with Queen’s Park who have a game in hand against Peterhead.
HOW TO WATCH
Tickets are available to purchase and are priced as follows:

PPV for this match is priced at £13 and can be purchased from Clyde FC HERE.

Clyde FC has arranged a collection for the British Red Cross Ukraine Crisis Appeal to take place at the match on Saturday to allow both home and away supporters an opportunity to contribute to the humanitarian effort within Ukraine.

Supporters will be able to donate when purchasing match tickets for Saturday through the Clyde Ticket Store before completing purchases.

Supporters who have already purchased tickets or will not be attending Saturday’s match can also donate through the Appeal Page on the Ticket Store.

Volunteers from Red Cross will also be present at Saturday’s game to collect cash donations outside turnstiles.

Donations will go to the Red Cross and help the Ukrainian people in need receive aid such as food, water, first aid, medicines, warm clothes and shelter.

The club would greatly appreciate any donations made. Thank you.