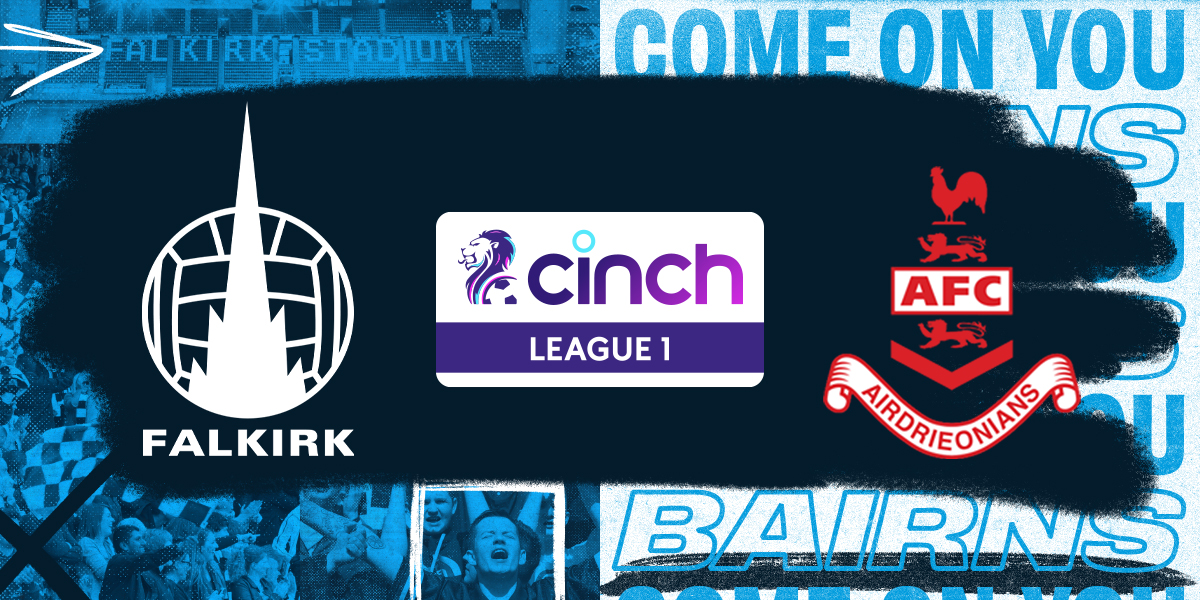 Next up for The Bairns is Airdrieonians in cinch League One.
Kick off is at 3:00pm, Saturday 12th March at The Falkirk Stadium.
HEAD TO HEAD
Our previous five meetings with Airdrieonians have ended in victory for North Lanarkshire side on four occasions. The previous fixture was a tight affair with Airdrie managing to clinch a 3-2 win despite several clear-cut chances for The Bairns.
The last time Ian Murray’s side visited the Falkirk Stadium they left with all three points following a 3-0 win.
FORM GUIDE
Our visitors this Saturday come into the game on terrific form having not lost in their last 12 cinch League One matches, a feat that saw manager Ian Murray pick up Manager of the Month. Their latest win came away to Alloa Athletic thanks to a brace from Callum Smith.
The Bairns have lost just one match in their last six. Falkirk thought they had won all three points last Saturday at Broadwood as they led by a goal with a minute left to play. Missed chances throughout the game were punished, however, as Clyde got the equaliser they had been pushing for in the 90th minute through Lewis Jamieson.
Falkirk currently sit fifth in the standings with 37 points, five behind fourth spot.
HOW TO WATCH
Tickets are on sale now and are priced as follows:

Please be aware that there will be no home fan allocation in the North stand.
There are two pay at the gate options. One for home fans in the South Stand and one for away fans in the North Stand.

Away fans can purchase tickets HERE.

PPV for this match is priced at £13 and can be purchased from Falkirk TV HERE.
Go to Top