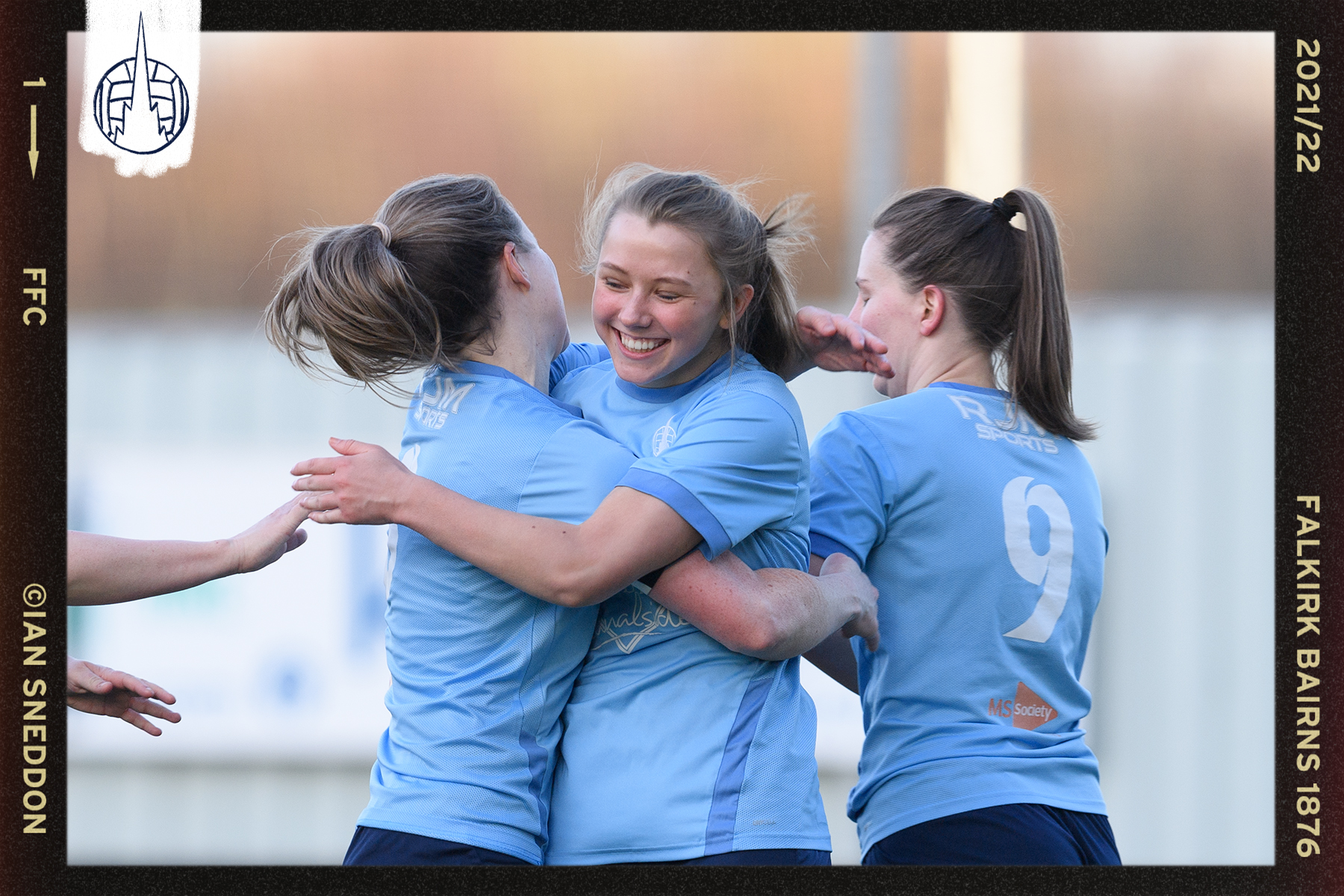 Falkirk took on near-neighbours Stenhousemuir on Sunday for the second time this season, with the Warriors looking for revenge after losing the last game 3-2.

The girls in maroon certainly looked up for it at the start and soon had Falkirk pinned back. It took a great save from Bairns’ goalkeeper Rachel Pirie to deny the Stenny number four as the visitors set up camp around the Falkirk box. Several other efforts would follow in the opening quarter, with only some last ditch defending keeping the Falkirk goal intact.

You sensed that a goal was coming and it duly arrived in the 21st minute. Pirie made another great save, this time denying the number ten, but Falkirk were unable to clear the rebound. After a bit of pinball in the Falkirk box the Stenhousemuir captain drilled home a low shot to give the visitors what was probably a deserved lead.

Stenhousemuir dominated the remainder of the half but were unable to increase their lead, despite hitting the bar with a shot on 37 minutes. Whereas Falkirk broke out several times and managed three shots on goal from Zoe Taylor, Rhianne Ferguson and Claire Taylor. None troubled the keeper but it was a signal of things to come.

Within two minutes of the restart, Ellie Roberts wriggled clear of the Stenny defence and put in a shot which must have scraped the paint as it edged past the wrong side of the post. On 61 minutes Claire Taylor had a great chance with a header but put it wide with the Stenny goal open in front of her. Falkirk were back in the game and the visitors were struggling due to the midfield dominance of Taylor, who was being well assisted by her two partners of Rhianne Ferguson and Lauren Simmons.

On the few occasions that Stenhousemuir got near the Falkirk box they were finding (wo)man of the match Laura Dickson to be in superb form, snuffing out every attack before it got close to keeper Pirie. Our defenders even had time to join the attack, with fullback Taylor Johnson forcing the Stenny keeper to turn her shot round the post.

After a three-month absence due to a serious injury, striker Eva Rule returned to the team when she was subbed on in the 66th minute. She’s normally known for her pace and power but it was to be her vision and eye for a pass that was to prove decisive.

In the 80th minute she spotted a gap in the Stenhousemuir defence and threaded the ball through to Ellie Roberts. The young winger had scored four in her last three games and she did it again, steering the ball wide of the Stenny keeper to give Falkirk an equaliser that was very much deserved.

Falkirk could have won the game, as a freekick from Simmons had the Warrior’s keeper scrambling to push it round the post. Rule had a shot blocked and in the dying seconds Taylor had a chance inside the six-yard box. Unfortunately, the ball was bouncing high and it came off her knee and went over the bar.

The only chance of note for Stenhousemuir in this half also came in the last few minutes. A dangerous through ball required keeper Pirie to rush off her line and smother it before the forwards could get there. The game finished level, which keeps Falkirk one point ahead of their rivals in the quest to finish top of the bottom half of the league split.