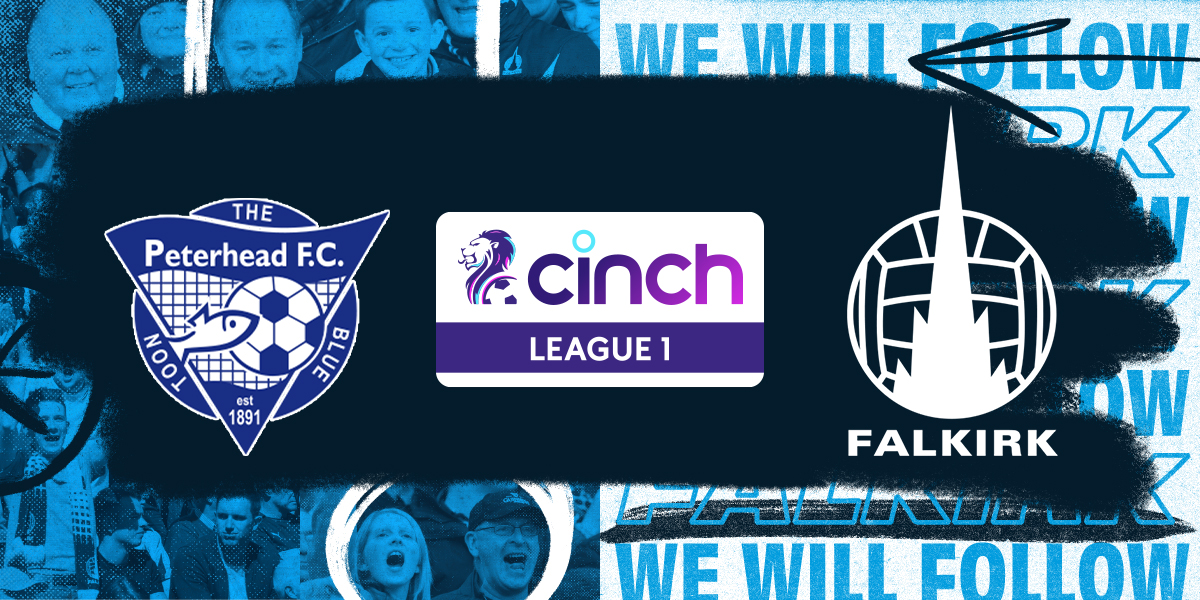 Next up for The Bairns is another away game as we travel north to take on Peterhead.
Kick off is at 3:00pm, Saturday 26th March at Balmoor Stadium
HEAD TO HEAD
Of our previous three meetings with Peterhead this season, only one has ended in victory for The Bairns. The win came back in August at the beginning of the season thanks to goals from Craig McGuffie and Paul Dixon. The last two fixtures have both ended in a draw, the first being goalless and the most recent finishing a goal apiece with Anton Dowds cancelling out an early goal from Ryan Duncan.
FORM GUIDE
Our hosts on Saturday are without a win in their last four matches and are going into Saturday’s game off the back of four straight defeats, having faced Cove Rangers, Montrose and Queen’s Park is recent weeks. Their last win came against Dumbarton, the week after their last match against The Bairns, which saw them edge Dumbarton in a game consisting of seven goals and two red cards.
Jim McInally’s team currently sit third bottom of the table in 8th place on 28 points, just 2 points ahead of second bottom placed Dumbarton.
Having been on an inconsistent run as of late, Martin Rennie’s men put in a solid performance last Saturday to see off Dumbarton and put three much needed points on the board. Goals from on loan Livingston man Jaze Kabia and Charlie Telfer were enough to take the win.
Falkirk remain unmoved from fifth spot in the standings with 40 points, now just three behind a play-off position with Queen’s Park losing to Airdrieonians at the weekend.
HOW TO WATCH
Tickets for this match are only available from the ticket office at Balmoor Stadium from 1pm on match day. There will be no pay at the gate option on the day.
Ticket prices are as follows:

The live stream of the game can be purchased from Peterhead HERE.

Falkirk TV will be streaming the match live for overseas subscribers.