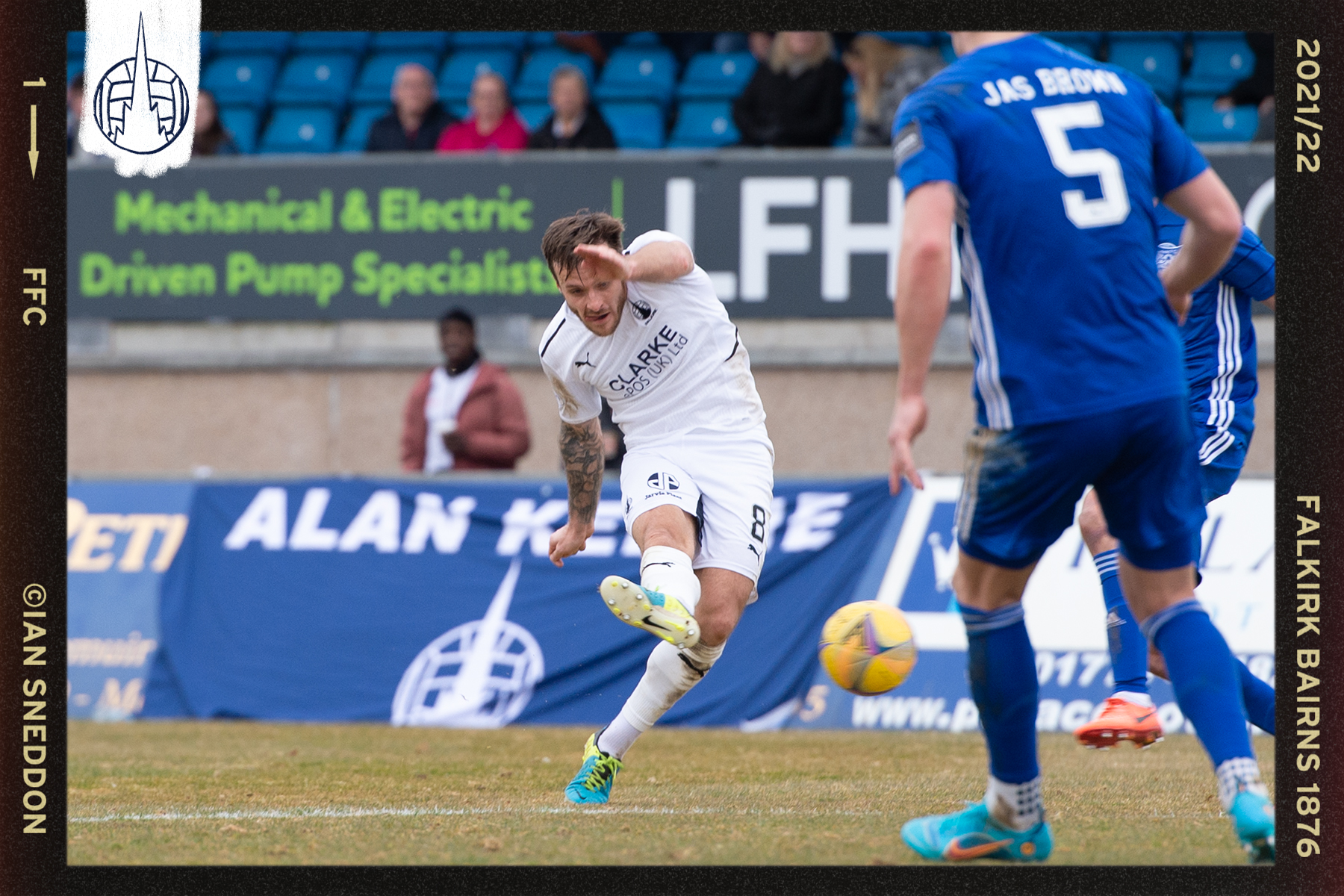 It was a loss for Falkirk on the road as The Bairns made the long trip up to Peterhead.

The first chance of the match came almost directly from kick off. A foul from the Peterhead defence gave Leigh Griffiths the opportunity to deliver a set piece into the box that fell to Aaron Taylor-Sinclair on the edge of the box, who fired over.

The match was a scrappy affair and after that early opportunity Falkirk struggled to create any meaningful chances. The hosts were the ones to break the deadlock ten minutes before the break when Grant Savoury’s shot from range was saved by Robbie Mutch, but only as far as Jack Brown who converted the rebound.

Peterhead came so close to a second ten minutes after the half time break. Jack Brown again had the opportunity as he was played through on goal before lifting the ball over the onrushing Robbie Mutch. Despite the player and crowd celebrating their goal, Brad McKay was there to clear spectacularly off the woodwork, taking a sore one in the process. Soon after, Falkirk came close to an equaliser as Steven Hetherington’s cross looked goal bound but Peterhead goalkeeper Brett Long was there to make a good save.

Jaze Kabia struggled with injury for much of the second half and was replaced by Jaime Wilson with 20 minutes to go. The Falkirk striker was booked soon after, following a collision with Scott Brown in the Peterhead midfield.

The best Falkirk chance of the game fell to Steven Hetherington on 77 minutes. A great backheel from Leigh Griffiths fell to the midfielder but his shot was kept out by an excellent save from Brett Long. The game fell away from The Bairns in the closing minutes despite Martin Rennie throwing his defenders up to try and rescue a point. The loss was compounded by Jaime Wilson being sent off after receiving a second yellow for a high boot in the closing minutes of the game.