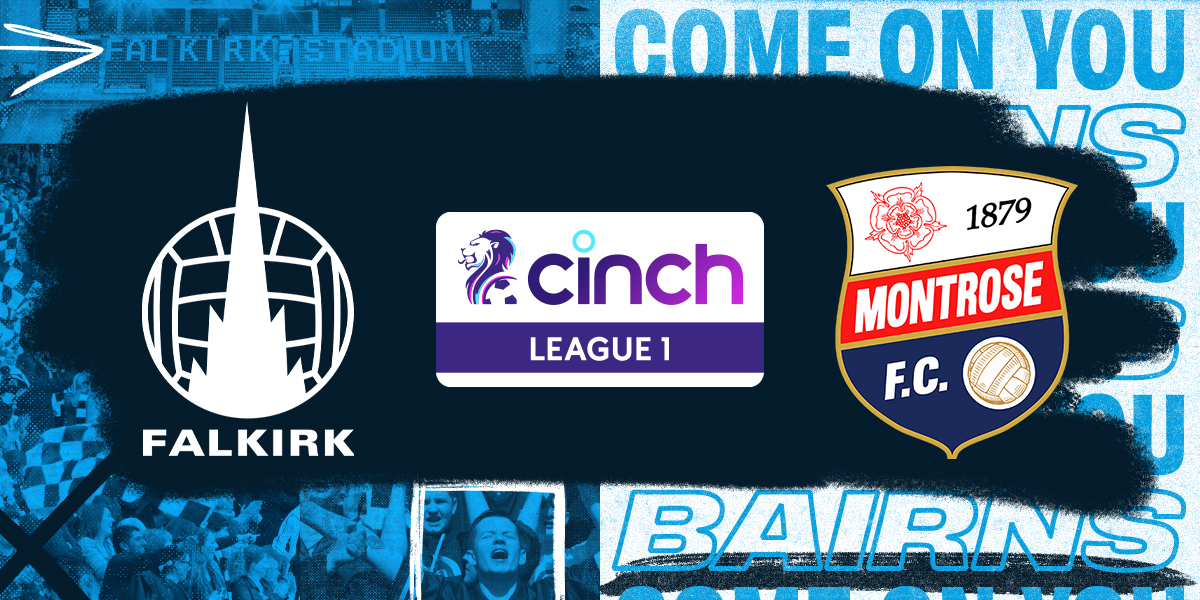 Next up for The Bairns is home game as we host Montrose at The Falkirk Stadium.
Kick off is at 3:00pm, Saturday 2nd April.
HEAD TO HEAD
The previous five meetings with Montrose have ended in Falkirk victory just once, with Montrose winning three. Falkirk haven’t managed a win over Montrose this season with Montrose winning the last fixture at Links Park, thanks to two goals in two minutes from Blair Lyons and Craig Johnston, and just edging a win the last time they visited the Falkirk Stadium when a Cammy Ballantyne goal was enough to take all three points.
FORM GUIDE
Our visitors on Saturday have been inconsistent as of late and have struggled to win consecutive games since February. Montrose haven’t won in two, losing at home to Cove Rangers two weeks ago and only managing a point away to Dumbarton on Saturday.
Montrose sit third in the table on 52 points, nine behind Airdrieonians and six ahead of Queen’s Park.
Falkirk’s chance to get consecutive wins eluded them again as Martin Rennie’s men suffered defeat to Peterhead last weekend. After a solid win in Dumbarton, The Bairns looked to start a winning run but Peterhead’s Jack Brown had other ideas as his rebounded shot with 20 minutes left to play in the first half was enough to earn his side the win.
Falkirk remain fifth in the standings but the loss has seen their gap to the play-off positions stretch to six points.
.
HOW TO WATCH
Tickets for this match are on sale now and can be purchased online or from the Club Shop.
Ticket prices are as follows:

The live stream of the game can be purchased from Falkirk TV and will be available in the coming days. PPV is priced at £13.

The Falkirk Football Community Foundation will be running a collection for the Ukraine Crisis Appeal at the Falkirk Stadium on Saturday. Any donation is greatly appreciated. Thank you.