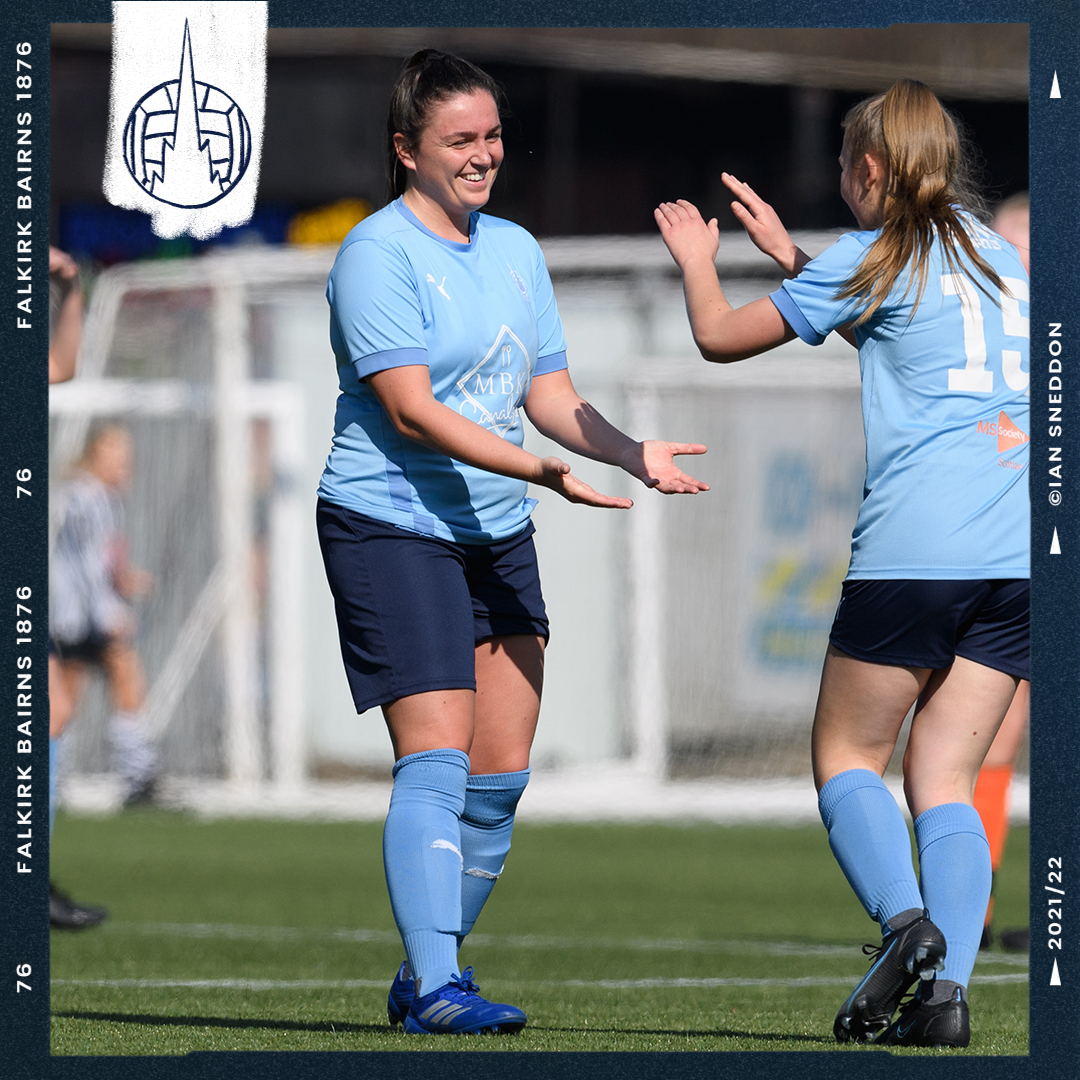 Falkirk played their penultimate league game at home to Gleniffer Thistle on Sunday.

Despite being weakened by several absences and injuries, the girls made a strong start to the game.  In the first ten minutes Falkirk had four shots at goal, three of which were saved one-on-one by the goalkeeper and one of which was deflected away by a defender’s leg. Gleniffer were playing a high defensive line which suited our game perfectly, as the Falkirk midfield can all pick up a pass and they continually threaded balls in behind for the two wingers to run onto.

The pattern continued throughout the half. On 20 minutes Ellie Roberts had a shot saved by the keeper, on 22 minutes Zoe Taylor touched the ball past the keeper but couldn’t guide it on target and on 23 minutes Claire Taylor headed wide. The powerful midfielder was supposed to be playing centre-half due to defensive absences but was frequently joining the attack because the defence were coping without her. Apart from dealing with a few crosses, the only work keeper Rachel Pirie had in the opening half hour was to scoop up a shot from distance.

On 28 mins Rhianne Ferguson rounded the keeper, but a defender got her leg in just as the Falkirk player was about to apply the killing blow. The opening goal finally came on 32 minutes. Anna Goorevich had time and space in the centre circle and her pass released winger Roberts to leave the number five in her wake and shoot beyond the keeper.

The keeper had two further saves from Ferguson and Zoe Taylor before Falkirk made it two in the final minute of the half. Goorevich was again the provider; the American student setting up every one of the last four Falkirk goals. Roberts ran onto her pass and hit a shot which went through the keeper’s legs. None of these young players will remember Kenny Dalglish and Ray Clemence at Hampden in 1976, but the writer does and Roberts second goal brought back some happy memories.

The second half began with Gleniffer pushing much further up the park and applying some pressure to the Falkirk rear-guard, but the experienced due of Amy Rafferty and Taylor Johnson ensured that very little got past them to trouble Pirie. The goalkeeper would have one great save midway through the second half but that was it.

Despite an improved performance from their Paisley visitors, Falkirk were still the better team. In 57 minutes Zoe Taylor had another shot stopped by the keeper. Four minutes later substitute striker Fiona Gardner lashed the ball into the postage stamp, but the referee made a very questionable offside call to deny the goal.

The referee would turn out to be a bigger issue for Gardner than the whole of the Gleniffer defence. Several times he would call offside when the decisions looked marginal (at best) and she was about to run in on goal. With fourteen minutes left the ball would break to Gardner in the box. With the keeper already lying on the ground it should have been a tap in, but her leg was kicked from under her by the centre-half. No penalty said the ref. The Gleniffer player later admitted it was.

Falkirk were not to be denied their third. Claire Taylor played a by now standard defence-splitting pass and Ellie Roberts (who else?) ran onto it to seal her second consecutive hat-trick and her third in just over a month, bringing an end to another good day at the office for our girls.