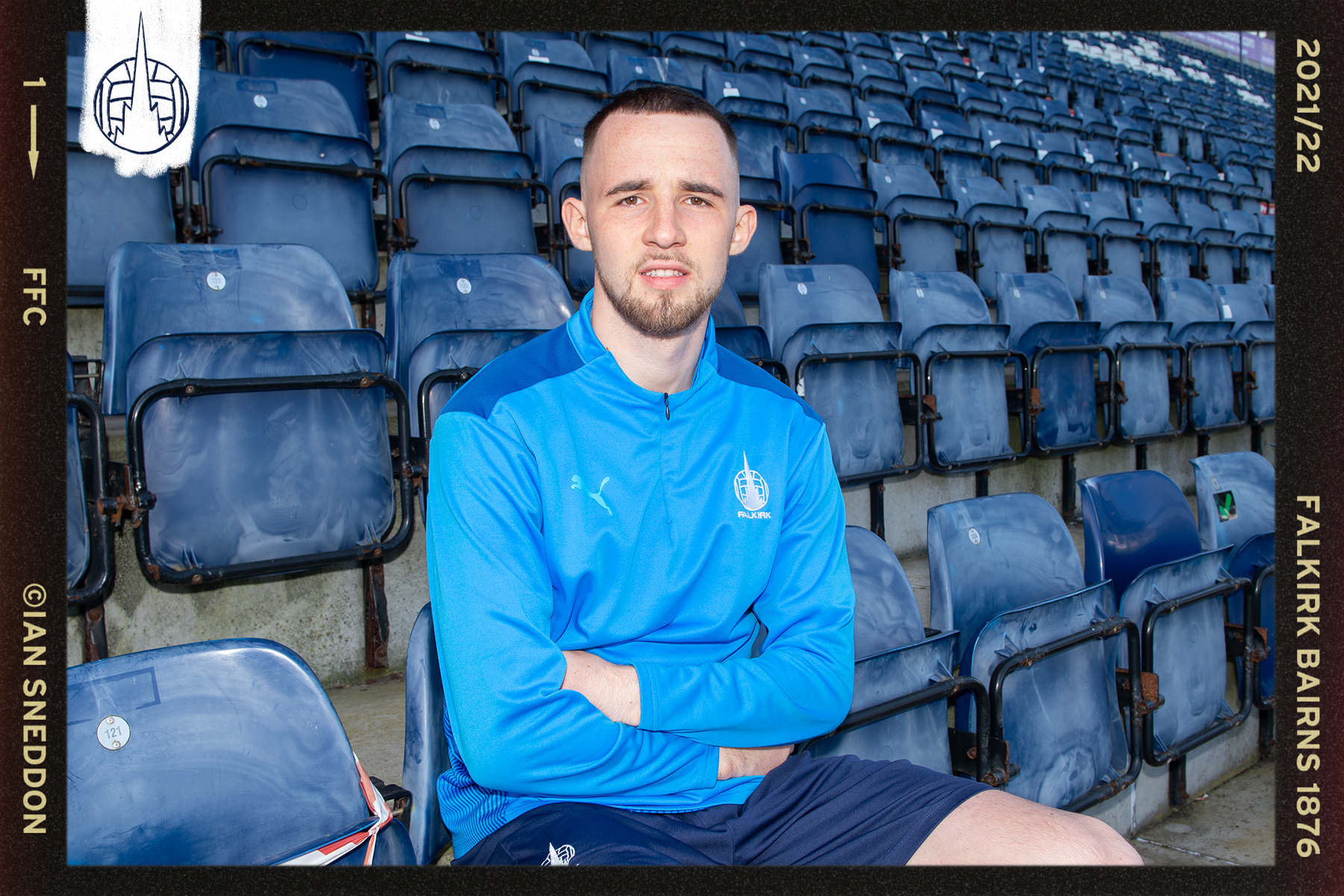 Falkirk Football Club is pleased to announce the signing of Finlay Malcolm.
The 18-year-old striker has signed a deal with the club until the end of the 2022/23 season.
Finlay, who was a player in the Falkirk Youth Academy before it shut down, has been been capped with Scotland at youth level and has been training with the squad since the termination of his contract with Dundee United in December. Since then he as also featured in a number of behind closed doors bounce games.
Head Coach Martin Rennie said of his new addition to the squad:
“I’m really glad that we’ve been able to sign Finlay. He grew up through the Falkirk youth system before it went away. He’s a very talented player with a lot of potential and he’s a local lad which is what our club was built on; young, local players who understood what it meant to play for the club, and we need to get back to that. Hopefully this is a sign for the fans and everyone involved with the club that it’s something we take very seriously and this signing gives us a chance to do that.”
Finlay goes straight into contention ahead of tomorrow’s game against Montrose.
Go to Top