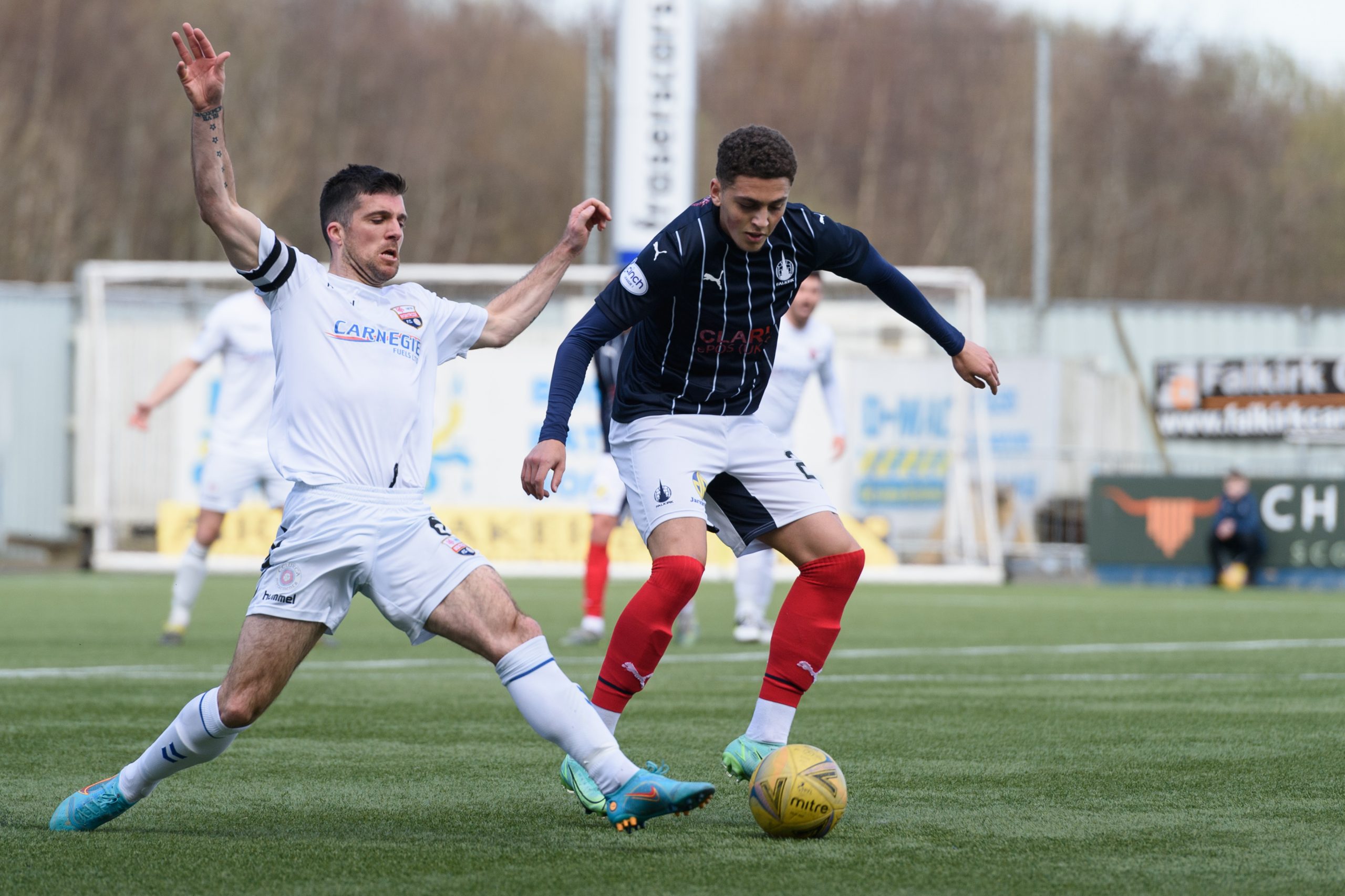 It was a second successive loss for Falkirk as The Bairns were defeated at home to Montrose.

The first chance of the day was a Falkirk one. Leigh Griffiths’ free kick from out wide was swung dangerously in and flicked on by Gary Miller towards the centre of the goal. Jaze Kabia was there but the on-loan Livingston man couldn’t adjust his body shape in time and the ball came off his knee and over the bar. Just before the fifteen-minute mark the visitors took their lead with their first shot of the game. Lyall Cameron received the ball just outside the box and slipped his shot past Robbie Mutch into the far bottom corner.

Montrose had the ball in the back of the net again five minutes later. Cameron was again involved, firing a shot towards the top corner, but this time Robbie Mutch was equal to it and saved. The rebound was tapped home by a Montrose forward, but the linesman’s flag was up, and the deficit remained one goal. The closest Falkirk came in the opening stages came on 22 minutes. Aaron Taylor-Sinclair did well on the left flank to beat two men before playing it forward to Leigh Griffiths. The Falkirk striker passed it on to Charlie Telfer who let fly from 20 yards out, forcing a great save from Allan Fleming. The rebound bounced just over Griffiths, who had continued his run from deep, and the danger was cleared. Montrose followed that up with two good chances of their own. The ball was pulled back to Craig Johnston following a run down the left, but the Montrose man couldn’t keep his shot from just inside the box down, then Cammy Ballantyne’s superb effort from range was tipped over by Mutch. Montrose kept Aaron Taylor-Sinclair’s headed clearance from the resulting corner in play, but Mutch did well again to hold a shot from inside the box. The best Falkirk chance of the half came with ten to play. Jaze Kabia received the ball 25 yards out and smashed a shot off the crossbar with a brilliant effort, but Falkirk went in at halftime a goal down.

Chances were thin on the ground in the second half and the first good one fell to Montrose at the hour mark. Craig Johnston was played through on goal, but Brad McKay was able to come across and block the shot. Montrose doubled their lead with twenty minutes to go. After the Montrose man was brought down on his way into the box the referee pointed at the spot, and Michael Gardyne made no mistake with the penalty. The match petered out after that point, with the visitors in control, and they scored again in the closing minutes. A corner was flicked on to Ross Campbell who headed in to make it three for Montrose.