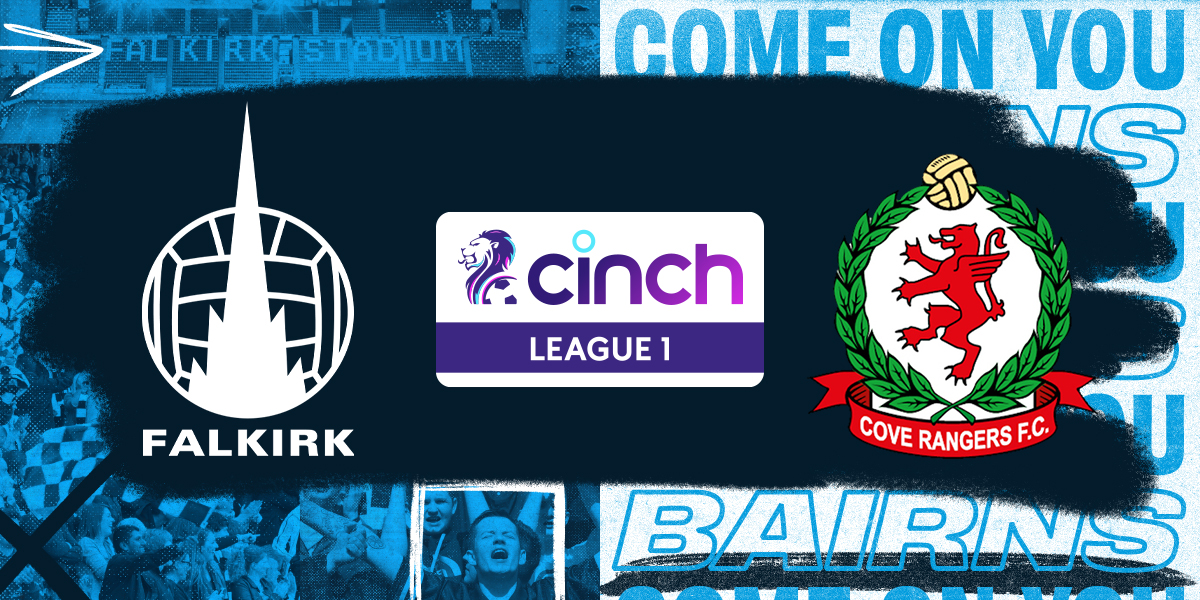 Next up for The Bairns is Cove Rangers who we host at The Falkirk Stadium.
Kick off is at 3:00pm, Saturday 9th April.
HEAD TO HEAD
Our previous meetings with Cove Rangers this season have ended in either a draw or a loss, with Cove winning the last two and managing to rescue a point at home on the opening game of the season.
FORM GUIDE
Current league leaders Cove Rangers haven’t lost a league match since October and go into Saturday’s game looking to keep ahead of title challengers Airdrieonians, who are just three points behind on 64 and keeping the pressure on Paul Hartley’s men.
Falkirk looked to bounce back from the other week’s loss to Peterhead but it wasn’t to be as Montrose put three unanswered goals past The Bairns on Saturday to further dent any play-off hopes. Goals from Lyall Cameron and Ross Campbell either side of a contentious Michael Gardyne penalty sealed the win for the visitors.
Falkirk remain in fifth,  now seven points behind Queen’s Park.
.
HOW TO WATCH
Tickets for this match are on sale now and can be purchased online or from the Club Shop.
Ticket prices are as follows:

Away fans will be situated in the North Stand and can purchase tickets HERE.

The live stream of the game can be purchased from Falkirk TV and will be available in the coming days. PPV is priced at £13.