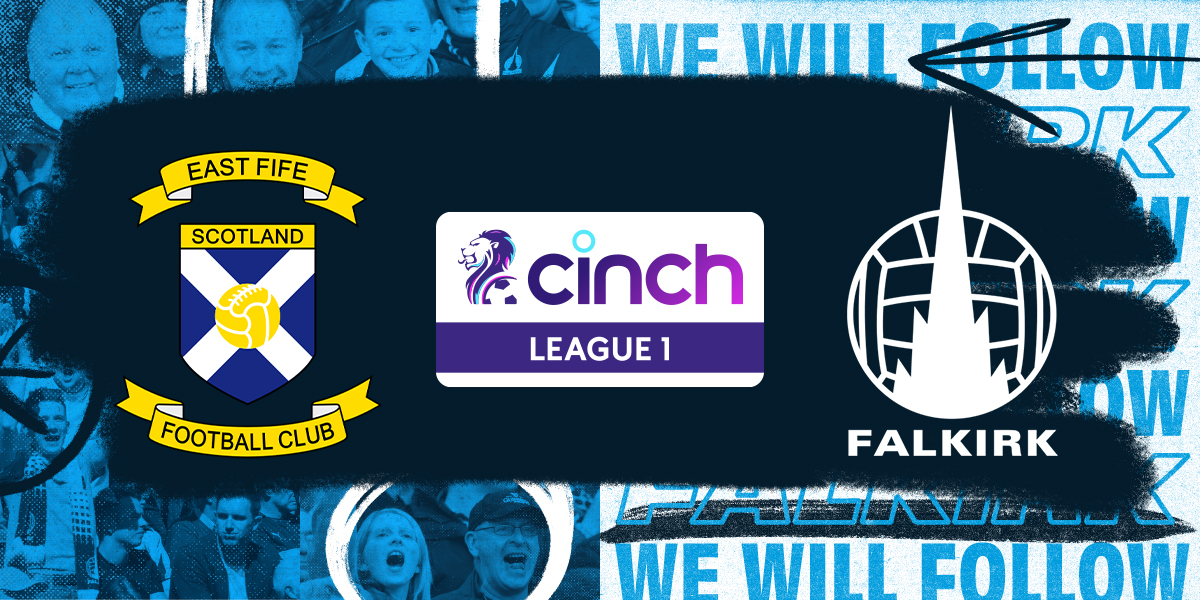 Next up for The Bairns is a trip to Methil as we face East Fife on Saturday.
Kick off is at 3:00pm, Saturday 16th April.
HEAD TO HEAD
Since our first loss to East Fife in 25 years last January, the Methil team have failed to earn another victory against The Bairns since, with Falkirk winning the previous three meetings.
The last time we travelled to Bayview was for a rearranged fixture following the abandonment of the original match due to heavy fog. Loan signing Jaze Kabia made his debut for the club, coming on at half time and scoring a brace to earn all three points. The previous meeting between the two sides was back in February at the Falkirk Stadium. Goals from Craig McGuffie, Paul Watson and Leigh Griffiths saw Falkirk victorious by three goals to one.
FORM GUIDE
East Fife go into Saturday’s match off the back of four straight defeats. Their run of form has seen them pick up just two wins in their last 21 league matches and leaves them eight points adrift at the bottom of the league on 23.
Falkirk suffered a third straight defeat last weekend as cove Rangers left the Falkirk Stadium with three points following a two-nil win. Elsewhere, a Queen’s Park win meant that The Bairns missed out on a play-off spot. Martin Rennie’s men have won just one of their previous five games and sit fifth in the league standings on 40 points.
HOW TO WATCH
Tickets for this match are on sale now and can be purchased online or from the Club Shop.
Ticket prices are as follows:

Falkirk TV will be streaming the game live for Overseas Subscribers.

Those wishing to travel via supporters’ bus can contact the following for more information: