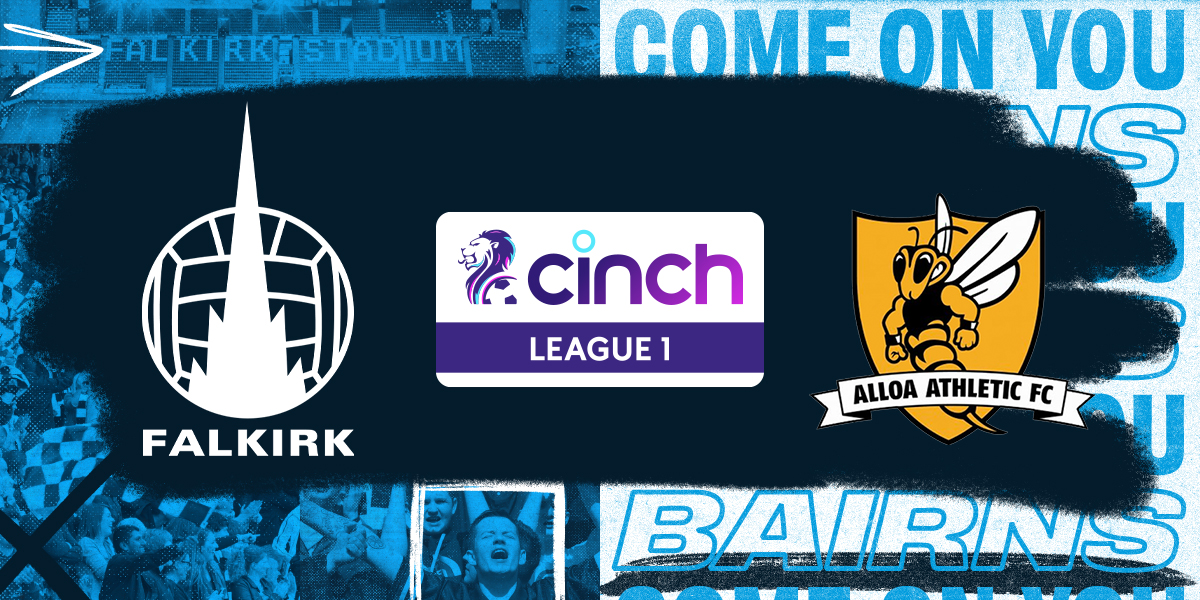 Next up for The Bairns is a return to The Falkirk Stadium as we host Alloa Athletic in the penultimate game of the season.
Kick off is at 3:00pm, Saturday 23rd April.
HEAD TO HEAD
Not much has been able to separate the two sides this season as both have a win, a draw and a loss to show from their three meetings so far this season. The Bairns only managed to earn a point from the first two fixtures but managed to register a convincing win last time out at the Indodrill Stadium thanks to goals from Jaze Kabia, Craig McGuffie and Paul Watson.
FORM GUIDE
Alloa have lost just three of their last nine league games, form that has kept them ahead of Clyde on goal difference and ahead of Peterhead by one point. The Wasps travelled to Aberdeen last weekend where they suffered a three-nil defeat to league leaders Cove Rangers and go into this Saturday’s match looking to reduce the gap to Falkirk to a point.
In the week that Martin Rennie’s end of season departure was announced, Assistant Head Coach Kenny Miller guided the team to a dominant win against East Fife as The Bairns won three-one in Methil. Two terrific goals from Callumn Morrison either side of a long range Charlie Telfer strike saw Falkirk take all three points to seal their first win in three.
The win keeps Falkirk fifth in the standings, ahead of Alloa Athletic and Clyde by four points,
HOW TO WATCH
Tickets for this match are on sale now and can be purchased online or from the Club Shop.
Ticket prices are as follows:

Alloa Athletic supporters, who will be situated in the North Stand, can purchase tickets HERE.

The live stream of this game can be purchased from Falkirk TV HERE for £13. The link to purchase will be live over the coming days.