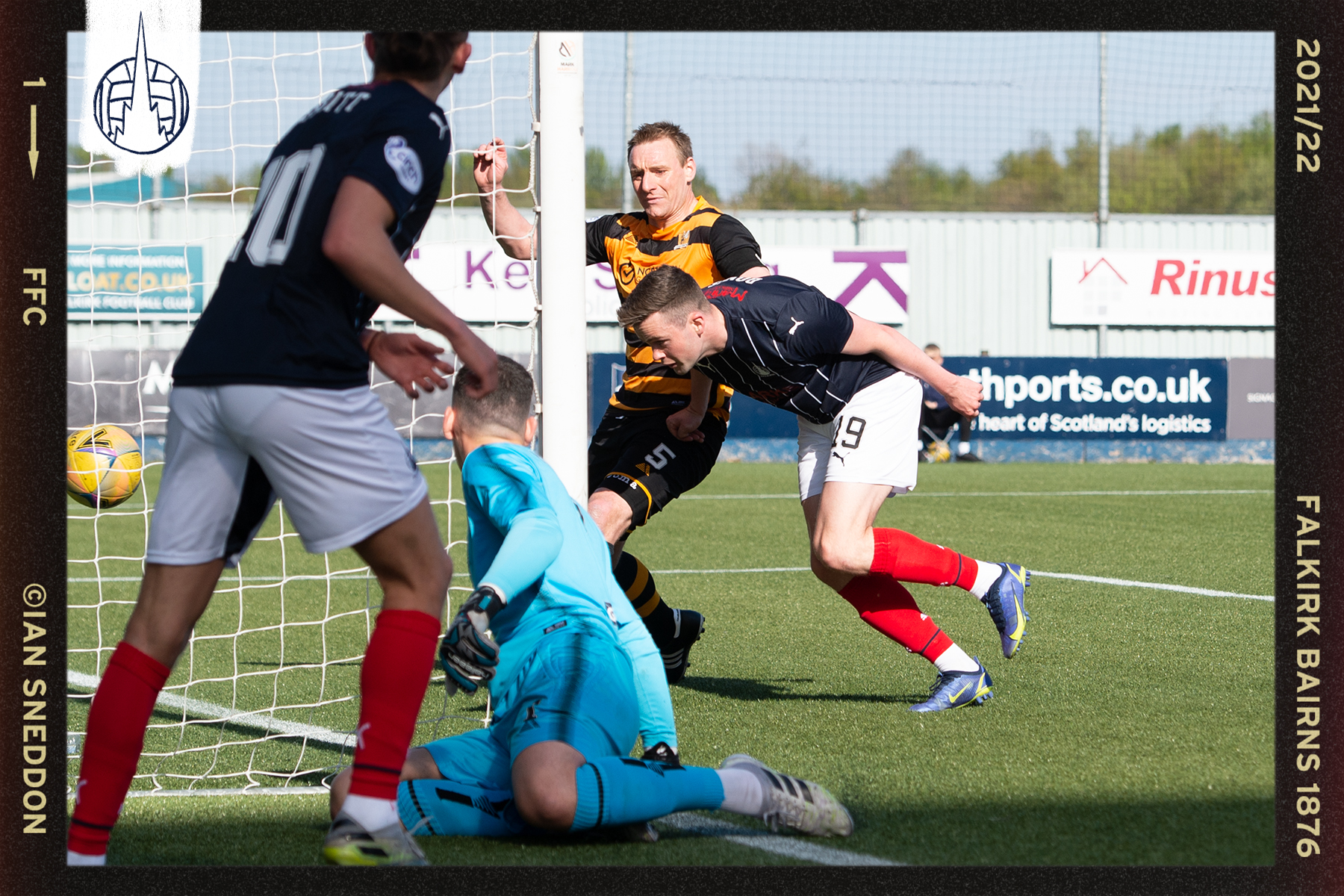 Despite a late resurgence, Falkirk succumbed to a disappointing 2-1 loss to Alloa Athletic in their final home match of the Season

The first real chance of the game fell to Falkirk, a ball over the top from Jamie Wilson was misread by the Alloa Athletic defence and Callumn Morrison was able to latch onto the ball, his resulting strike was cleared off the line.

Moments later, however, the Bairns would find themselves a goal behind. Following the goal-line clearance, Alloa launched a quick counterattack, resulting in Kevin Cawley striking low and hard past Robbie Mutch in the Falkirk goal.

Despite their best-efforts Falkirk were unable to immediately respond to this setback, struggling to break through a resolute Alloa defence. Regardless Falkirk continued to force the action in an attempt to find a goal.

With the first period entering its final 10 minutes, the Bairns created their best chances of the game so far. First Craig McGuffie whipped a ball across the face of the Alloa goal, however, no one was able to force the ball over the line and it was cleared for a corner. Then the resulting set-piece found its way to Charlie Telfer just outside the opposition area, the Bairns midfielder struck a powerful shot from range which was well held by PJ Morrison in the Alloa goal.

Falkirk started the second period brightly, but against the run of play found themselves a further goal behind. Alloa substitute Connor Sammon took advantage of a defence mishap finding himself through on goal and slotting the ball past Mutch for the visiting side’s second goal of the afternoon.

Alloa then almost found themselves even further ahead with a counterattack finding its way to Kevin Cawley just inside the Falkirk area with his strike flashing just wide of the goal. Shortly after Falkirk fashioned a chance of their own. Leon McCann did well to find Anton Dowds with a cross into the opposition box. Dowds however was unable to find a clear way to goal, cannoning his shot off an Alloa defender.

The Bairns would then finally find a breakthrough. A looping cross found the head of Aidan Nesbitt at the back post, the midfielder showed great awareness to nod the ball back across goal to the onrushing Dowds who forced the ball over the line.

Sensing a comeback, Falkirk continued to pile on the pressure with a Morrison strike from distance forcing his name’s sake in the Alloa goal into a fine diving save – tipping the ball wide of the post. Again, PJ Morrison was forced into action, this time palming the ball away from danger following a powerful drive from Nesbitt.

Despite the late resurgence, Falkirk were unable to find the goal which would put the match level, instead having to settle for a disappointing loss in their final home game of the season.