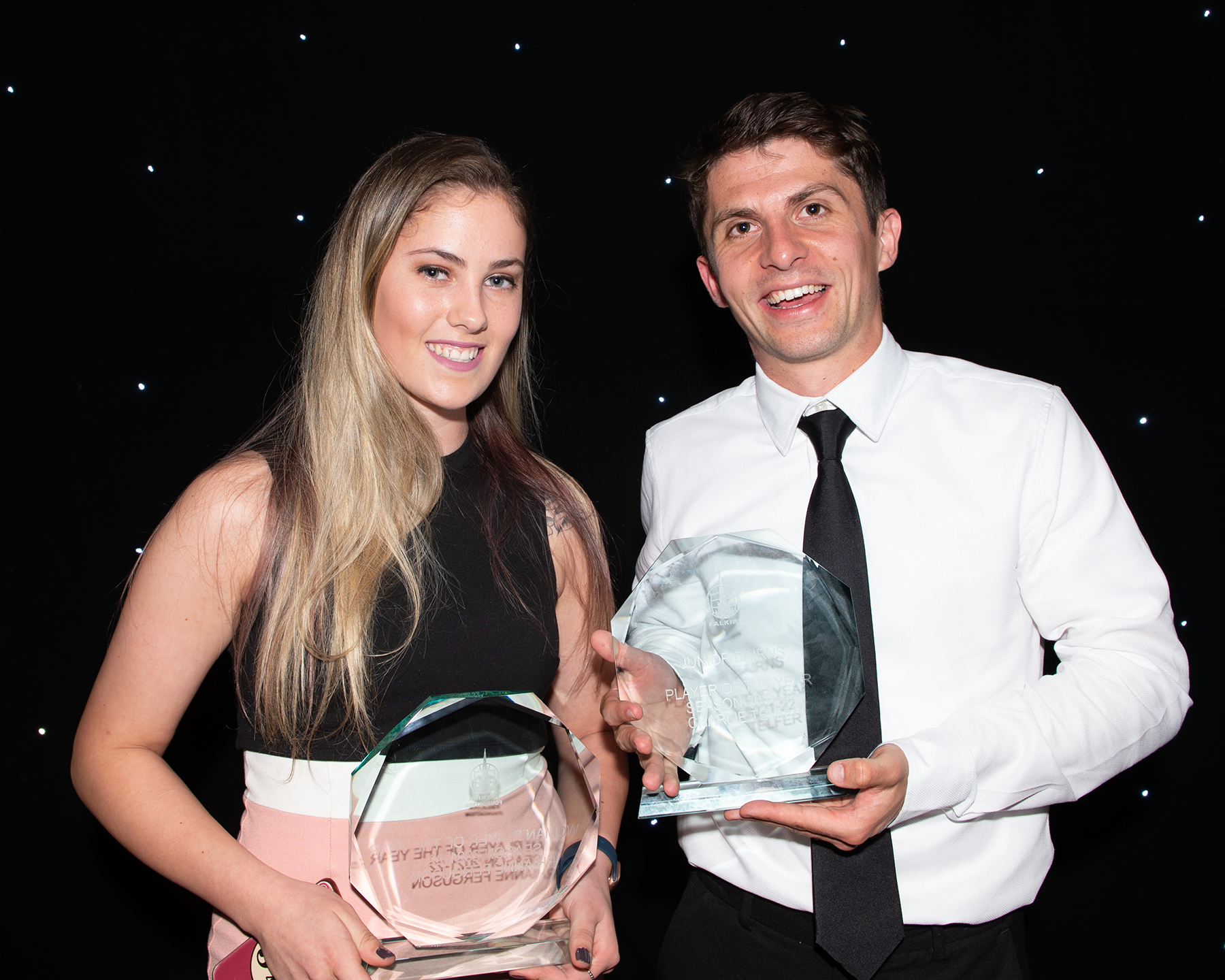 On Sunday evening Falkirk Football Club and the Falkirk Football Community Foundation hosted our Recognition Awards Night, in association with Bairns Business Club, in which we recognised the exceptional efforts of those in and around, and involved with, the club and foundation.

A moment of remembrance was observed as the Bairns who have passed away since our last Awards Night were remembered, with a special mention for long-serving volunteer Jack Gardiner. There was also a minute’s silence for all former players and managers who have passed away over the last two years.

We also took time to recognise our sponsors and parters this season.

The night was a success and a good time was had by all.

The winners on the night were:

WOMEN’S FOOTBALLER OF THE YEAR