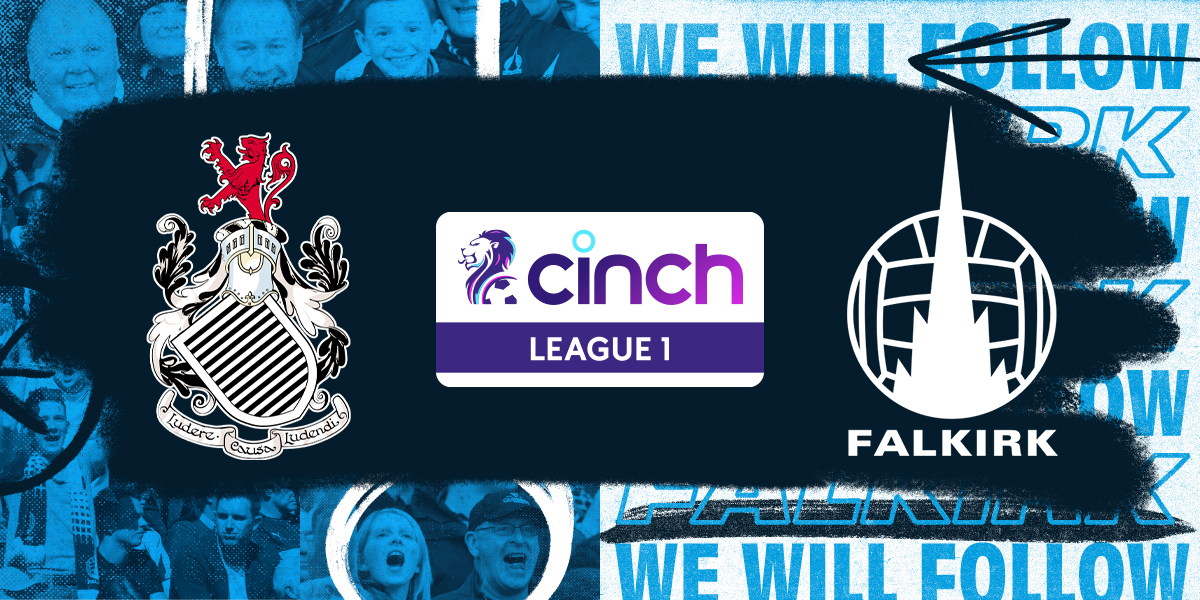 Next up for The Bairns is a trip to Firhill as we take on Queen’s Park in the final game of the season.
Kick off is at 3:00pm, Saturday 30th April.
HEAD TO HEAD
Of the three meetings between Falkirk and Queen’s Park this season, The Bairns haven’t yet managed a win over the Glasgow team. The Spiders won the first encounter of the season, despite a good Falkirk performance, thanks to a Simon Murray free-kick. The second encounter was one best forgotten about as Queen’s Park scored six unanswered. The final meeting ended a one-all draw with Anton Dowds rescuing a point just after half-time.
FORM GUIDE
Queen’s Park go into Saturday’s match on the back of two losses and will be looking to end the league campaign with a win before heading into the promotion play-offs. Four of The Spiders’ last five defeats have come against play-off teams.
Falkirk also suffered defeat last weekend as Alloa ran out two-one winners at The Falkirk Stadium thanks to goals from Kevin Cawley and Conor Sammon, while a late strike from Anton Dowds proved a consolation.
The Bairns are now just one point ahead of Alloa and two ahead of Peterhead.
HOW TO WATCH
Tickets for this match are on sale now.
Ticket prices are as follows:

Any wheelchair/disabled fans, please contact the Queen’s Park office on 0141 632 1275 and they can sort your ticket out over the phone. If any fans have issues in general they can phone the office or email tickets@queensparkfc.co.uk

The live stream of this game can be purchased from QPTV HERE.

Those wishing to travel via supporters’ bus can contact the following for more information: