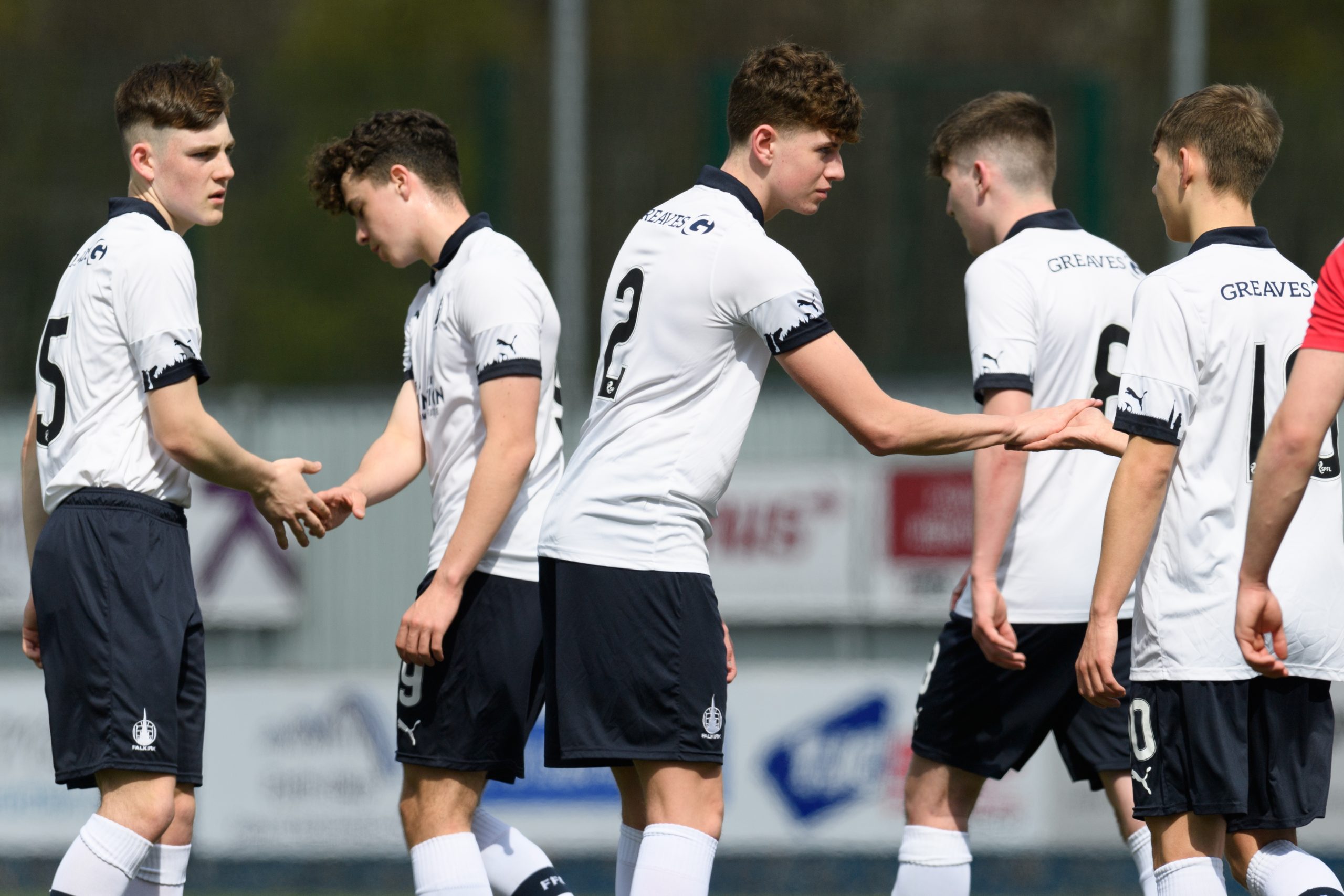 A strong performance by the U18 side saw them run out convincing winners against their opponents from Dumfries last Sunday.
Scott Honeyman scored the first after a hand-ball on the line from a Queens’ player saw the referee award a penalty and a show a red card.
The score remained one-nil at the half time break despite a number of chances created by the young Falkirk Team.
Falkirk went two up after the break with Luke Rankin adding to the lead. This was shortly followed by an own goal as the constant Falkirk pressure began to show.
Spectacular strikes from Paul McLaren, Louis Johnston and another from Luke Rankin added to the score. Further goals from Scott Honeyman and Kyle Connelly increased the advantage before Queens grabbed a goal late on.
This increases the U18s winning run to six games in a row, 29 goals scored and two conceded with two games still to play.
Go to Top