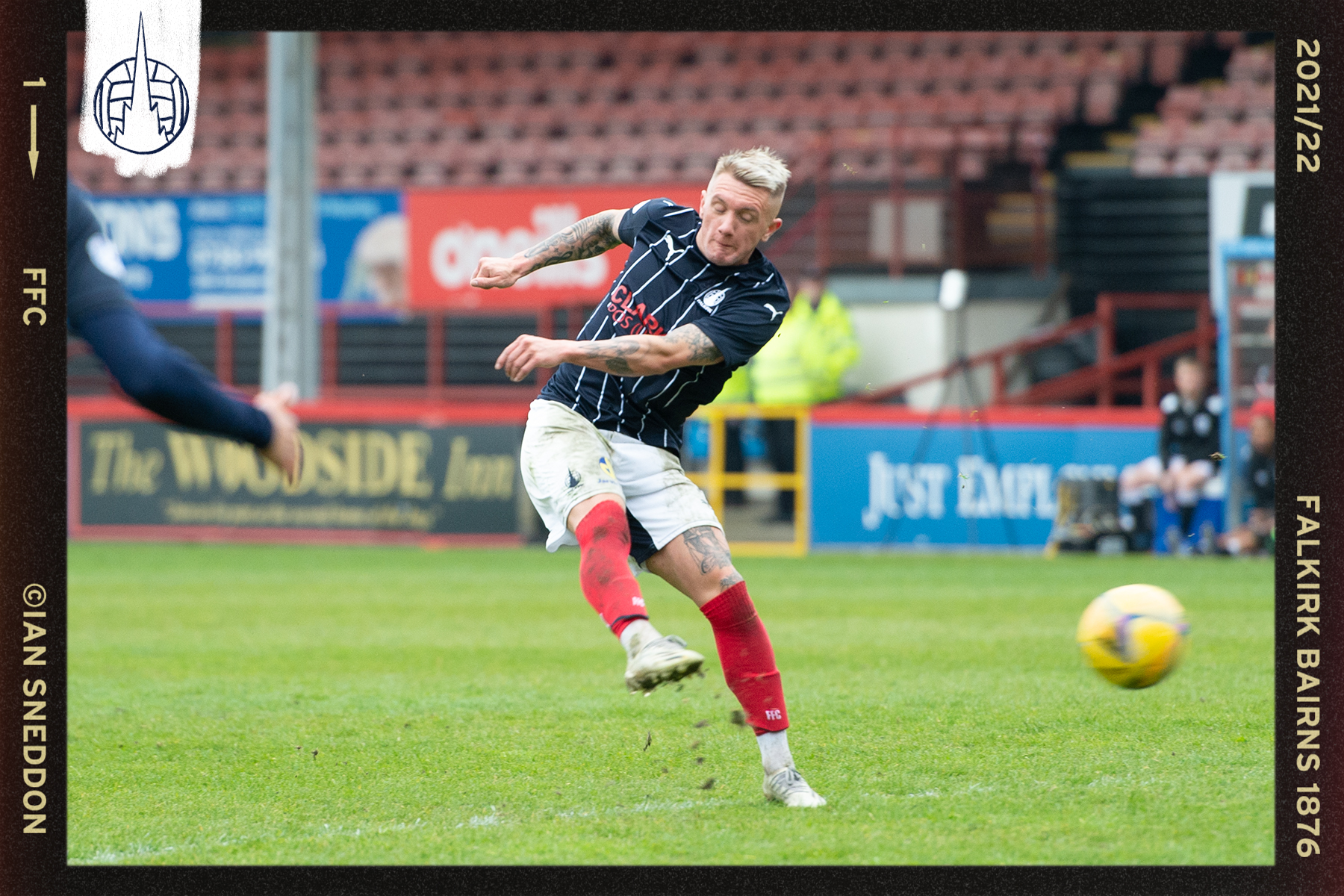 Despite a late onslaught, Falkirk settled for a share of the spoils in their final game of the 2021/22 league season.

Falkirk were placed under early pressure from the hosts, with Queens Park creating the first opportunity of the match from a corner. Robbie Mutch in Falkirk goal did well to punch away the in-swinging corner, with Darren Lyon then blazing the rebound well over the intended target

The Bairns, however, responded with a period of possession but were unable to create any real goalscoring opportunities.

Anton Dowds created Falkirk’s first real chance of the game, doing well to control a chested pass from Charlie Telfer, the Bairns striker then unleashed a powerful volley which narrowly missed the top corner of the oppositions goal.

Although Falkirk were beginning to grow into the game and asking questions of the Queen’s Park defence, it would be the hosts grabbed the first goal of the afternoon. A quick break from Queen’s Park found Luca Connell through on the Falkirk goal, Steven Hetherington did well to put off the opposition attacker, but a cut back pass found Jai Quitongo who fired the ball into the back of the net.

Again, Dowds caused problems for the Queens Park backline, this time latching onto a cross ball from Keaghan Jacobs, but he could only direct the ball into the grateful arms of Calum Ferrie in the opposition goal.

Queens Park then thought they had found their second of the afternoon, a ball into the box found the head of Bob McHugh who guided the ball off the post and into the net. However, it would be a let off for Falkirk and the linesman raised his flag for offside.

The final chance of the half came in the form of a Leigh Griffiths free kick. The Falkirk number 9 dispatched a low driven effort towards the Queens Park goal, but Ferrie reacted well to push the ball wide.

Early into the second half a chance fell to Falkirk, with Telfer trying a shot on the edge of the area which was held by the opposition keeper.

Shortly after, the Bairns created another goal scoring opportunity. Morrison showed great skill to beat Tommy Robson on right hand side of the park before dispatching an inviting cross to Griffiths who stood unmarked in the middle of the penalty area, however the Falkirk striker was unable to head the ball on target.

The game then continued to be an even battle, with both teams looking to gain the upper hand in the middle of the park, although neither side was able to create any real chances.

With the game fast approaching its conclusion, Falkirk finally found a breakthrough. The ball found its way to Callumn Morrison on the edge of the box, the Bairns number 7 then hammered the ball past Ferrie to make the game level.

This goal spurned Falkirk into a late assault, with a flurry of late chances falling to the visitors. First a driven effort from Aidan Nesbitt was blocked by a Queens Park defender, before Telfer also had an attempt cleared from danger.

Despite the late push, Falkirk had to settle for a point in their final 2021/22 cinch league one game.