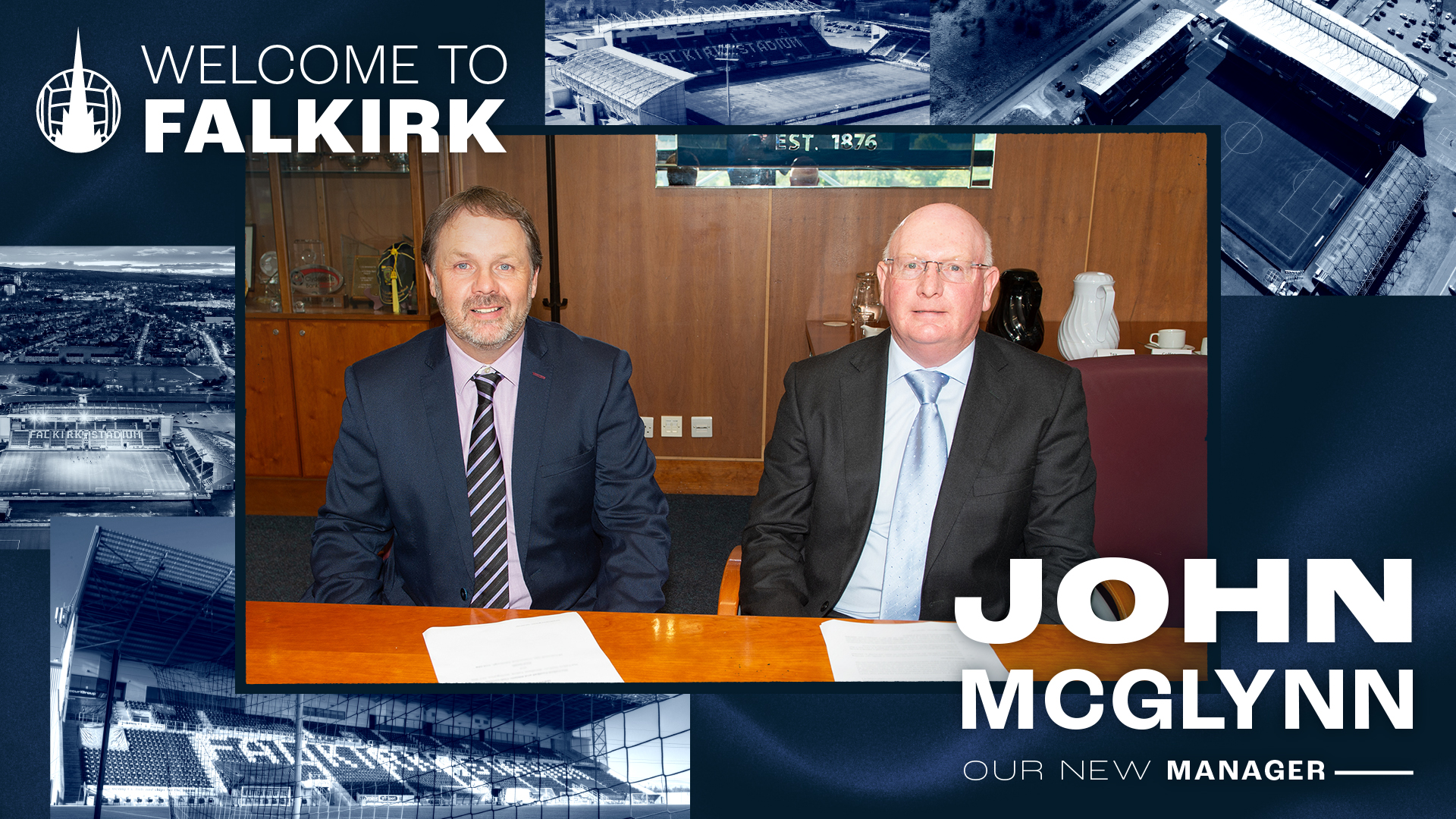 Falkirk Football Club is delighted to announce the appointment of John McGlynn as First Team Manager.

The 60-year-old joins on a two-year deal that will see him manage Falkirk until the end of the 2023/24 season.

The Club would like to thank Raith Rovers for their assistance in allowing John to take immediate charge of The Bairns to prepare for the beginning of the 2022/23 campaign.

John spent ten years as a coach with Hearts, taking interim charge of the Edinburgh side on two occasions. He left Tynecastle in 2006 for Raith Rovers, finishing in play off positions for two consecutive seasons before achieving promotion to the second tier as champions in 2008/09. In the following two seasons the Starks Park side made it to Hampden as they reached the 2010 Scottish Cup semi-final and narrowly missed out on promotion to the SPL finishing as runners up in the 2010/11 Scottish First Division, with John taking home the PFA Manager of the Year award.

John re-joined Hearts as manager in 2012, taking his side to the Scottish League Cup Semi-Final, before moving on to first Livingston as manager and then Celtic, where he spent time as part of Ronnie Deila and Brendan Rodgers’ scouting team. He returned to Kirkaldy during the 2018/19 season, gaining promotion to the Scottish Championship for a second time in his first full season in charge. Last season Rovers went on to secure third place and a Premiership Play-Off Semi-Final spot in their first season back in the Championship. This season saw Raith Rovers win the SPFL Trust Trophy, marking a second Challenge Cup victory after the 2019/20 trophy was shared between Rovers and Inverness Caledonian Thistle due to the Covid pandemic.

John will be joined at Falkirk by long-time assistant Paul Smith. Paul had a successful playing career and featured for The Bairns in the 1991/92 and 1992/93 seasons, playing 60 times. He joined up with John McGlynn as his assistant at Raith Rovers in 2008 and has played a big part of the success achieved in their two spells with the club.

“I’m delighted to be here. It’s been out in the public domain for a little while so it’s not exactly breaking news, but we’re delighted to be at Falkirk. We appreciate the task in hand, as it’s a big job and a big football club, but we’re excited at the prospect of trying to get it back where we think it should belong.”

“I had a short spell as a player here 30 years ago, so I know how big a football club this is. It’s up to John and myself to push on and try to get the team back up there.”