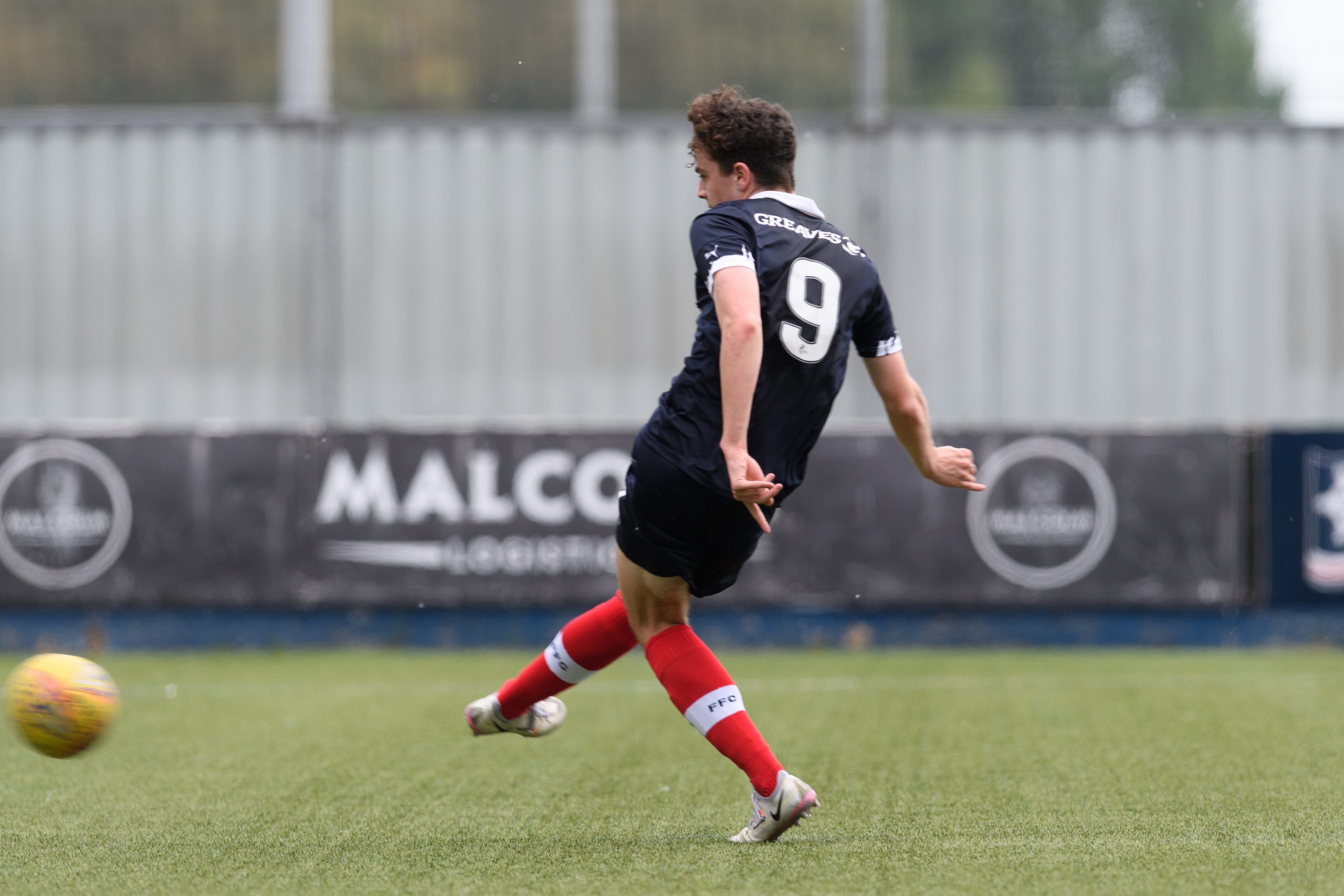 The U18 Development Squad took on local rivals Alloa Athletic at the Falkirk Stadium for the third time in as many months.
Falkirk started strongly, dominating possession and creating a number of early chances. The breakthrough came after 20 minutes when good work from Aaron Ramage and Kyle Connelly set up Ally Spalding to meet the ball in front of goal and finish off a slick attacking move.
Falkirk continued to dominate the game but Alloa evened the score after half an hour with an impressive strike into the bottom corner from 20 yards.
Five minutes into the second half Falkirk took the lead again with a carbon copy of the first goal. This time Scott Honeyman slotted home from six yards after great combination play down the right-hand side.
The best was yet to come, however, and just after the hour mark Alloa cleared a Falkirk corner only for the ball to be returned into the box for Rhys Walker to score a stunning overhead kick from 12 yards out.
Falkirk had to finish the game with 10 players after Shay Burke found himself on the receiving end of a strong tackle and had to leave the pitch injured. The young Bairns saw the game out comfortably, resulting in three wins out of three against Alloa Athletic this year.
Next up is an away trip to Elgin City.
Go to Top