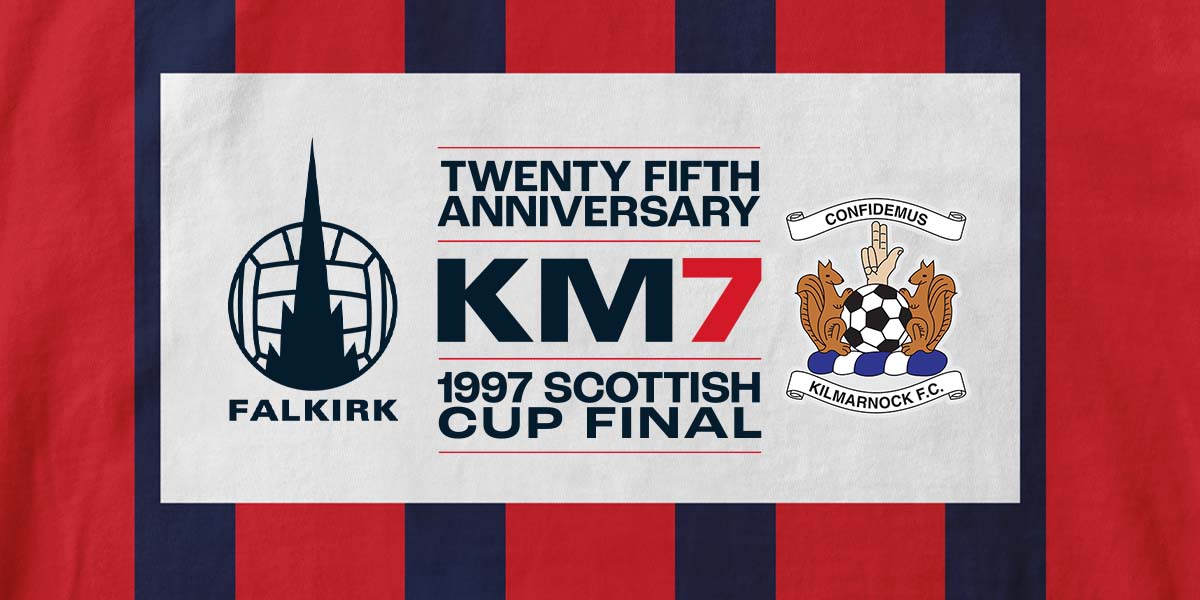 The new Kevin McAllister Stand is set to open on Friday the 24th June as we take on Kilmarnock in a friendly match.

The Kevin McAllister Stand, dedicated to Falkirk Football Club’s player of the millennium, affectionately known as ‘Crunchie’, was given the go ahead last August following a fan led proposal by The Crunchie Initiative.

Today date marks 25 years since Falkirk battled it out with Kilmarnock in the 1997 Scottish Cup final following a famous cup run which saw them knock out Celtic in the semi-final. The two teams will face off again next month, this time in a friendly match that will kick off pre-season for The Bairns.

Tickets for the match will be released over the coming weeks and the prices will be as follows:

“We are delighted to see all the work over the last years come to fruition. The club would like to say a big thanks to The Crunchie Initiative for all their hard work to make this possible. It is a fitting tribute to Falkirk’s player of the millennium, a player much loved by all Falkirk fans. We look forward to welcoming Kilmarnock to The Falkirk Stadium to kick off what will hopefully be a successful season for the club both on and off the park.”

Dave McInally of The Crunchie Initiative also gave his thoughts on the event:

“The Crunchie Initiative campaign has been running for over two and a half years now so it feels crazy that we are now one month away from the renaming of the South Stand to the Kevin McAllister Stand.

“Getting to the finishing line would not have occurred without the great support and contributions of the Falkirk fanbase. We may have had to endure some tough times recently but we know how to treat our own and, as always, I know they’ll turn up in large numbers on the day to show our appreciation of Falkirk’s greatest player. That is what this whole campaign has been about and we are delighted that the support will be able to give Crunchie the recognition that he is long overdue.

“We are thankful to the club for their assistance in helping to deliver this and we thank Kilmarnock for agreeing to play against us to mark the occasion. We’ve had some massive games against Kilmarnock in our recent history and this will be 25 years since we played them in the final of the Scottish Cup in 1997, where Kevin was unfortunate to be on the losing team. There will be familiar faces to Crunchie in either dugout too with his old coach Tony Docherty at Kilmarnock and his old team mate Paul Smith in the Falkirk technical area. Hopefully we’ll see a turn around in the result and this will help kick on a new era within the club where we see the emergence of other club legends.”