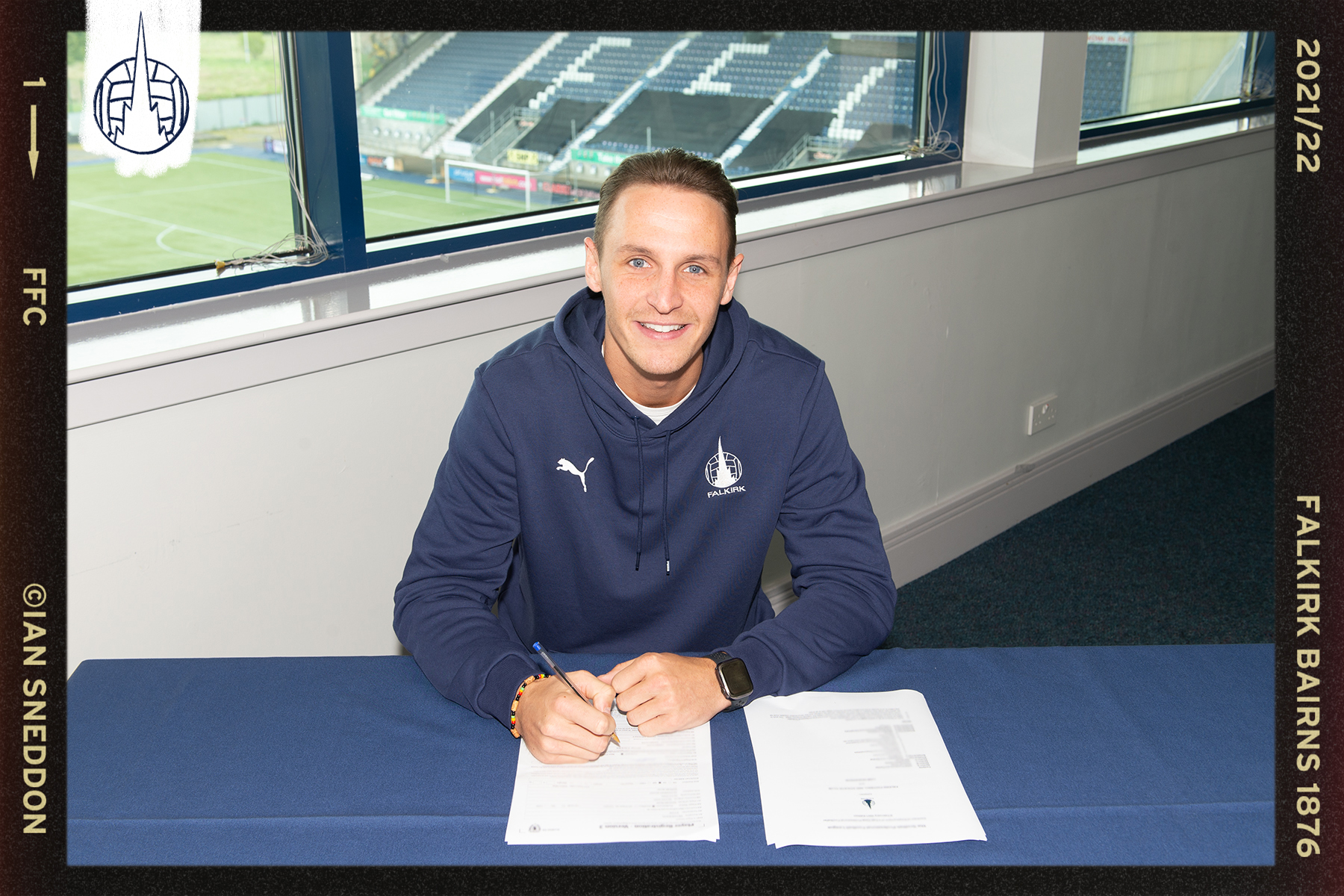 Falkirk Football Club is delighted to announce the signing of Liam Henderson.

The defender joins from Championship side Arbroath on a two year deal.

It will be the 25-year-old’s second spell with Falkirk, having been on the books in 2017/18. Due to being loaned out to Cowdenbeath and Edinburgh City during his time at The Falkirk Stadium, Liam’s first start this season will be his first competitive appearance in the Navy Blue.

Having also spent a number of seasons at Edinburgh City, as well as a stint in The National Premier League of Western Australia, the left-sided defender comes with a fair share of experience, playing over 130 games since his time in Falkirk. He joins us having been a part of Arbroath’s impressive 2021/22 season, helping them to second place and a play-off spot.

“It’s been in the pipeline for a while and now me and John have got it sorted so I’m delighted. Obviously I was here before when I was younger so there’s a bit of unfinished business you might say. I’m really looking to getting started. Bring on the start of the season!”

“I’m delighted to get Liam in the door. He is a player that has developed over the years and he was here as a youngster so he knows the club and the expectation level. He’s picked up a lot of experience and I think he’s going to do exceptionally well for us. He adds bit of steel to the defence, he’s got good awareness, he’s good on the ball. He has all the physical attributes we’re looking for. I’m delighted he’s here, he’s happy to be here and I can’t wait to start working with him.”

Welcome back to Falkirk, Liam!