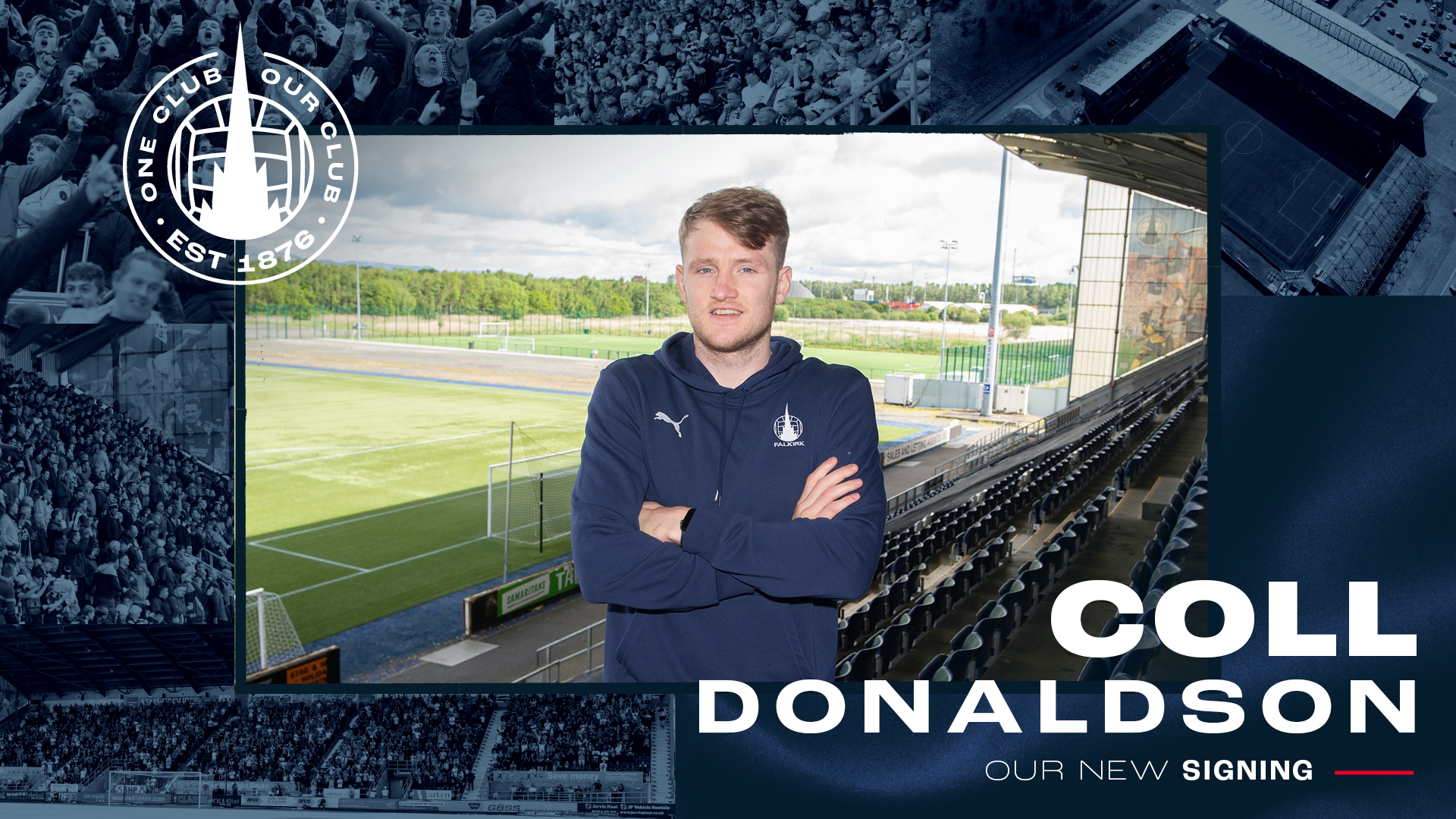 Falkirk Football Club is delighted to announce the signing of Coll Donaldson.

The 27-year-old defender will join from Premiership club Ross County on a two year deal upon the expiration of his current contract.

The centre-back arrives at The Falkirk Stadium with a wealth of experience having made over 230 career appearances.

Coll, who has played under Manager John McGlynn before during his time at Livingston, has seen spells at Inverness Caledonian Thistle, Dundee United and Dunfermline Athletic, as well as spending two seasons in London with Queens Park Rangers under Neil Warnock.

Manager John McGlynn expressed his delight at getting the deal done:

“I’ve known Coll for a good few years, I had him at Livingston. He’s got a good presence, he’s a big lad, really good on the ball. He’s played in the Premiership and has a lot of experience under his belt. I’m absolutely delighted to bring a player of his calibre into the club and I think he will help us no end going forward. I’m looking forward to working with him again.”