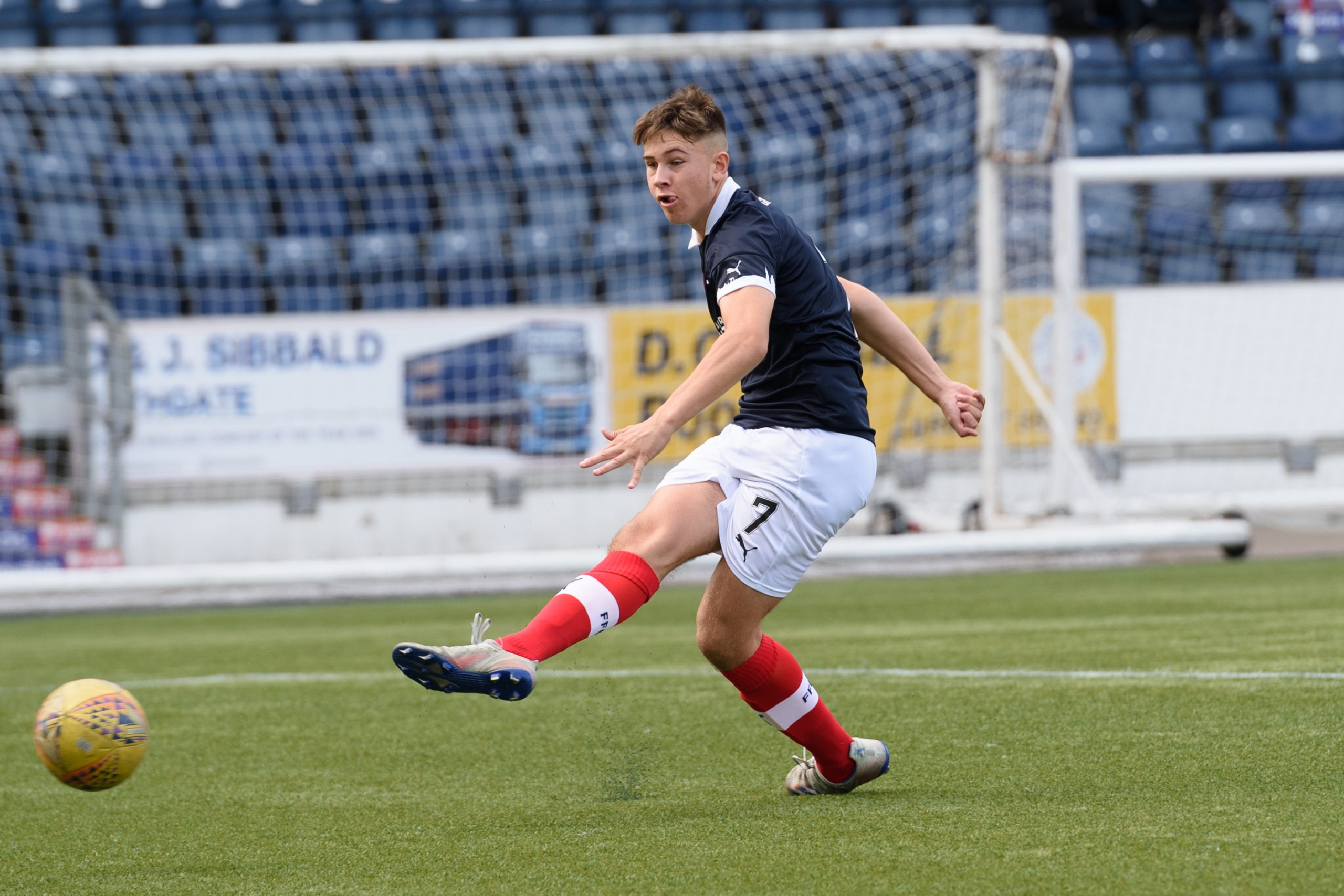 The U18 Development Squad took the long journey north to take on Elgin City in the last game of this round of Club Academy Scotland fixtures.
Elgin City named a number of older players in their starting line-up against a relatively young Falkirk side in comparison. Following a very competitive and even start, Falkirk took the lead from a corner with captain Miller Ritchie scoring a bullet header from 12 yards.
As the game became increasingly physical on a very tight pitch and despite hitting the post, Falkirk struggled to create many more clear-cut chances before half time.
A quick start to the second half saw Falkirk take control of the game with winger Scott Honeyman adding another two goals to the score and to his impressive goal tally for the season.
Elgin continued to press and, after a number of substitutions for both teams, they pulled a goal back with a well taken header. A late penalty awarded to Elgin set up a very tense finish to the game but with a few good saves from goalkeeper Dan Hart, Falkirk saw the game out to record a 3-2 victory.
Go to Top