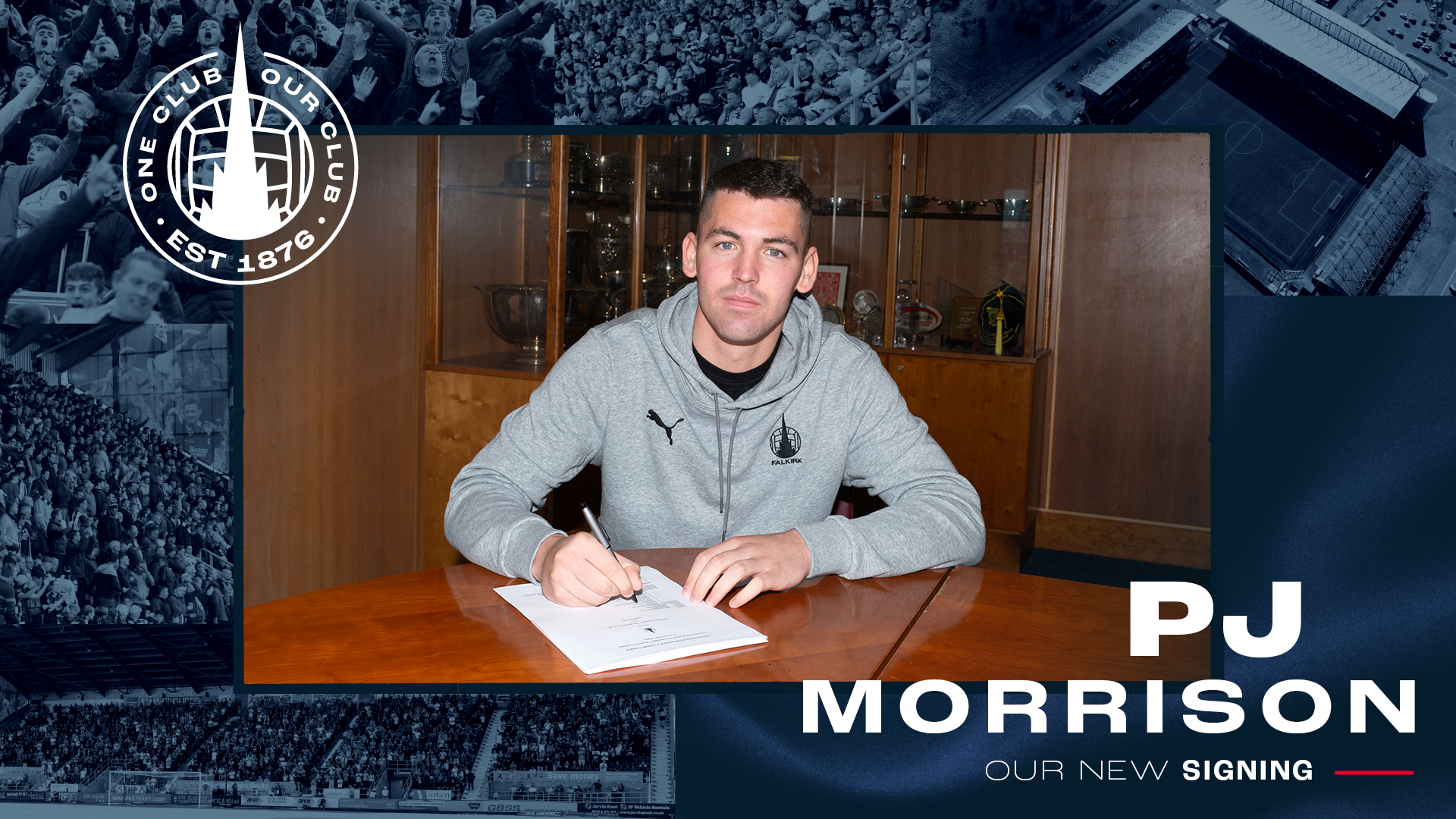 Falkirk Football Club is delighted to announce the signing of goalkeeper PJ Morrison.

The twenty-four-year-old will join The Bairns on a one-year-deal with another year option upon the expiration of his current contract with Motherwell.

PJ departs Motherwell having spent his career so far at the North Lanarkshire club, coming through their youth academy and winning the Scottish Youth Cup in 2016. While at Motherwell he spent time on loan at Falkirk at the start of the 2020/21 season.

In his first spell with The Bairns the young goalkeeper signed as a back-up before making his debut as a substitute against Forfar Athletic and going on to keep the no. one shirt for eight games, saving a penalty in the process.

As well as his time at Falkirk he has been on loan at a number of clubs including Clyde, Albion Rovers, Cowdenbeath, Ayr United and Alloa Athletic.

PJ said on joining The Bairns:

“I really enjoyed my spell here a couple of seasons ago and I’m delighted to be back and making my move permanent. I’m looking forward to getting back to it in a few weeks and meeting everybody. I’m raring to go and I think this year will be a successful one.”

“We are delighted to get PJ signed, he has gained a lot of experience at first team level, granted being out on loan, but these loan deals are the making of players and in particular goalkeepers who are in the spotlight every game they play.

“He has been at Falkirk before and knows the expectations, by all accounts he did very well in that spell, and we look forward to working with him.”