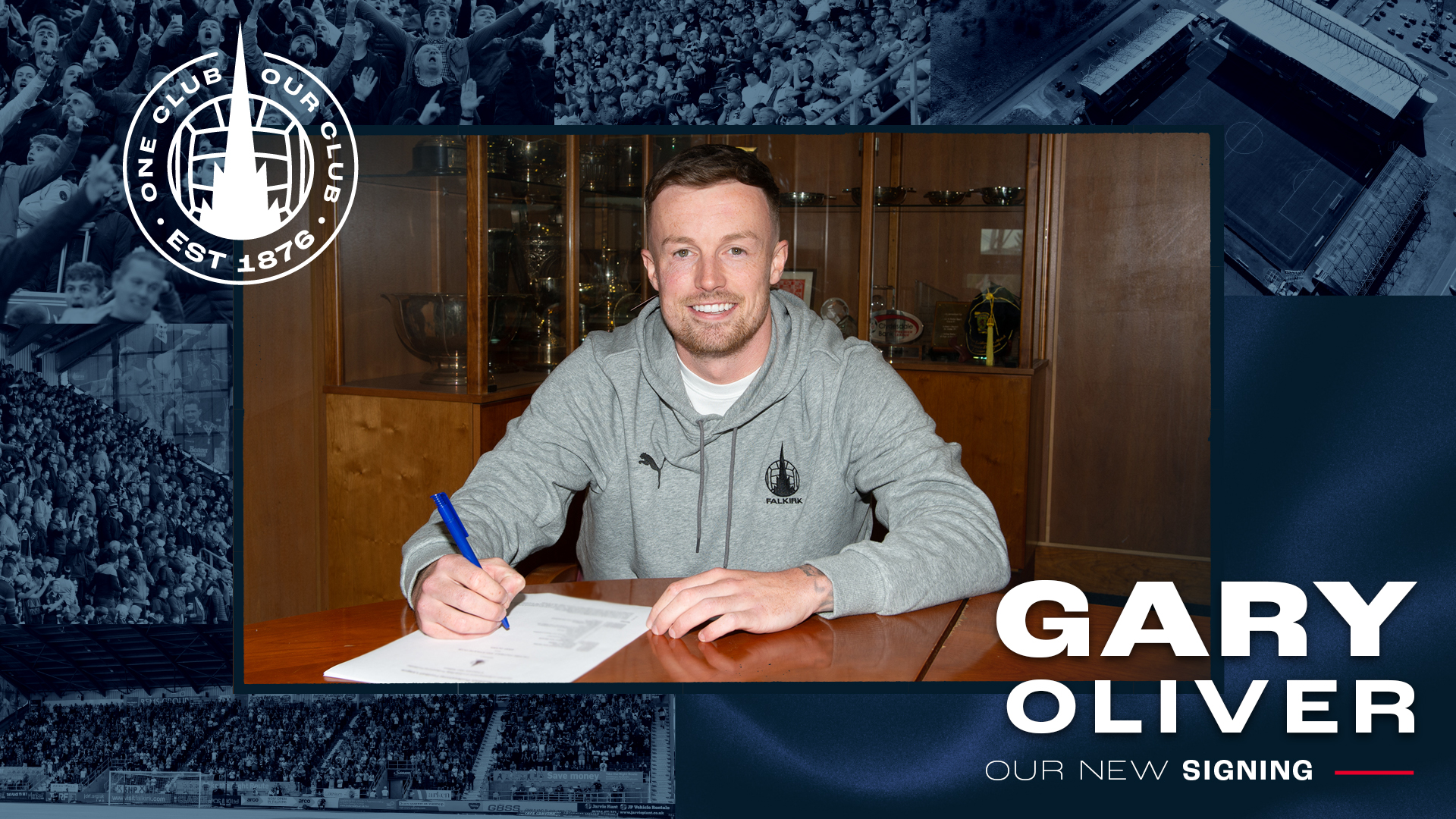 Falkirk Football Club is delighted to announce the signing of Gary Oliver.

The 26-year-old striker will join The Bairns on a one-year-deal with an option of a second year upon the expiration of his current contract.

Gary began his career with Heart of Midlothian, coming through as a youth player at Tynecastle and making 18 appearances, with a spell at Stenhousemuir on loan through the same period. After leaving Hearts he joined Queen of the South for a season, before spending the next three seasons at Greenock Morton. He returned to Queen of the South for a second time which was then followed up by a second spell at Morton, where he spent last season.

Gary said on signing his deal:

I’m delighted to be here. Falkirk is a massive club and I’m looking forward to trying to get them back where they belong. We’ve had a number of weeks off now, so there’s been time to enjoy ourselves, so now it’s time to get back to training and the hard work!

“The goal for the season is to get promotion, and for me personally I want to play matches, score goals, and help the team to win games.”

“Gary is a striker who can also play behind a striker or coming in off a side. He’s gained a lot of experience mainly playing in the Championship, and we feel Gary will complement the way we want to play. He’s an intelligent attacking player who can link the play in and around the box, he knows the route to goal, he knows the runs to make, and he’s coachable and willing to learn. At 26 years old we believe he’s ready to play a big part next season and beyond.”