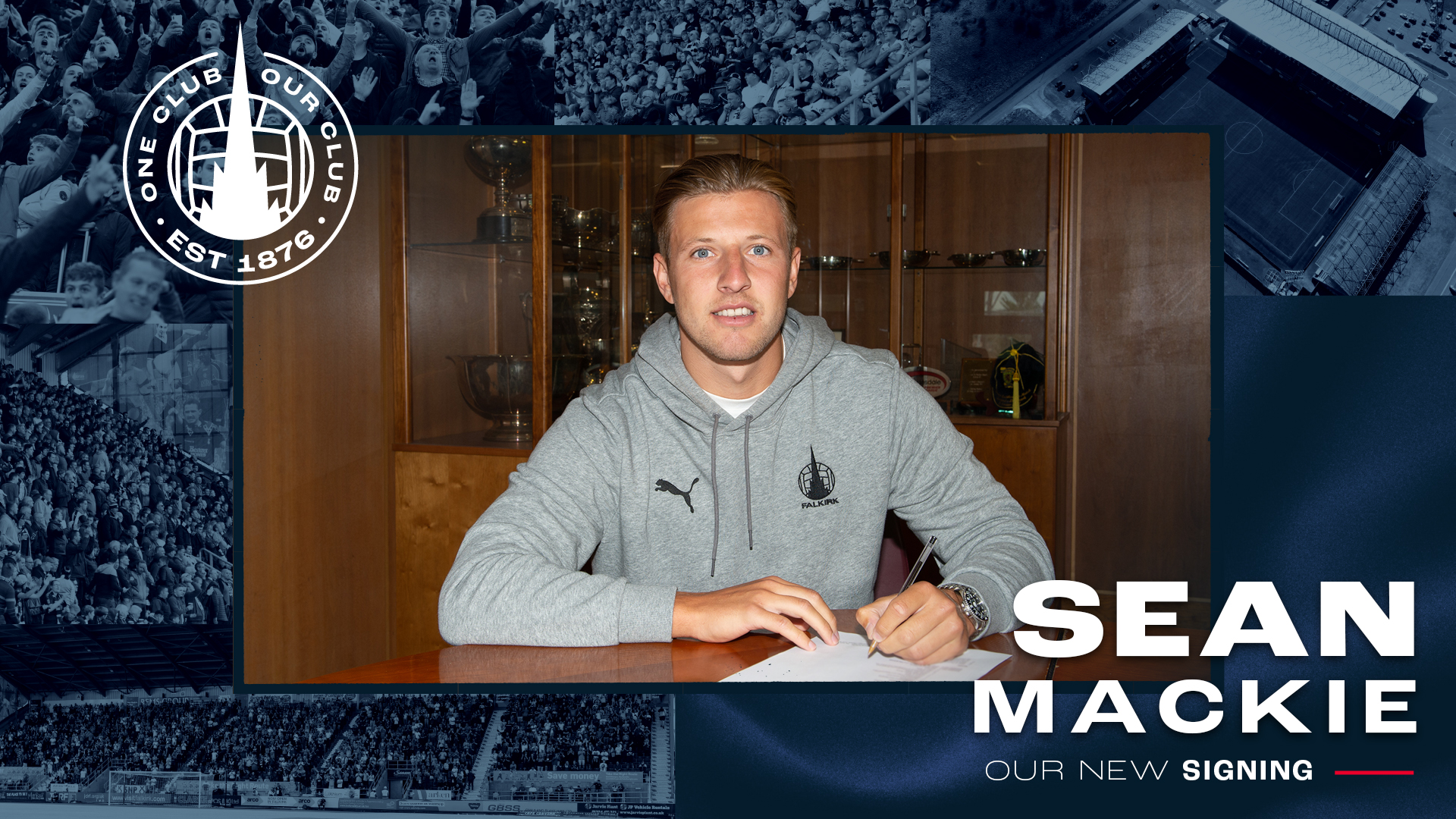 Falkirk Football Club is delighted to announce the signing of Sean Mackie on a two-year deal.

The 23-year-old, who plays as a left-back, will join Falkirk upon the expiration of his contract with Hibs.

Sean began his career with Raith Rovers after coming through the Fife Elite Academy, but only made one appearance for the Kirkaldy side before moving to Hibs for a paid fee. In his six years at Easter Road, he made 15 appearances for the Hibs first team, and completed loan spells at Berwick Rangers, Edinburgh City and Dundee. The defender spent last season back at Starks Park on loan under now Falkirk Manager John McGlynn. Sean made his debut for Scotland Under-21’s in a 2-1 loss against Sweden.

John said of his latest signing:

“We signed Sean for Raith Rovers from Hibs in February and he just got better and better, he didn’t play much the season before due to injury but certainly showed how good he was both in defence and in attack.

“He’s very strong physically, got good pace, got energy and drive to get up and down the pitch, with a quality left foot, and at 23 years old we believe his best years are still ahead of him. We’re convinced he will be a great asset to the club.”

“I’m buzzing to get the deal done, I had some struggles with injuries in my time at Hibs, so I’m delighted to get here and start playing games. It’s great to link up with the manager again after spending last season with him, so I can’t wait to get started.”