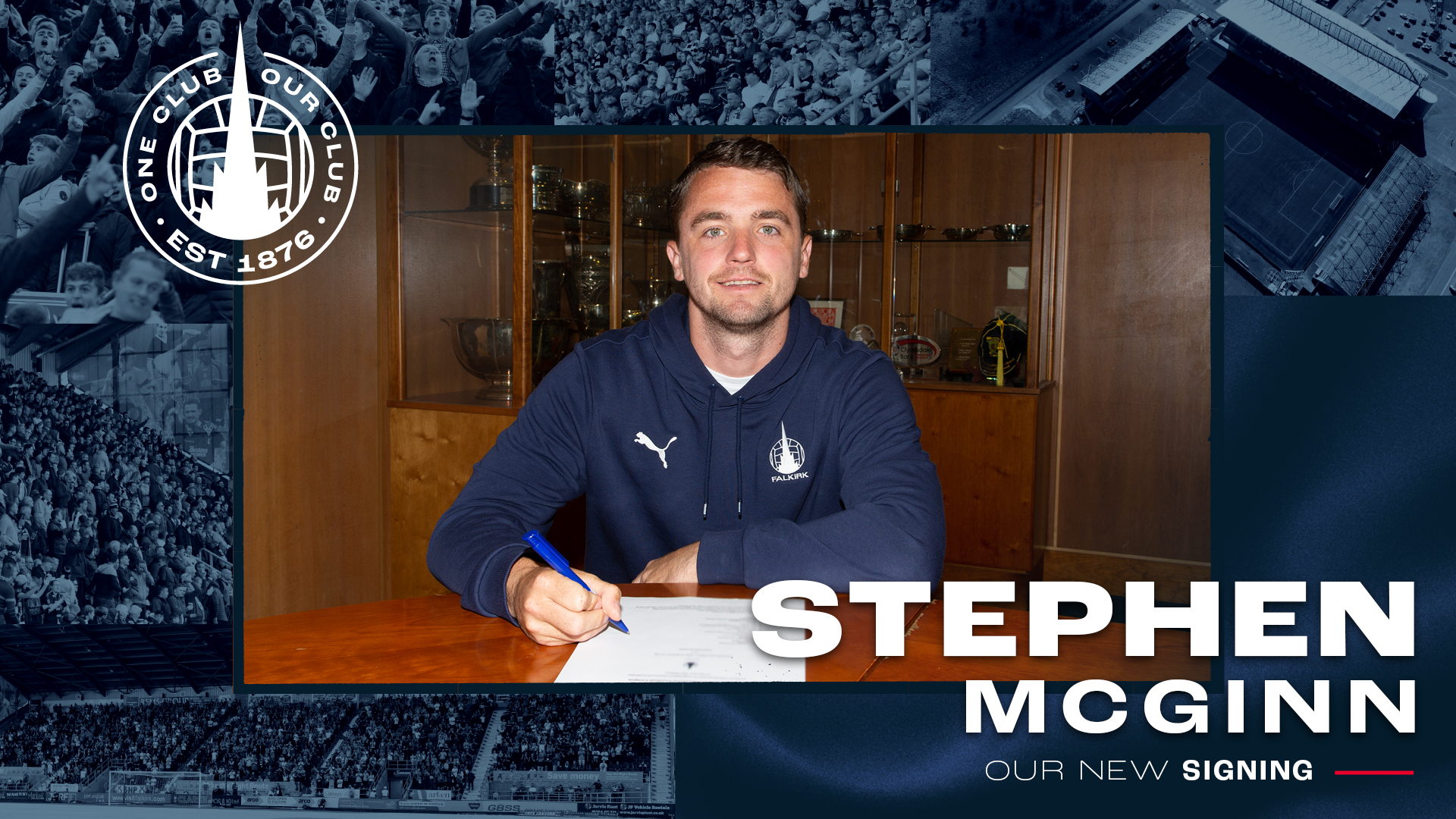 Falkirk Football Club is delighted to announce the signing of Stephen McGinn.

The midfielder joins The Bairns on a one-year-deal with an option of a second year following the expiration of his current contract.

The 33-year-old started with St Mirren as a youngster, making over 70 appearances with The Buddies over three and a half years. After signing for Watford, he established himself as a first team regular before spending time on loan at Shrewsbury. After departing Watford as a free agent Stephen signed for Sheffield United, which was followed by a loan-made-permanent spell at Dundee. He returned to England with Wycombe Wanderers for two seasons before making his return to St Mirren in 2017, helping them escape relegation and win the Scottish Championship in subsequent seasons. He has since played for Hibs and Morton, and most recently played for Kilmarnock, where he won the Scottish Championship last season.

Stephen said on joining The Bairns:

“I’m really excited to get going. The manager spoke to me while I was on holiday, and we got the deal done in a matter of hours. I was really attracted to the club and his particular management style. I can’t wait to get started!”

“Stephen joins the club after a very successful season winning the championship with Kilmarnock, playing in 40 games last season and playing a pivotal role in the Killie midfield. He brings huge experience to the club, as we all know he comes from a famous footballing family, and we believe that his winning mentality will be key to getting the best out of his teammates.

“He’s good on the ball, obviously at his age he has great knowledge of the game but speaking with him he still wants to learn and play with an ambitious club.”