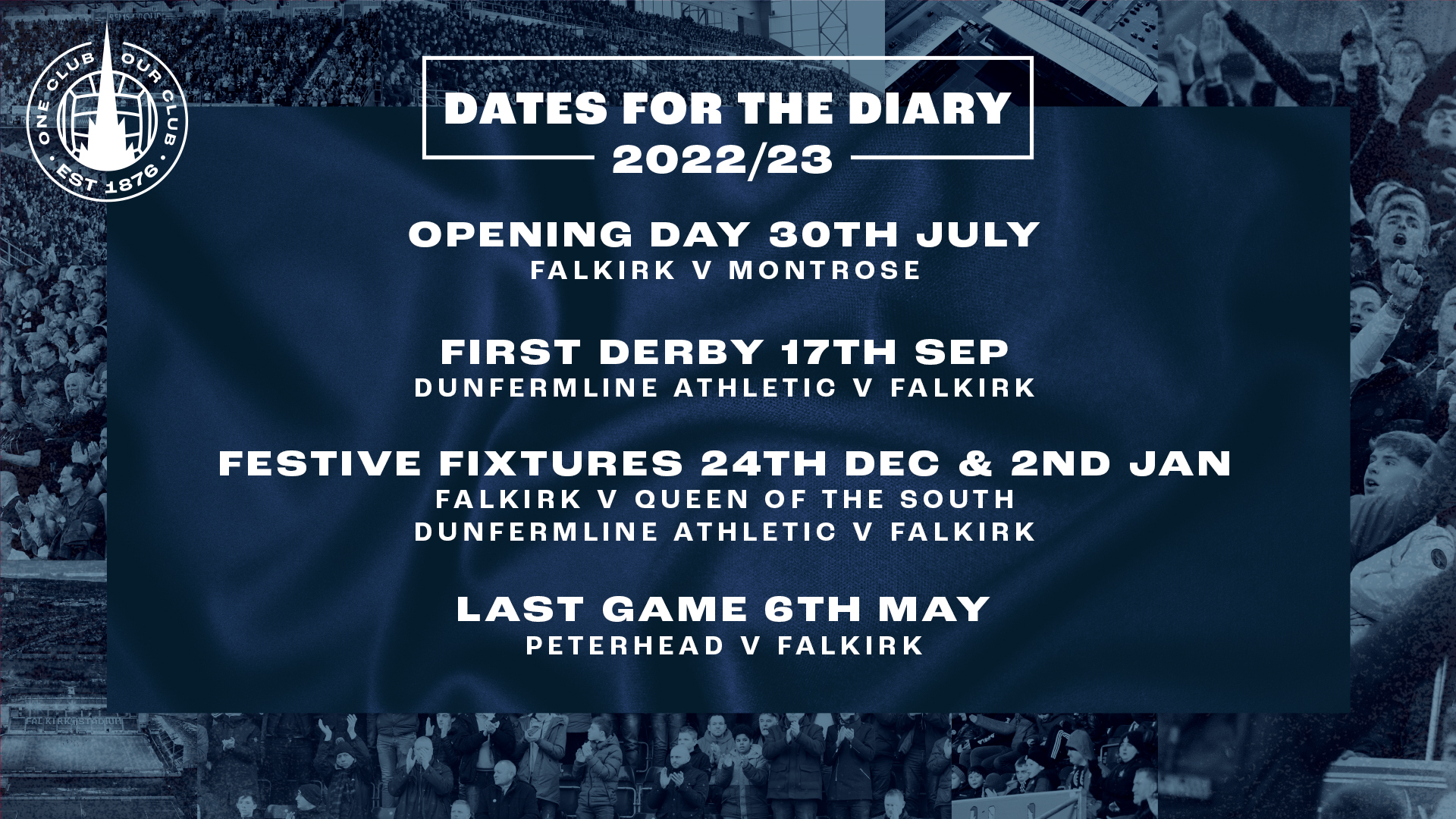 Our cinch League One fixtures for the 2022/23 season have now been announced!

The Bairns take on Montrose at The Falkirk Stadium in the opening match of our league campaign before making the short journey to Airdrie for our first fixture away from home.

Four new teams have been promoted or relegated into the league this season, and we play three of them for the first time one after the other. We visit Edinburgh to play FC Edinburgh on the 20th of August, we face Queen of the South at home on the 27th, and we make the journey to Fife and New Central Park as we visit cinch League Two Champions Kelty Hearts on the 3rd of September.

The first big derby match of the season takes place on the 17th of September as we cross the Forth to take on Dunfermline Athletic at East End Park.

The festive fixtures for 2022 see John McGlynn’s side take on Queen of the South at home on Christmas Eve before a derby match at Dunfermline on the 2nd of January.

Towards the close of the season, we play FC Edinburgh in our final home match of the campaign before facing a trip up to Peterhead for the final fixture on the 6th of May

Our full list of cinch League One fixtures for the 2022/23 season can be found below.