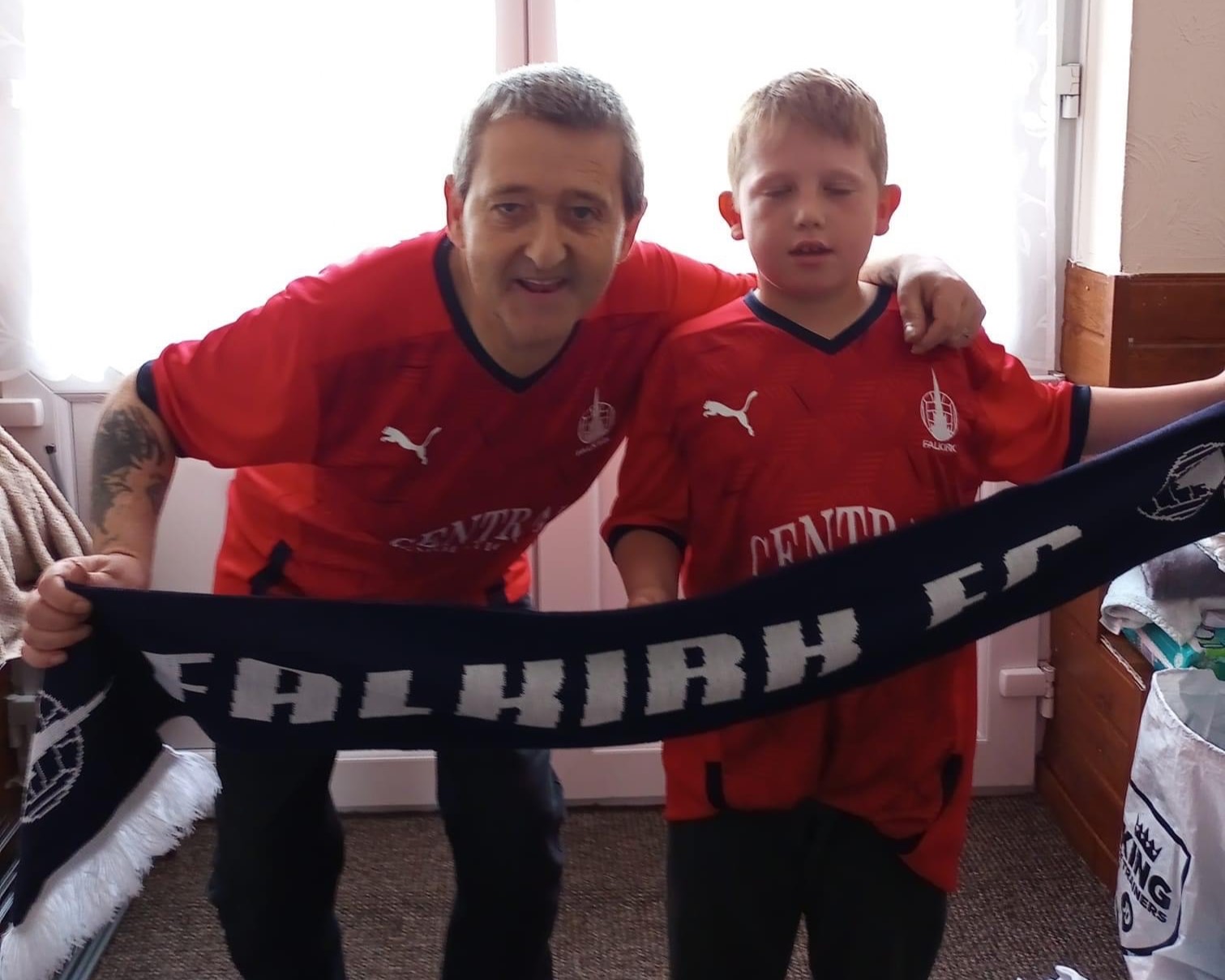 The re-naming of the South Stand to the Kevin McAllister Stand is an honour that we can all agree is well-deserved. For some, this tribute to Kevin will be a deeply emotional day. Shaun Grogan’s story is a perfect example of this as he looked forward to making the trip from Barnsley to Falkirk for this evening’s match.

Born in Camelon (although he grew up at the other end of the town from Crunchie), Shaun was always destined to be a Bairn, but with Crunchie being a Camelon boy, that passion for all things FFC became all the stronger.

Shaun remembers a Camelon Juniors v Musselburgh Athletic game in the early 80’s. Shaun recalls “It was a midweek game, a beautiful evening, and there was this Camelon winger…….just dancing his way through the opposition players. He was turning them inside out and back to front. I wondered if anyone was seeing what I was seeing. I think they were, and I think we all knew we were seeing the first glimpses of an amazingly talented player.”

Shaun has a match programme from the mid-70s. There’s a mention of Crunchie in there, a young supporter himself, but he had just won a couple of match tickets in a competition for young Bairns.

We all hold memories of moments in games, but some of Shaun’s most vivid memories of Crunchie took place off the park. Here’s a couple of them, they might spark a few of your memories too.

“You always knew Kevin was in Camelon because of his car. I always thought it was a club car back then, but maybe not. Kevin’s orange Lada was pretty famous round my way.”

“My memory of the 98 semi-final against Hearts is a little different to most. Yes, the goal of course, but it was the radio interview, one question, one answer. It told you everything you needed to know about Crunchie the person.

“The interviewer said something like ‘unlucky Kevin, but you have been awarded Man of the Match so that must be a consolation despite losing the game.’ Kevin wasn’t slow in responding with ‘Are you serious? What sort of question is that?’”

“When Kevin signed for Chelsea, I saw him in the street, and I ran over and said “Kevin, Kevin, all the best for Chelsea”. He turned and said, ‘Thanks Shaun, it’s a walk into the unknown for me, so let’s see what happens.’ That Crunchie actually called me by my name had me floating on air for the rest of the day. I was about 15 at the time.”

Shaun’s health means that it will be a struggle to be at the match today, but he is doing everything in his power to ensure that he is present for the celebration.

“Kevin receiving this honour means so much to me. My health has me questioning how many more times I will manage to travel from my home in the midlands back up to The Falkirk Stadium. Being part of the evening is vitally important to me for so many reasons, but it’s all about Kevin, not me.”

We all wish him a safe journey and look forward to seeing him at the game. This is the power of football, but it also demonstrates what Crunchie means to so many people.