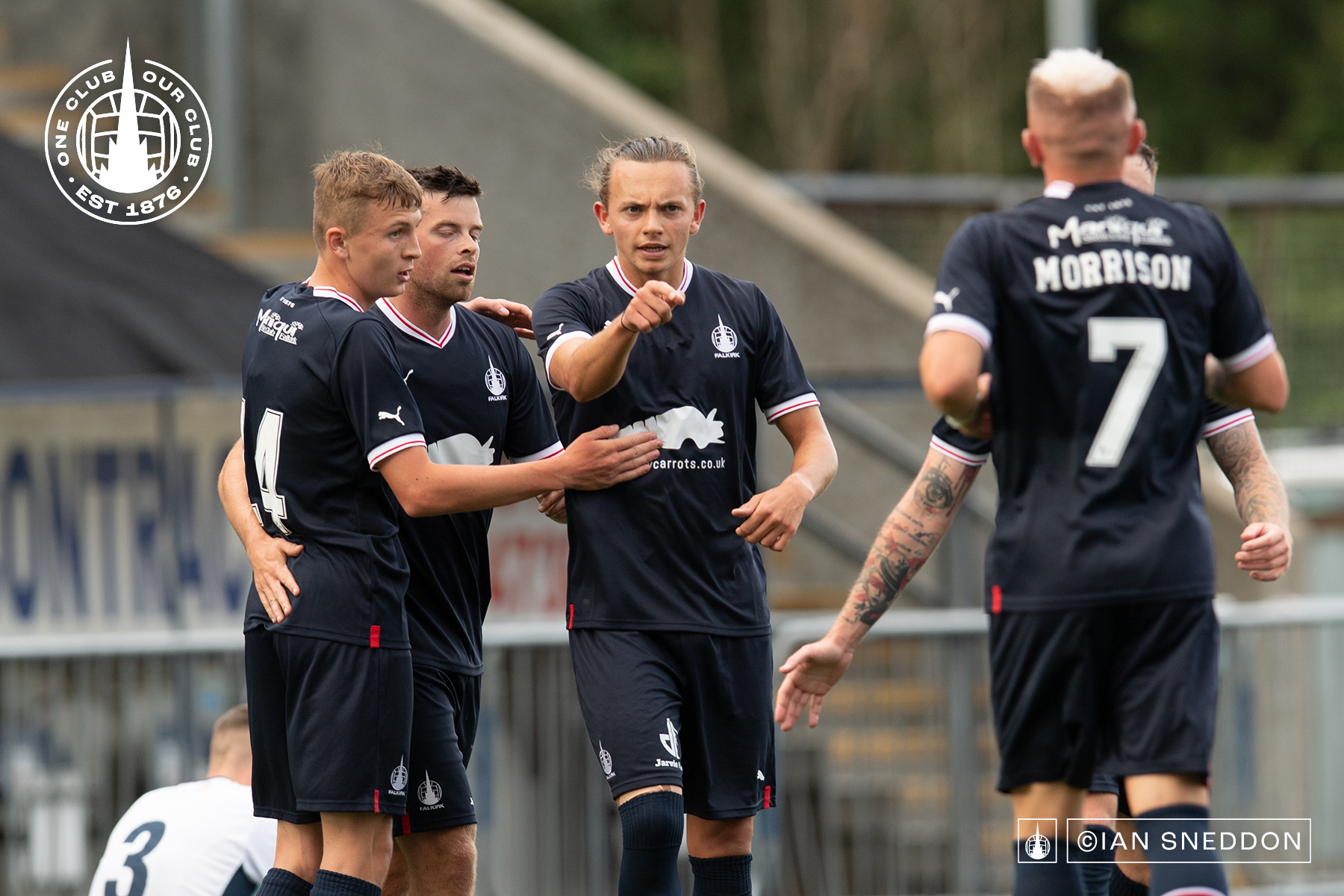 The Bairns won their second pre-season friendly of the 2022/23 season with a 1-0 win over Stranraer.

The first Falkirk chance should’ve been a goal early on as a Callumn Morrison shot was nearly turned home by Aidan Nesbitt, before coming back to Morrison who squared it Gary Oliver. His shot was well saved by George O’Conner, and the goalkeeper made a second great save to deny Nesbitt again after the ball came to him a few yards out.

The Bairns continued to move the ball about well in the first 20 minutes, and broke well through Trialist A and Callumn Morrison. The latter played McGuffie through but he couldn’t find Aidan Nesbitt with his low ball.

The Bairns made the breakthrough on 17 minutes. Craig McGuffie did brilliantly to beat two men with great skill before playing a pass off Gary Oliver and squaring to Aidan Nesbitt who made no mistake with the finish.

The visitors grew more into the game after going a goal down and had two good chances as James Hilton went through on goal, but was closed down by Paddy Martin and Dean Hawkshaw tried a great effort from range that was tipped over, but Falkirk went into the break a goal up.

The second half was far cagier than the first with little in the way of good chances. After an hour Craig McGuffie again broke past several Stranraer players before passing to Aidan Nesbitt. The Falkirk number ten cut inside before firing a shot that cannoned off both posts before somehow coming back out, in the best chance of the second half.

It was a throwback at The Falkirk Stadium as moments later former Bairns striker Daryll Duffy tried an audacious lob, and he thought he had scored as Martin backpedalled to hold his effort from range, but the referee waved play on.

A tetchy second half with lots of niggly fouls turned fiery with twenty minutes to go as Craig Ross was sent off for a terrible challenge on Sean Mackie. The visitors number number five scythed Falkirk’s summer signing down from behind as he raced away from him, and was rightfully sent off, with Mackie then booked for his reaction.

The game petered out following the red card, with Stranraer making several more questionable challenges in the closing stages and Falkirk making multiple changes as they saw the game out.