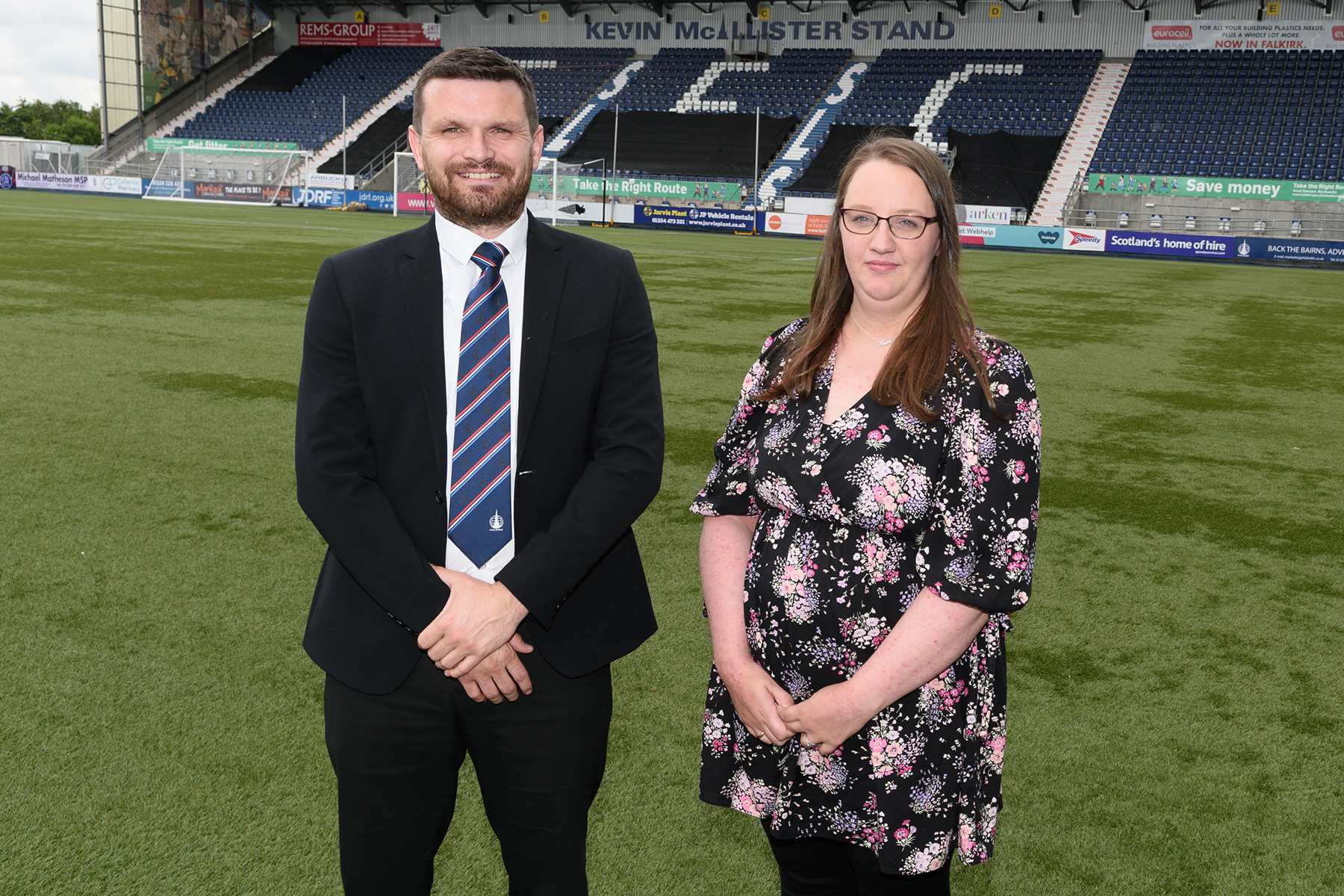 Following our recent recruitment process we are delighted to welcome two new members of staff to Falkirk Football Club.

Graham Carbis has been appointed as our new Commercial Executive. Working under recently appointed Commercial Manager Graeme Stewart, Graham will take responsibility for supporting the Club’s commercial activities and helping generate new business. A Falkirk native, Graham began his sales career across various sectors before moving into football. He first spent time within the Commercial team at Motherwell and has also spent time at Partick Thistle and Hibs.

Joanne Houghton has also joined the club as our new Supporters Services Executive. Working under Supporter Services Manager Laura Craig, Joanne has already played a big role in our recent kit and Season Ticket launches, as well as our transfer over to new ticketing partner, Total Tickets. Joanne comes from a background of retail management and is a lifelong Falkirk fan. She has worked for the club previously, having been a turnstile operator since she was 16, taking after her dad Stuart, who has also been a turnstile operator for over 47 years.

“We are extremely pleased to welcome Joanne and Graham to the team. We had a high number of excellent applicants for the roles, and Graham and Joanne were the outstanding candidates.”

“Joanne and Graham now complete the non-footballing staff at the club, and I believe they will be excellent additions as we look to rebuild the club over the coming weeks, months and years.”