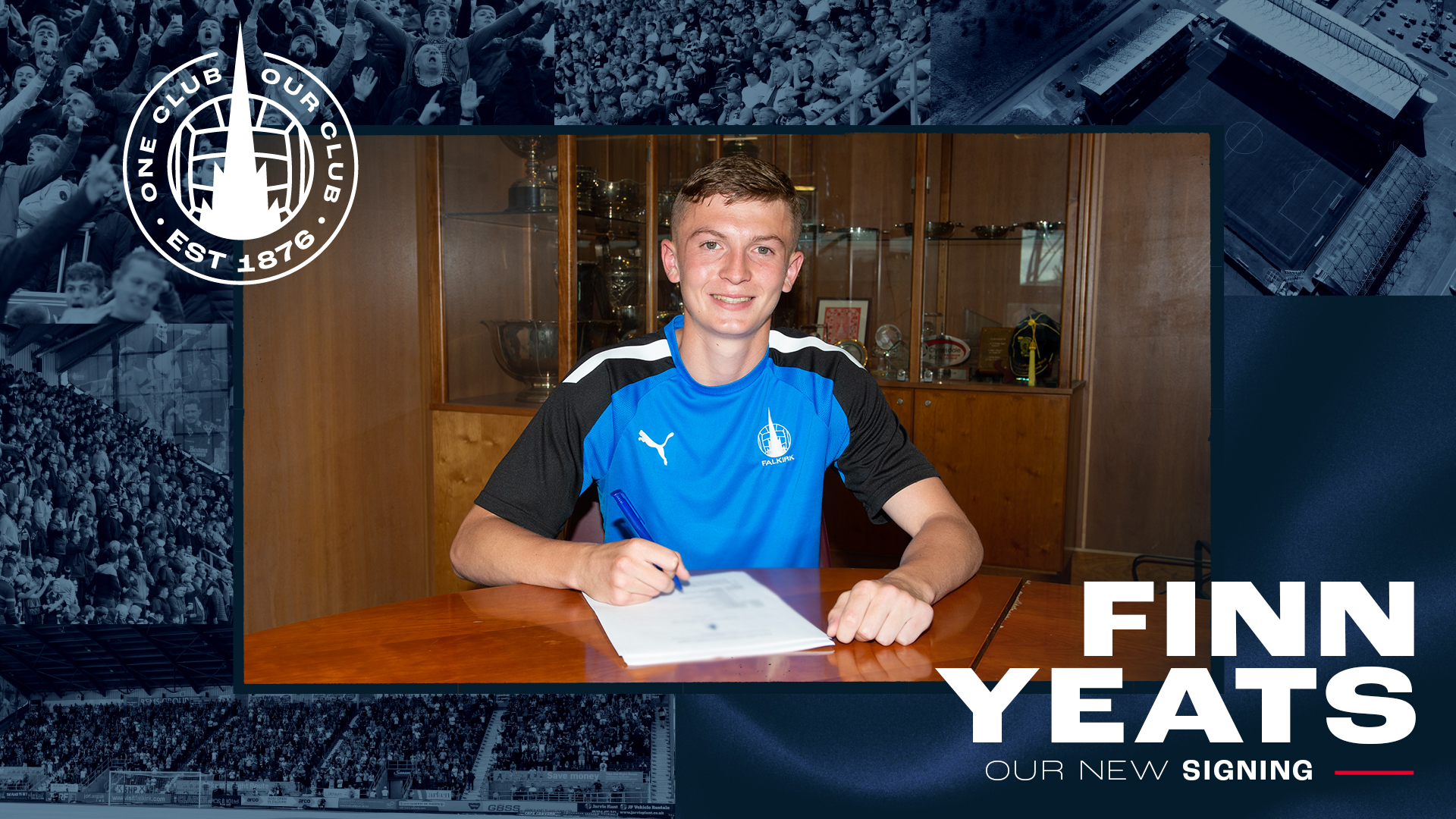 Falkirk Football Club is pleased to announce the signing of Finn Yeats!

The 18-year-old central midfield player joins the Bairns on a two-year deal, keeping him at the club until June 2024, following an impressive start to pre-season on trial.

Finn came through Aberdeen’s youth system and spent a season in the highland league on loan at Keith FC. Since starting his trial period with Falkirk, Finn has put in some impressive performances in pre-season friendlies, most notably catching the eye of fans in the club’s first two pre-season matches against Kilmarnock and Stranraer.

“We went to see Finn play for St Johnstone in a trial match and he impressed so we got him in for pre-season training where he stood out and looked like a really good athlete. He played in our friendly game against Kilmarnock and excelled so a lot of what we’ve seen has been great. We think he’s got potential to go and kick on but we think he’s also going to do a right good job in the short term too. He’s one for now and one for the future. I’m looking forward to working with him and I think he’s going to do well.”

Finn will wear number 14 for The Bairns.