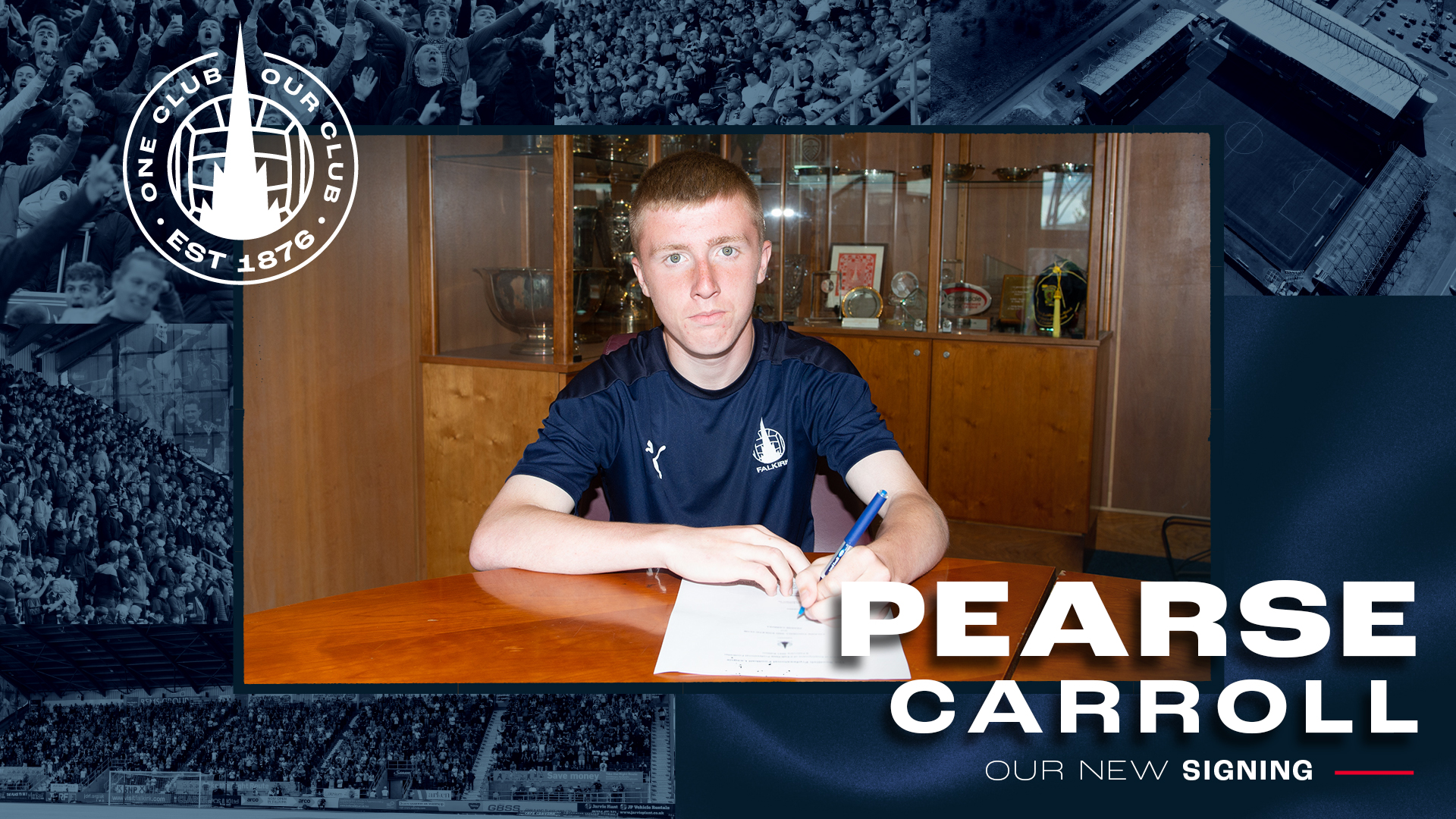 Falkirk Football Club is delighted to announce that Pearse Carroll has signed his first professional contract with the club!

The 16-year-old midfielder has signed a two-year deal, keeping him at the club until June 2024, after an impressive start to pre-season training with the first team.

Pearse started out with the Under-16 Development Squad before moving up to the Under-18s where he was a standout. He has featured in all of the club’s pre-season friendlies so far, coming on as a substitute against Kilmarnock and Stranraer.

“We invited four of the under-18 players to take part in our pre-season training and we could immediately see the quality that Pearse has got. He’s a central-midfield player with an amazing left foot. He’s not the biggest and not the most athletic but he has great ability and we feel that, at 16, there are other attributes we can add. He’s definitely one for the future but depending on how well he develops, he may kick on quicker.”

Pearse will wear number 28 for The Bairns.