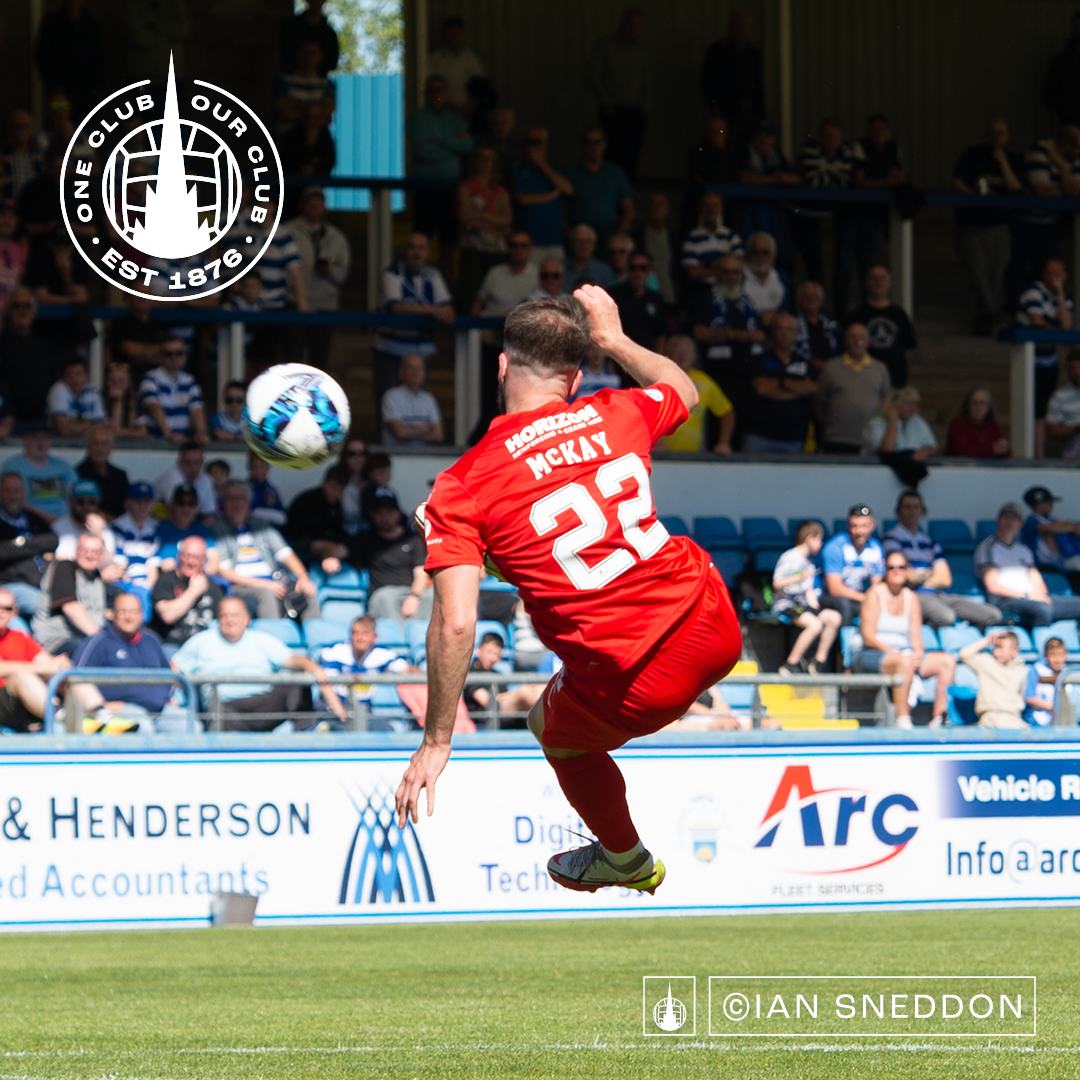 It was two points for Falkirk as John McGlynn’s side sealed a bonus point following a goalless draw with Greenock Morton.

It was a first competitive fixture for both teams, and it showed early on with a sluggish start to the match. The best chance of the first half came on fifteen minutes, when Jai Quitongo went through on goal over the top. The Morton forward did well to take the ball around PJ Morrison, but Brad McKay made it back in time to perform a goal line clearance. The best Falkirk chance of the first half fell to Sean Mackie, after the play opened up for Falkirk’s left back, but he fired over from range.

Both sides struggled to create in the opening period, with Morton perhaps looking slightly more purposeful in attack, but the match was jolted into life by the sending off of Quitongo on the stroke of half time. After Liam Henderson cleared the ball out, Quitongo came in late from behind, and was rightfully shown a red card.

Just after the break Falkirk nearly got the opener, as Sean Mackie broke free down the left and played a cross into the box that Craig McGuffie did brilliantly to meet, but he headed over from the edge of the six yard box. Soon after The Bairns were given a blow as they lost their man advantage when Liam Henderson was shown a straight red for denying a goalscoring opportunity.

The red card sparked a flurry of chances, and Falkirk should really have scored as Craig McGuffie was put through on goal but was unable to lift his shot over the onrushing goalkeeper. Next Mackie finished a brilliant spell of Falkirk possession around the Morton box with a shot that smashed off the crossbar. Seconds later the visitors hit the woodwork themselves, when a free kick into the box caused a scramble which resulted in an effort coming off the bar and into a grateful PJ Morrison’s hands.

Both teams pushed for a winner as the game came to a close. Morton looked most dangerous on the breakthrough Kabia, who brushed past his man and cut inside before firing wide, and through long throw ins, several of which caused problems in the Falkirk box. The Bairns also looked good on the break and had some good moments of build-up play, the best of which saw the defence part for Jaime Wilson, but he delayed taking his shot and was closed down.

The match ended in a draw, meaning a penalty shootout for the extra point. Morton won both coin tosses, and were successful in their first four penalties, but PJ Morrison’s save of Jaze Kabia’s penalty meant Brad McKay just had to convert his spot kick to earn Falkirk the point, which he duly did!