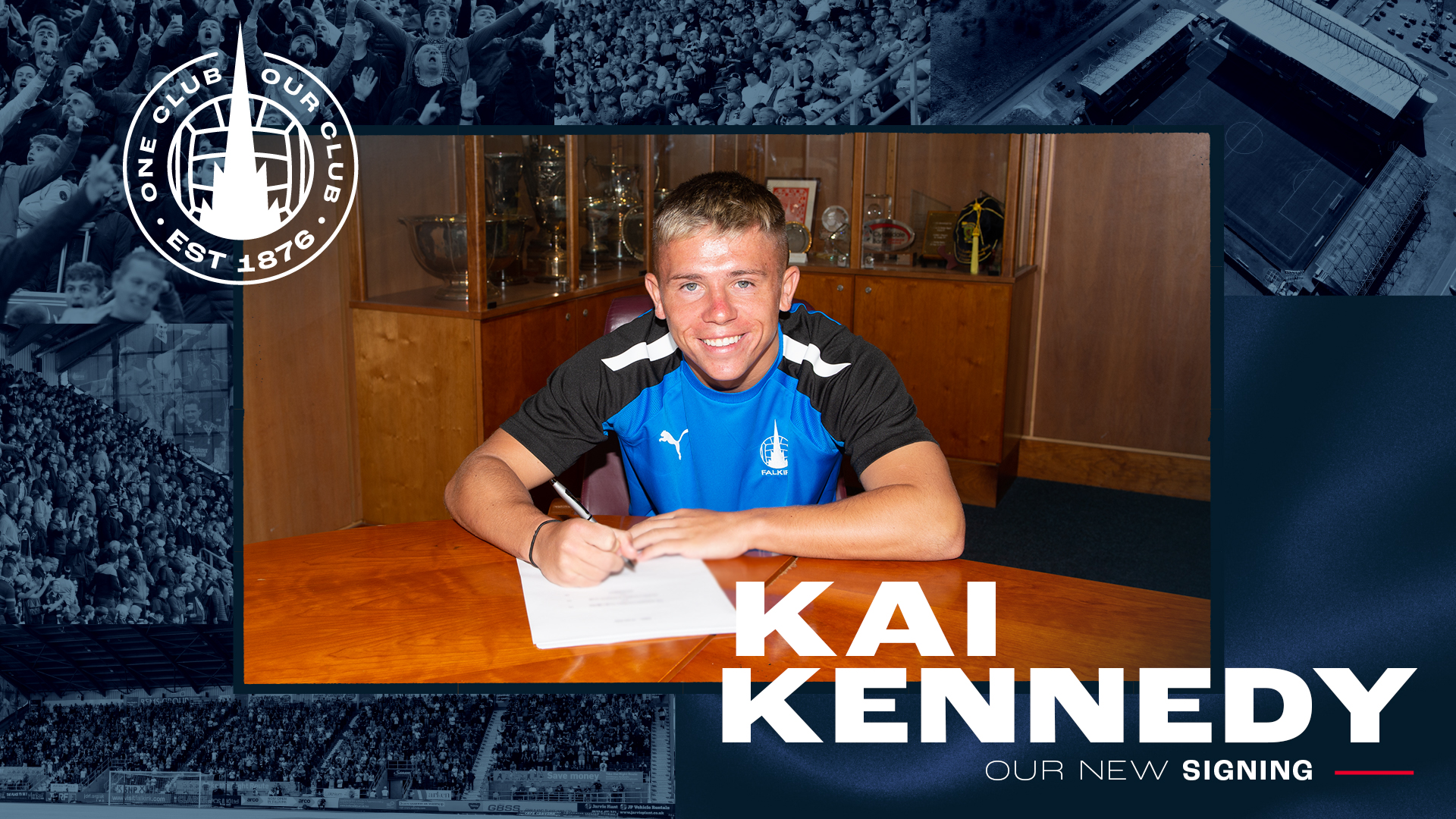 Falkirk Football Club is delighted to announce the loan signing of Kai Kennedy from Rangers FC.

The 20-year-old winger joins The Bairns from the Ibrox side until the end of the 2022/23 season.

The Bairns beat approaches from several other clubs to secure a loan deal for the highly rated youngster, who joined up this morning with his new teammates for a first day of training and will wear squad number 73 for the season.

“Kai has come here to do well, he wants to kick his career on and we’re looking to help him, and all the other players here at Falkirk with that. We’re still looking within the transfer market, and we are still hopeful that we’ll be bringing others in. I would like to thank everyone at Rangers who has made this loan deal possible.”