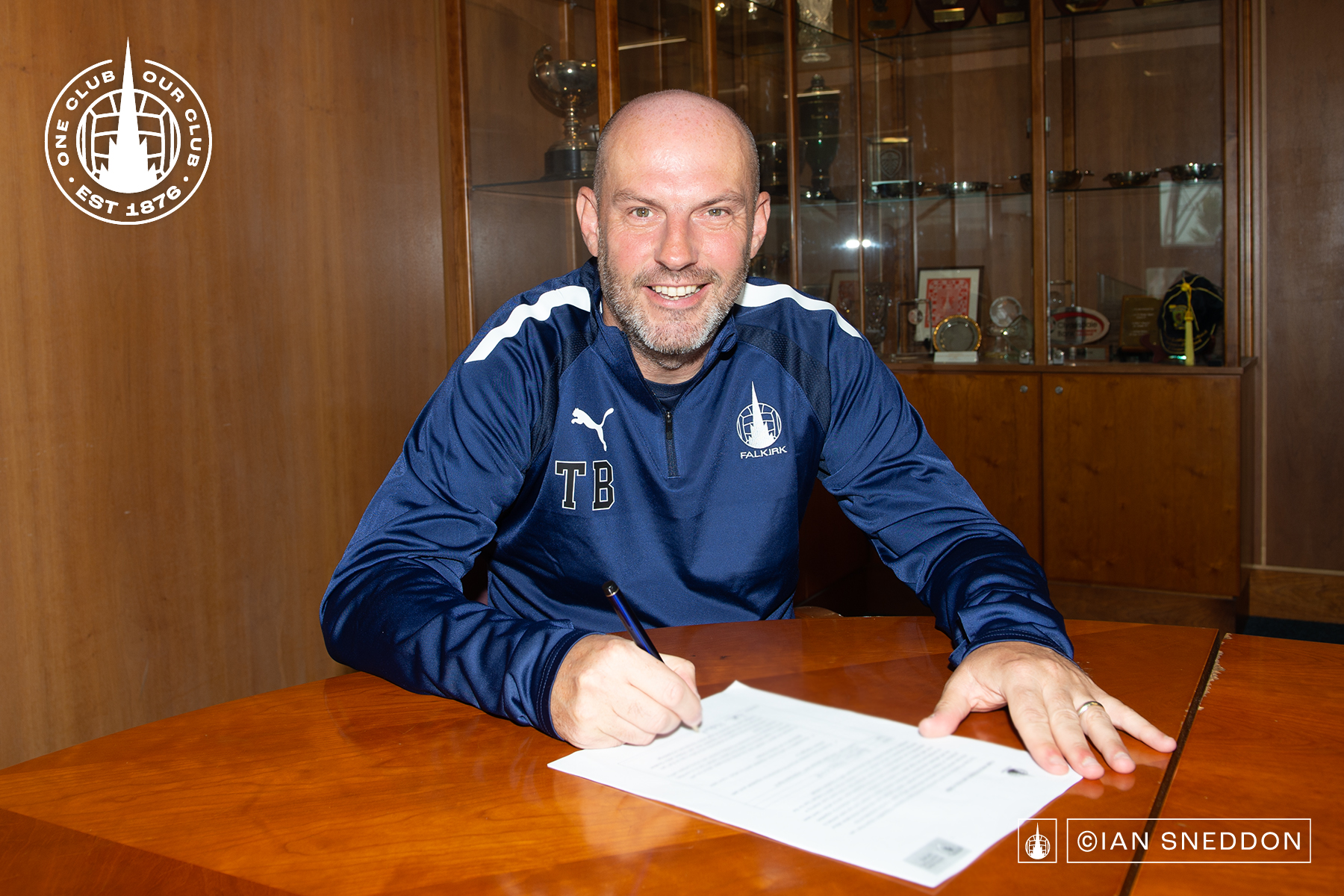 Falkirk Football Club is delighted to announce the appointment of Tony Begg as the club’s new Head of Youth Development.

Tony is an experienced youth coach, having worked at clubs such as Motherwell FC and Hibernian FC before spending over seven years with the Scottish FA as a coach and Club Development Officer. He managed Penicuik Athletic FC for two years before leaving the East of Scotland League Premier Division club to become an Academy Coach at Hibernian FC in his second spell with the Easter Road side. He leaves Hibernian for Falkirk having just won the Foyle Cup in Northern Ireland, beating out opposition from all over the world to claim the trophy.

“I am delighted to be here. Falkirk is a club with huge potential, with a fantastic stadium and great facilities, and it’s a fantastic opportunity to help lead, shape and develop the club’s youth development going forward.

“I look forward to working with the CEO and First Team coaching team as we grow the club’s youth development programme and get the club back to where it belongs as one of the best destinations for promising young players in Scotland. There are good staff already in place here, and my job is to help them make what we have the best it can be and grow it over time.

“I look forward to meeting all the players and parents over the coming weeks and getting started!”

“We are delighted to welcome Tony to Falkirk. We were extremely pleased with the standard of applicant who came forward for this role and Tony progressed through a rigorous three-stage process against a strong candidate pool before being chosen as our new Head of Youth Development.

“Tony’s role will be to once again ensure the football club can be one of the best producers and developers of young footballers in the country. There’s a fantastic opportunity to rebuild our youth development programme over the coming years and once again give Falkirk supporters young players playing with passion and pride, which will hopefully lead to renewed success on the park.”

Tony will speak to Falkirk TV in the coming days to discuss his new role and plans for the future.